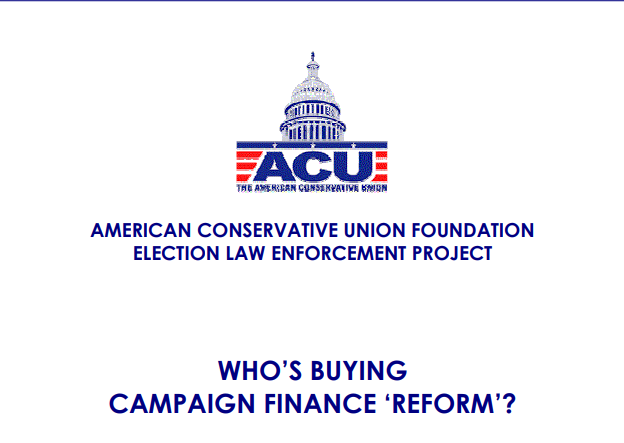 The American Conservative Union (ACU) commissioned this report, Who’s Buying Campaign Finance Reform? to shed light on where the anti-First Amendment, campaign ‘reform’ movement gets its money and what its leaders, followers and funders really want for America. What we present here are some facts: the campaign finance reform ‘campaign’ is controlled and financed by liberal foundations and wealthy donors to the Democratic Party and Democratic candidates, with a decidedly liberal public policy agenda on substantive issues

Did Firms Profit from Soft Money?

This paper uses event study methodology to measure whether firms that gave soft money to political parties received excessively high rates of returns from their ...