This Is Reform? Predicting the Impact of the New Campaign Financing Regulations 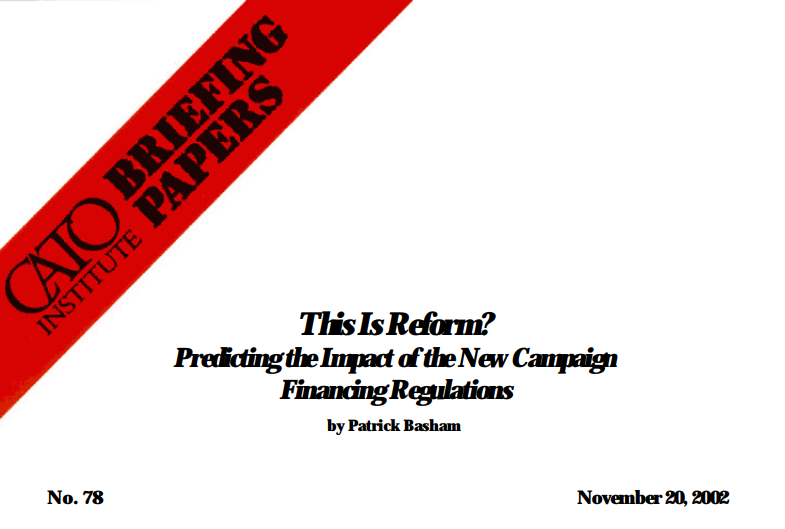 McCain-style campaign finance regulation is the new campaign reality. But what exactly will this reformist utopia look like? Assessing the “reformed” campaign of the future against the stated desires and expectations of the principal campaign finance regulators and their media supporters, this paper predicts the most important changes in political campaigning, changes that will be experienced for the first time during the 2003–04 electoral cycle. Those changes include the following:

Overall, the allegedly reformed campaign of the future will be less competitive, less controlled by candidates and their parties, and more influenced by the mainstream media and will involve fewer voters than the typical campaign of today. Most Americans support real campaign finance reform, but clearly this is not the future promised to them by the self-described reformers.

Outsourcing Politics: The Hostile Takeovers of Our Hollowed out Political Parties

In this article by New York University School of Law Professor Samuel Issacharoff, the author examines the effect of multiple factors, including strict campaign ...

The Benefits of Campaign Spending

Critics of American politics often say that spending on electoral campaigns harms our democracy and charge that the money goes for cynical, negative, and ...