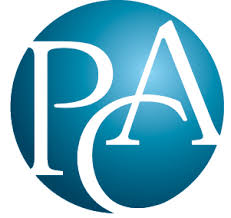 If the government is considering a law that would damage your business, how would you respond?

According to a new poll from the Public Affairs Council (PAC), an overwhelming majority of Americans would attempt to persuade elected officials to change the law to protect their company. These findings challenge the common assertion that Americans don’t want business groups involved in politics.

On the contrary, a majority of Americans view business lobbying as acceptable for a wide range of goals: to protect jobs (80%), to open new markets (72%), to create a more level playing field with their competitors (71%), or even simply to reduce business costs (58%). Moreover, a majority of Americans (54%) indicated that they would make campaign contributions to like-minded public officials if they were CEOs.

PAC’s poll questions provide particularly useful data because they personalize an issue that is usually presented in the abstract. Polling has long shown that if you ask people their opinion of corporate money in politics, most will give a negative answer, for obvious reasons. “Corporate,” “money,” “politics” – which of these words elicits positive reactions?

The issue looks much different when it’s personalized. If jobs in your community are threatened by pending legislation, or if your family members, friends, or neighbors are likely to be put out of work by a proposed regulation, you’ll wish their company had the ability to speak out. By asking individuals to imagine themselves as CEOs, the poll forces respondents to consider the costs of remaining silent.

In that mindset, Americans understand that companies not only have a right to advocate for their interests and the interests of their employees, they have an obligation to do so. Just 2% of respondents said they would “probably not take any” political action in the face of unfavorable legislation or regulations.

In a free civil society, individuals, political committees, associations, unions, nonprofits, and companies are all invited to add their two cents. The boisterous competition of ideas that results from such unfettered freedom is what a healthy republic thrives on. As we face daunting threats to our First Amendment rights, it is heartening to see that Americans still fundamentally grasp that political engagement is essential, even for businesses.

The outsized attention being paid to a few special elections means an early opportunity for the politically active to create favorable momentum going into ...