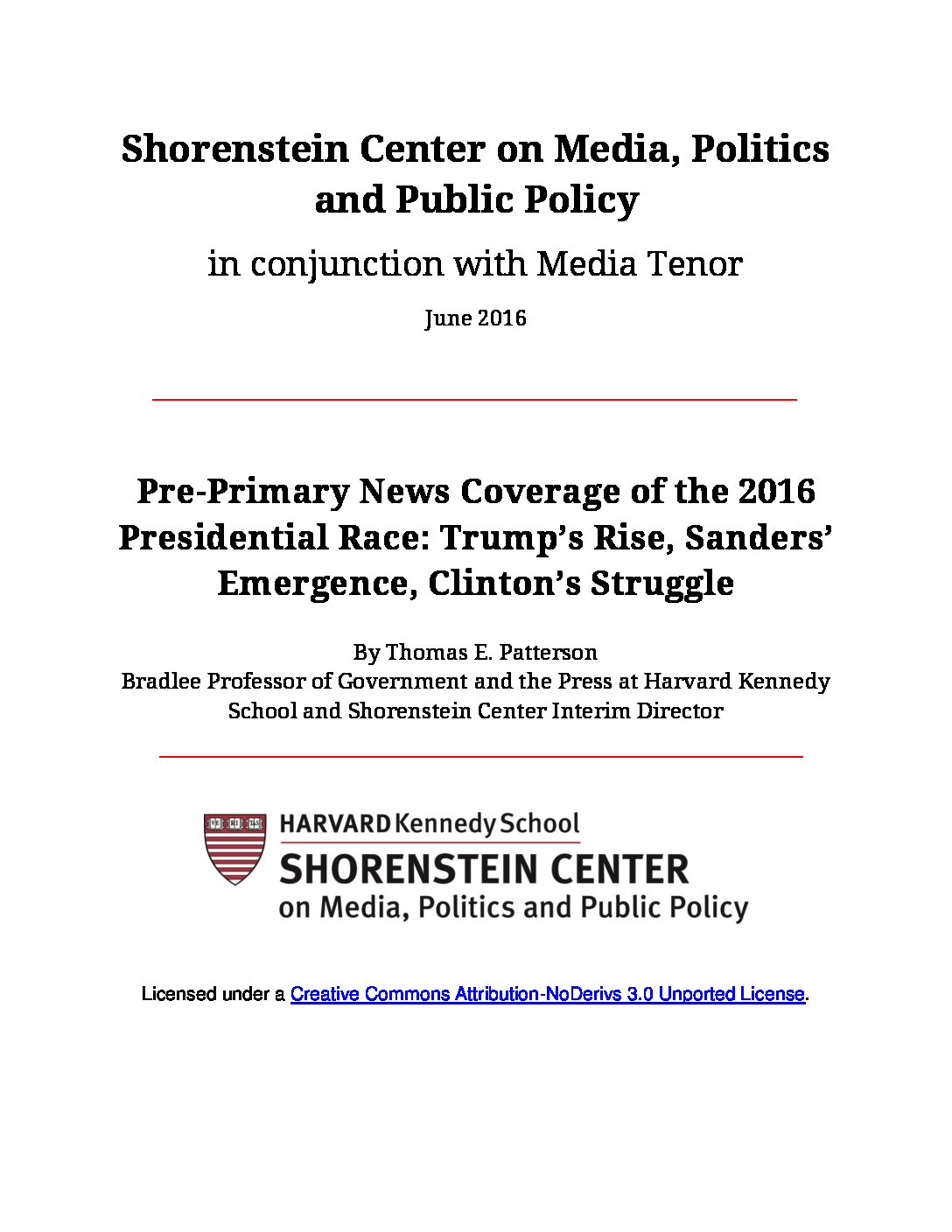 This analysis by Thomas E. Patterson of the Harvard Kennedy School and Shorenstein Center on Media, Politics and Public Policy evaluates news media coverage of the invisible primary phase of the 2016 presidential campaign through the lens of the election reporting of eight news outlets – CBS, Fox, the Los Angeles Times, NBC, The New York Times, USA Today, The Wall Street Journal, and The Washington Post.

In assessing the success of the Trump campaign in receiving significant amounts of earned media, Patterson’s analysis partially concludes, “[t]he answer is that journalists were behaving in their normal way. Although journalists play a political brokering role in presidential primaries, their decisions are driven by news values rather than political values. Journalists are attracted to the new, the unusual, the sensational – the type of story material that will catch and hold an audience’s attention. Trump fit that need as no other candidate in recent memory. Trump is arguably the first bona fide media-created presidential nominee. Although he subsequently tapped a political nerve, journalists fueled his launch.”

When do the Rich Win?

Abstract: There is exploding academic and non-academic interest in the relative influence of economic “haves” and “have-nots” on public policy. In a recent, widely referenced ...

The Per Curiam Opinion of Steel: Buckley v. Valeo as Superprecedent? Clues from Wisconsin and Vermont

he rich tapestry of American campaign finance law continued to accumulate threads with the Court’s decisions this term in Randall v. Sorrell4 and Wisconsin Right to ...