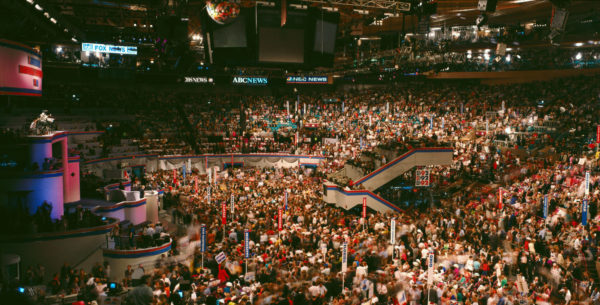 From 1976 to 2012, national political parties relied on public funding to carry out presidential nominating conventions.[1] In 2014, legislation was enacted to shift convention financing from a taxpayer-based to private contribution-based system.[2] Now, national party committees may establish a separate, segregated account “used solely to defray expenses incurred with respect to a presidential nominating convention.”[3]

In 2016, the DNC spent $16.6 million and the RNC spent $10.6 million on their respective presidential nominating conventions.[6] This year, the DNC and RNC accounted for the usual convention costs that tend to rise slightly each cycle with inflation. Then, a pandemic arrived, and the parties were forced to bear the added cost of executing a first-of-its-kind, COVID-19-safe, digital operation from multiple venues. Those added costs will likely be tacked onto the price tag of a traditional convention format that was scrapped just months prior as a result of the pandemic. It is very much within the realm of possibility that each national party hits the $20,000,000 expenditure limit at some point in the next several election cycles.

The Supreme Court has decided that limits on political expenditures deserve closer scrutiny than restrictions on political contributions, as the former tend to curb expressive and associational activity more than the latter.[7] Moreover, the Court has found that expenditure limits are rarely justified, as they have a less direct link to political corruption.

Section 30116(a)(9)(A)’s $20,000,000 cap unconstitutionally limits national parties’ ability to engage in political expression. Further, it disincentivizes convention committees from raising as much as they can; why raise more money than you are allowed to spend?

I. Presidential nominating conventions are national forums for political expression.

Expenditure limits are nearly always unconstitutional because they restrict the amount of money a speaker can spend on political communication; the reduction, in turn, produces a lessened quality of expression and discussion of ideas.[8] In Buckley v. Valeo, the Supreme Court held that restrictions on the amount of money a group can spend on political communication “necessarily reduces the quantity of expression by restricting the number of issues discussed, the depth of their exploration, and the size of the audience reached.”[9]

In practice, § 30116(a)(9)(A)’s $20,000,000 cap restricts convention committees from being able to reach their expressive potential because virtually every means of communicating ideas today requires the expenditure of money.[10] Presidential nominating conventions are not immune to this reality; nominating conventions are among the most expressive of operations administered by any political party but come at a high price. Convention committees must concern themselves with television, radio, and other mass media modes of communication during the convention, as these avenues have become indispensable to the modern electorate.[11]

Some convention committee expenditures also have less tangible, yet still significant expressive value. Presidential nominating conventions are attended by thousands and nationally televised, giving parties a tremendous stage to galvanize support and attract voters by showcasing speakers and articulating the party platform.[12] A relatively recent convention success story began on July 27, 2004, when millions of Americans were introduced to an Illinois state legislator named Barack Obama.[13] The keynote speaker captivated both convention attendees and America at large with a moving speech that would later be echoed in his 2008 and 2012 presidential campaigns. Indeed, the DNC signified its unity at the 2008 convention by having Hillary Clinton, who only conceded her presidential bid one month prior, nominate Barack Obama to thunderous applause.[14]

A veteran Democratic consultant who advised Ted Kennedy, Al Gore, and John Kerry at conventions over the years stated, “[t]he Convention, if done properly, allows you to set out a narrative and that narrative is something that voters can relate to.”[15]

To reiterate, presidential nominating conventions are the most attended and widely televised political forums where national parties and their representatives can engage in political speech.

Returning to § 30116(a)(9)(A), individuals and groups can contribute three times as much money to convention committees as they can to the national party committees. This empowers supporters to signal the intensity of their ideological support without running into the corruption risks that some argue large, direct contributions to candidates pose. Then, convention committees convert supporter contributions into expenditures; in effect, these expenditures are the combined political speech of many individuals. As it stands, § 30116(a)(9)(A) cuts off the combined political speech of many supporters at $20,000,000. Indeed, the Supreme Court has compared expenditure limits’ restrictive effect on free speech to “being free to drive an automobile as far and as often as one desires on a single tank of gasoline.”[16]

In Davis v. FEC, the Supreme Court considered a so-called “Millionaire’s Amendment,” which was triggered if a candidate for the United States House of Representatives spent more than $350,000 in personal funds on his or her campaign. Under the scheme, an opponent of the qualifying “millionaire” would then be permitted to collect individual contributions at three times the normal contribution limit amount. The constitutional challenger, Jack Davis, claimed that the scheme burdened his First Amendment right to make expenditures, since the result would enable his opponent to raise more money, effectively counteracting Davis’ own speech. The Supreme Court agreed with Davis’ concerns and ruled the Millionaire’s Amendment unconstitutional because it forced individuals who wish to robustly exercise their constitutional rights “to choose between the First Amendment right to engage in unfettered political speech and subjection to discriminatory fundraising limitations.”[17]

The provision restricting convention committees from spending more than $20,000,000 also disincentivizes maximal, private fundraising, as there is no point in raising more money than you are allowed to spend. For the same reasons the Supreme Court has struck down quasi-expenditure limits in the past, § 30116(a)(9)(A) would likely be found violative of the First Amendment.

The statute contains another curious feature as well. While the contribution limit on giving to convention accounts is adjusted for inflation in odd-numbered years, the expenditure limit remains stationary at $20,000,000.[19] Any limit not adjusted for inflation, no matter how large, will inevitably restrict more speech in the future than it does today.

No relief is found in the fact that the DNC, RNC, and any other “national committee,” as determined by the FEC, must equally abide by the $20,000,000 cap. Section 30116(a)(9)(A), like the expenditure limit struck down in Buckley, may be “neutral as to the ideas expressed” but still limits political expression that is at the core of our electoral process and our First Amendment freedoms.[20]

As mentioned, presidential nominating conventions were funded by public, taxpayer dollars until 2014. While some arguments exist to impose expenditure limits on candidates and groups in exchange for receiving public funds, those arguments fail when applied to private funds. This is particularly true in the case of giving to political parties, which is subject to conventional disclosure laws. The Supreme Court has recognized that “disclosure requirements deter actual corruption and avoid the appearance of corruption by exposing large contributions and expenditures to the light of publicity.”[22]

Not to mention, many expenses associated with presidential nominating conventions are completely divorced from other party efforts that bolster the support of certain candidates. Consider a few examples:

Although the 2020 presidential nominating conventions have concluded, the national parties will be forced to navigate both expected, inflated costs and unexpected costs in the future, as they contemplate lessons learned from this year’s unconventional conventions. As a matter of practicality and constitutionality, it is worth asking whether § 30116(a)(9)(A)’s expenditure limit is lawful.

[10] See id. (“The distribution of the humblest handbill or leaflet entails printing, paper, and circulation costs. Speeches and rallies generally necessitate hiring a hall and publicizing the event.”).

[15] Russell Berman, “What Actually Happens at the U.S. Presidential Conventions?” The Atlantic. Retrieved on September 1, 2020. Available at: https://www.theatlantic.com/politics/archive/2016/07/a-laymans-guide-to-the-republican-and-democratic-national-conventions/489560/ (July 10, 2016).

[21] See McCutcheon v. FEC, 572 U.S. 185, 192 (2014) (“Campaign finance restrictions that pursue other objectives, we have explained, impermissibly inject the Government ‘into the debate over who should govern’ . . . [a]nd those who govern should be the last people to help decide who should govern.”). 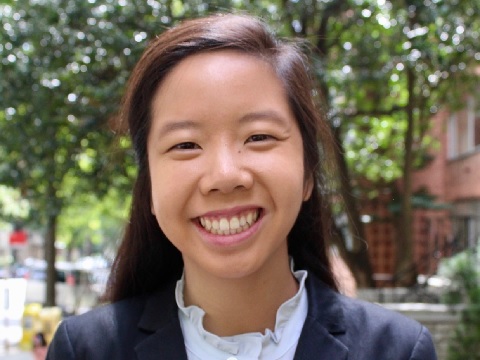 Over Thanksgiving, one of your relatives may have mentioned the amount of money ($6.4 Billion) spent in the 2016 election cycle, asserting that there ...

“Dark money” is a pejorative term for spending on ads urging the election or defeat of candidates by nonprofit groups – typically 501(c)(4) social welfare ...