Recapping the year of the super PAC 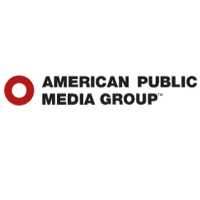 As we enjoy the relative radio silence of all things related to super PACs, campaign finance, the influence of the misnamed “dark” money in politics, contribution limits, disclosure of donors, and unfounded fears over non-profits’ roles in campaign fundraising, we offer, ironically, a radio clip on what to expect in 2013 from big donors who became nearly household names in the 2012 presidential election.

American Public Media, in collaboration with the Center for Public Integrity (who tend to be a bit more progressive in their approach to this issue, which is to say they are funded by people who favor campaign finance reform), has this to say:

“The biggest donors contributed toward Republican candidates,” says Marshall-Genzer. “So in that respect, no, they didn’t have a very good rate of return. Adelson, for example, gave money directly to nine candidates. Only one of them won.”

So if Adelson and other big donors weren’t as successful as they thought they would be, will they contribute just as big in the next election?

“The money is not going anywhere,” says Marshall-Genzer. “Adelson says yeah, he’s going to be back. He says he’s a gambling man. He owns casinos after all, that’s how he’s made his money. He says he doesn’t cry when he loses because there’s always a new hand coming up. That seems to be the big donors’ philosophy when it comes to politics.”

And Marshall-Genzer says that big donors like Adelson aren’t just limiting themselves to backing or opposing candidates. They are also interested in issues. Adelson is especially interested in the various ballot initiatives and legislation on organized labor, including the new right-to-work law in Michigan.

We agree that it’s wise to expect donors to super PACs to express interest in the promulgation of issues during the years between elections. However, it’s also wise not to misunderstand that just because the biggest donors contributed to Republicans doesn’t mean that Democrats were hurting the last go round. Nor should we expect them to in the future, no matter how super PAC money is spent. Listen to the full audio file below.

The Mets Aren’t Good, But Free Speech Is

The World Series is now underway between the Boston Red Sox and the Los Angeles Dodgers. Absent from the Fall Classic due to their ...

This piece originally appeared in National Review on March 26, 2020.    The 2020 Democratic presidential primary began with over 20 governors, senators, congressmen, and political ...