Advocacy Groups: Made from Love 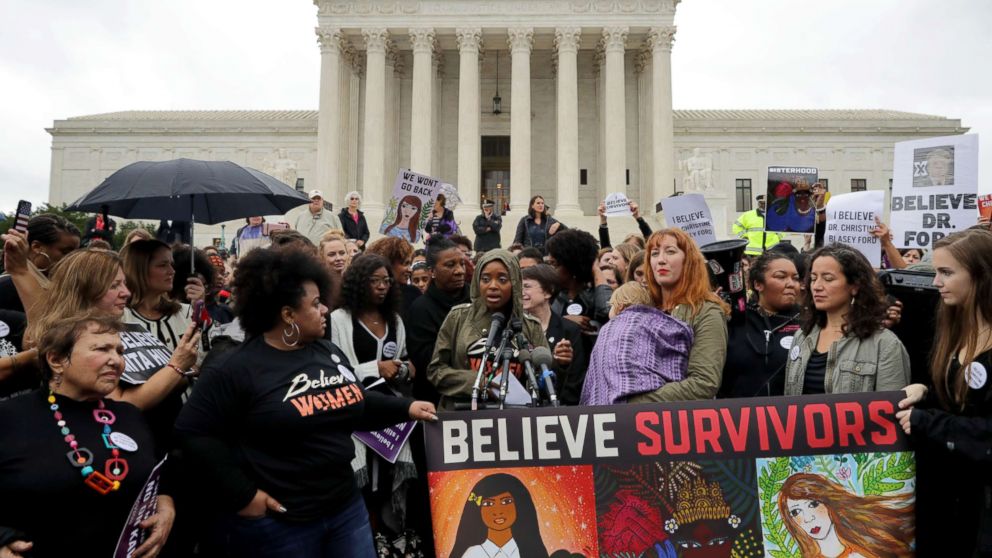 Another day, another accusation about paid protesters.

As the Brett Kavanaugh confirmation process moved to its final stages, President Trump took to Twitter to accuse those protesting Kavanaugh’s confirmation of being “paid professionals.”

The myth of ready-to-go, paid-for protesters as the people who show up for any particular political cause has been thoroughly debunked over the years. It does, however, remain a talking point on both sides of any political debate. George Soros paid for this or the Koch brothers funded that, opponents cry.

Even more ridiculous is the accusation that protesters’ signs are illegitimate because they were not “made in the basement from love.” (They are clearly made in the garage from poster board.)

Sillier still is the idea that money is somehow unnecessary for speech. Even if the signs were made in the basement (from love), it would take money to buy the materials at the store. In order for a sign to be seen, the person would need to get transportation to a place where their sign would be visible.  In the case of those protesting Justice Kavanaugh’s confirmation, traveling to the nation’s capital can be an expensive proposition.

But even spending your money might not be enough to make your voice heard.

This is why people from all over the country work together and form groups to amplify their collective voices. These groups raise money from hundreds, if not thousands, of individuals to support the causes and goals they believe in.

Not everyone can afford to take time away from their family, work, or community to participate in rallies or protests. But many can afford a small donation to support those who have the time to demonstrate for a shared goal.

America has a long history of different organizations working to organize and supply their supporters, so they can be more effective at accomplishing their mission. Causes as celebrated as the women’s suffrage movement or the civil rights movement relied on groups to organize and direct their efforts. These movements had many wealthy patrons but were successful because ordinary Americans supported and ultimately agreed with them. Does who funded their speech make their cause any less worthy?

Advocacy groups are essential to a healthy and well-functioning democracy. They provide a megaphone to the voices of ordinary citizens, so they can be heard by those in power. The same is true of the groups that spoke out to support or oppose Justice Kavanaugh’s confirmation.

Advocacy groups employ professionals who have the skills and expertise necessary to do the yeoman’s organizational, logistical, and messaging work to make those volunteering their time as effective as possible. To deny people’s passion or sincerity is willful blindness.

Look no further than the GoFundMe to pay for Dr. Christine Blasey Ford’s security. The page has seen an outpouring of support and raised almost $630,000 due to the generosity of more than 13,600 donors. Saying her support is driven by a few large donors is naive.

Similar conclusions can be drawn from the GoFundMe supporting Brett Kavanaugh’s family.

Attacks on these organizations, and their supporters, are usually just bad faith efforts to dismiss their messages out of hand. The accusation of paid protesting is also a convenient way to frame all opposition as illegitimate. Anyone opposing you must be doing the bidding of some shadowy billionaire or secret cabal.

President Trump is wrong to accuse those supporting Dr. Ford of not being sincere in their beliefs. America is built on people working together. Writing off those that disagree with you is a mistake.

The President of the United States should know better.

Add a new chapter to the debate over private regulation of speech. Wells Fargo closed the bank account of a Florida candidate who received campaign contributions ...