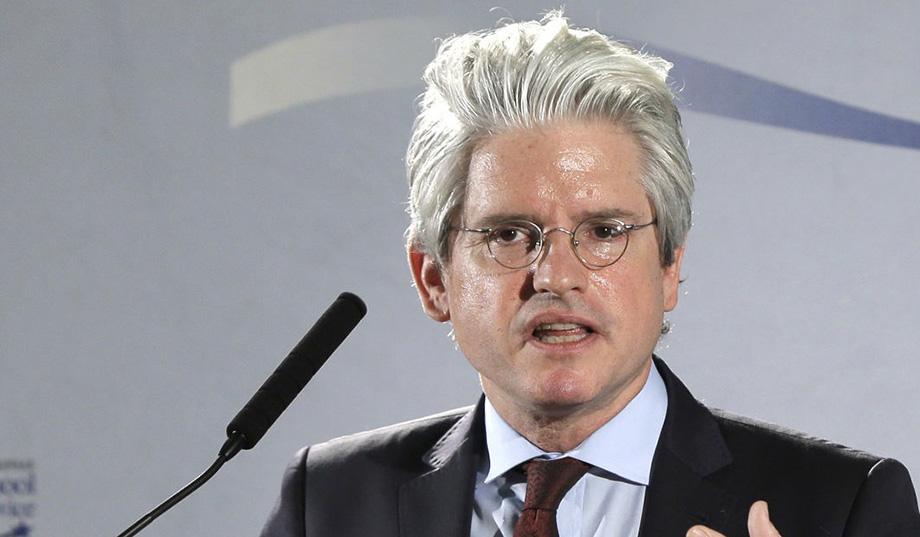 At the end of January, The Washington Free Beacon reported on a “private and confidential” memo obtained at a retreat hosted by progressive activist and Hillary Clinton supporter David Brock. Brock is best known as a founder, owner, and board member of numerous progressive activist groups, including American Bridge, Citizens for Responsibility and Ethics in Washington (CREW), Media Matters for America, and Shareblue. The memo includes individualized strategies for the four aforementioned groups under the umbrella name, “Democracy Matters.”

In total, the memo presents an interesting peek at the priorities of Brock’s progressive groups over the next four years and the nature of political cooperation between them.

In particular, the memo outlines future political opposition to the Trump Administration and alt-right, but also efforts to elect Democrats in the states. This includes plans for traditional and social media messaging, mobilization in federal and state elections, and advocacy for certain policy positions, such as greater political speech regulation.

Indeed, while direct references to campaign finance issues in the memo speak in broad strokes about “special interests” and “dark money,” they may potentially represent a major concerted effort through litigation, legislation, and good old-fashioned public shaming campaigns not just to oppose the President’s agenda, but also to exclude certain groups from participating in the political process.

In one section, CREW outlines its metric for evaluating success in this area:

Powerful industries and interest groups will see their influence wane. Our legal complaints and litigation will lead to fines and enforcement, abandonment of improper forms of influence and campaign finance abuses, court decisions enforcing the law on money in politics, and increased oversight and better rules from agencies and Congress.

If this sounds innocuous, it is important to remember that, among advocates of speech regulation, what constitutes “improper forms of influence,” “abuses” of campaign finance law, and “better rules” is much more broad than what the law currently provides for. That’s why groups like CREW and their political allies have consistently pushed for federal agencies to unilaterally increase their regulatory powers, and have sought legislation to give incumbent politicians more leeway in limiting free speech and political participation. From their perspective, banning books and publicizing the identities of donors to charities that publish nonpartisan voter guides are examples of “better rules.”

That this memo and the coordinated strategy it describes are intended to be “private and confidential” does not imply that what these organizations are doing is at all unethical or illegitimate. However, such concealment might be designed to avoid public embarrassment, given that these groups desire to make others pay a price for the very actions they are undertaking. CREW has promised to “highlight the influence of special interests” at the state level, and make so-called “dark money” a “political liability” in key states. This is clearly a fate they want to avoid for themselves.

The term “dark money” is an oft-used and misleading term loosely referring to nonprofits that are not required by law to publicly disclose the private information of their supporters to the government because such groups are prohibited by law from using the majority of their resources to participate in politics. (These groups are required to disclose their donors that specifically earmark their contributions for political expenditures.) “Dark money” spending is consistently a tiny portion of overall political spending in elections – early figures peg nonprofit spending at 2.5% of overall spending in the 2016 cycle – but this reality has not stopped speech regulation advocates from depicting nonprofit groups in the most apocalyptic terms.

The irony of condemning “dark money” must not be lost on Brock’s groups. After all, Media Matters and CREW are both 501(c)(3) nonprofits – the types of organizations that are often described as “dark money” groups. American Bridge is a super PAC – organizations that are often criticized by those on the Left – while Shareblue is a progressive news website. Despite their organizational independence, the memo depicts these groups almost as if they were simply arms of the Democratic Party. It openly outlines plans to elect more Democrats in 2018 and 2020 and makes frequent references to the Party. David Brock’s outspoken advocacy for the Clintons in particular is so strong that during the 2016 election it had been said that Shareblue’s “real metric of success… is getting Mrs. Clinton elected.”

Again, it’s important to emphasize that there’s nothing wrong with Brock’s groups or like-minded organizations participating in politics this way. They feel that the current configuration of Congress, the states, and the White House is contrary to their political ideals, and want to support a Party they believe in and that shares their values. As campaign finance law currently incentivizes such groups to work outside of formal party structures, thanks to low contribution limits and strict coordination limits that restrain the ability of parties to work effectively with their supporters, it simply makes sense to find other ways to organize politically.

But there is something wrong with hypocrisy, and with trying to deny other individuals the right to participate in advocacy in the exact same way. Brock and his organizations have close ties with powerful political figures, are well-funded, and would have little problem complying with any new regulations they support. Yet they want to demonize similar groups as illegitimate and impose regulations that would be a significant or fatal burden to less well-connected or wealthy advocacy groups. This state of affairs is unfair.

Denying First Amendment rights to certain Americans is a powerful way to insulate those who already possess power. David Brock’s progressive organizations have every right to plan and carry out their opposition to those they disagree with. But his groups should also respect the right of everyone else to do the same.

Is the media waking up to the myths of “money in politics”?

It has become a hallmark of election season chatter to read stories about money “flooding into politics” in various media outlets. Usually, these discussions ...