All I Want for Christmas Is Lawmakers to Respect Privacy 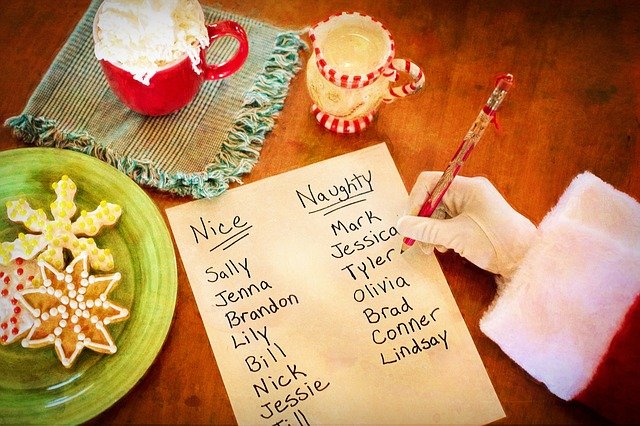 He’s making a list and checking it twice. But he’s not Santa – he’s Congressman Tom Suozzi, a New York Democrat who plans to name and shame New Yorkers who donate to candidates he doesn’t like. Nothing shouts holiday spirit more than a personalized political enemies project.

Rep. Suozzi wants to repeal the federal cap on write-offs for state and local taxes (SALT). Even if you disagree, you probably respect his right to express his views, but the Congressman won’t grant you the same courtesy. In early December, he told reporters, “No New Yorker should contribute to a politician who is undermining our state.” If you dare disobey, he’ll add you to his naughty list – one with serious, real world consequences, like potential harassment and retaliation. His plan? Use the FEC’s donor database to publish the private information of New Yorkers who give to candidates opposing repeal of the SALT cap.

Aside from being authoritarian and creepy, his plan is also sloppy. Suozzi said on Monday, “We have to get organized and start holding these elected officials who are consciously undermining our state to account.” Ah yes, hold these elected officials to account by punishing ordinary Americans who are minding their own business! That makes perfect sense. Way to stick it to The Man.

Equally bizarre, Rep. Suozzi is singling out donors for views they may not even hold. Americans donate to campaigns for all kinds of reasons, not just their position on the SALT cap, if you can believe that. Rep. Suozzi is assigning meaning where it does not exist. The Americans he plans on outing likely donated for reasons entirely unrelated to his pet issue. But sure, add them to the list anyway – what could possibly go wrong? Other than being fired, intimidated, harassed, or having your business destroyed, of course.

What’s worse, Rep. Suozzi’s enemies list is made possible by our invasive campaign finance laws. Every American who gives more than $200 to a candidate for president or Congress, or to a political party, has his name, home address, and employer published in an online, searchable database. Every state has similar laws for reporting contributions to state candidates, many with substantially lower donation thresholds. As Suozzi’s project shows, these laws can easily be abused to harass political enemies. Whether or not it’s his intent, the Long Island Congressman makes a great case for raising the threshold triggering disclosure.

If Rep. Suozzi wants to gain support for his cause, he should try appealing to reason. Sure, substantive policy discussions can be difficult, especially when you’re talking to someone with firmly held views. But isn’t it his job to persuade other lawmakers, even those with whom he may disagree? If he can’t deliver on his goals, he should blame himself or other politicians – not regular Americans exercising their First Amendment rights.