Individuals of All Beliefs Benefit from Strong Privacy Protections 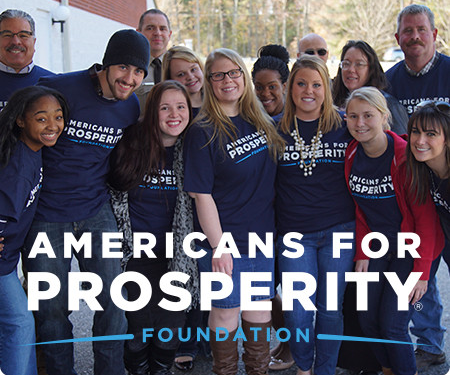 On January 8, the Supreme Court accepted Americans For Prosperity Foundation v. Becerra for review. The case is about whether a nonprofit organization has the right to protect the privacy of its donors in California. The Supreme Court’s answer to this question will have substantial implications for free speech and association across the entire country.

Anonymous speech and association have been important in America since its founding. Thomas Paine’s “Common Sense” was first published anonymously – after all, advocating for revolution tends to raise the possibility of government retaliation. Similarly, “Publius” was a pseudonym used by the three authors collectively arguing for the Constitution in the “Federalist Papers.” It’s perhaps unsurprising, then, that speech and association were protected in the First Amendment to the Constitution.

Since the founding, anonymous speech has continued to play an important role in allowing America to develop and evolve. The minority views of yesteryear frequently become the dominant wisdom of the present. Consider homosexuality, which has, over a matter of a few decades, gone from criminalization under sodomy laws to widespread and rapidly growing acceptance. It wasn’t long ago that openly advocating for gay rights carried a very real risk of social repercussions, from ostracism to loss of employment or even the disruption of familial relationships.

In this context arose the Mattachine Society. The name itself was a reference to a medieval secret society that wore masks to preserve anonymity for critics of the French monarchy. In America, it was one of the first national gay rights organizations. The Mattachine Society used anonymous donations to raise funds to pay for the defense of gay people who had been arrested for public indecency. It also published newsletters as a way of distributing information among its members. In many ways, the Society set the modern gay rights movement in motion, and yet almost all of its members remained fully anonymous – even to each other.

The Supreme Court recognized the importance of anonymous association to public discourse in NAACP v. Alabama. In the 1950s, Alabama had sought to obtain the member lists of the NAACP, including all its donors. The lists would have facilitated harassment of the individuals that were supporting the NAACP’s critical work to end segregation. These efforts had already found success – over the previous three years, the NAACP lost almost half of its southern members, many of whom were fearful that their names might be distributed to friends and neighbors, leading to reprisals. Fortunately, the Supreme Court held that the rights of speech and association inherently included a right to privacy, and that government must show a compelling interest before breaching that privacy.

The largely anonymous support of thousands of individuals, mostly through membership and donations to civil rights organizations, made possible the work of better-known, charismatic leaders. By contributing, individuals provided meaningful support to a cause they believed in, and they avoided potential repercussions in their business or personal lives if their support were publicly known. NAACP v. Alabama ensured that the government could not cut off that vital support through donor disclosure laws.

The rationale of NAACP v. Alabama is just as relevant today, when the internet allows the dissemination of identities in an instant, and public reprisals are often swift and merciless. Individuals with the “wrong” association face all manner of potential backlash, including having their business flooded with negative reviews, being fired, or receiving online death threats. For example, following a contentious ballot measure in California, individuals used state disclosure laws to create an online target map overlaid with the names and home addresses of donors that supported the measure. Donors were subjected to hateful emails, protests at their businesses, and other confrontations.

The loss of anonymity in California is certain to chill donations to nonprofit organizations nationwide. The state’s size makes it one of the most active for political speech. In 2013, for example, donations from California represented 13.7% of charitable donations in the United States – over $27 billion.

But more important is the principle involved: Individuals should have the right to freely – and privately – associate. When government seeks to interfere with that anonymity, the Supreme Court has said that it must first identify a compelling interest and then narrowly draw the law to ensure that no more speech than necessary is chilled.

California’s disclosure law does no such thing. It requires that all nonprofits hand over their donor information, regardless of whether there is any evidence, or even any accusation, of wrongdoing. Even if California has good intentions about the data it acquires, evidence at the trial court showed that poor security practices by the state allowed many donor lists to be freely accessible to the public.

The Ninth Circuit ignored the requirements for narrow tailoring and accepted California’s assurances that it would do better going forward. But this assurance surely rings hollow to many. After all, anonymity takes only a single breach to be lost forever. And the Ninth Circuit failed to realize that disclosure to government is enough to cause a First Amendment injury. Whether third parties may ever take retaliatory action is irrelevant. Individuals who desire privacy – from both government and third parties – will be dissuaded from contributing if their donations cannot be kept private.

Now more than ever, Americans are aware that their voluntary affiliations might be used as proof that they are deserving of “cancellation.” The Supreme Court has a chance to reaffirm the principles of private speech and association that were relevant at the founding, hard-fought during the civil rights era, and remain crucial today.

It is not enough just to try and protect free speech during an emergency. Rather, it is essential that, in advance of an emergency, ...

Welcome to another absurd yet completely predictable installment of misusing disclosure data. This time, it’s the media outlet Axios misusing data and misleading the ...