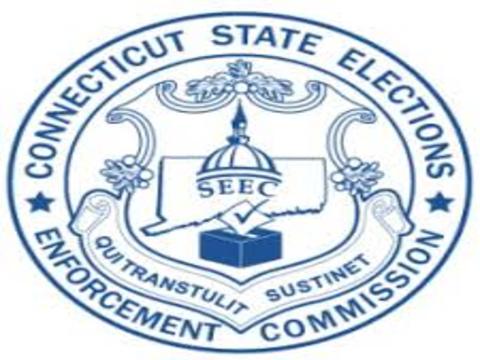 Imagine if federal law prevented 2020 congressional candidates from speaking to voters about their views on the Trump administration’s agenda or barred those seeking reelection in 2024 from telling constituents whether they voted for or against a Biden administration proposal. Such a law not only would violate the First Amendment rights of candidates but would also deny voters their right to hear pertinent information from those seeking to represent them in elected office.

One of the most important roles of legislators, whether they are in Congress or a state legislature, is to serve as a check on the executive’s power.

So, when former Connecticut State Senator Joe Markley and current State Senator (and then-Representative) Rob Sampson sent campaign mailers highlighting their efforts to oppose the governor’s agenda back in 2014, they thought they were sharing information highly relevant to potential voters. As they found out after Sampson’s opponent filed a complaint with the State Elections Enforcement Commission (SEEC), simply mentioning the governor’s policies violated Connecticut law.

The candidates were fined thousands of dollars as a consequence of naming the governor in their speech. Although the mailers clearly communicated Markley and Sampson’s policy views and their actions in support of those views, the SEEC ruled they were illegal expenditures on behalf of a gubernatorial candidate challenging then-Governor Dannel Malloy. No opponent of the governor was mentioned in any of the communications.

Other candidates accused of the same violation chose the much simpler path of settling with the Commission. As Markley explained in 2016, “Who wants to go through a legal dispute with the state?” While most individuals wouldn’t, he and Sampson decided to take a stand for the First Amendment. Represented by the Institute for Free Speech, they filed a lawsuit challenging the constitutionality of the fines and Connecticut’s ban on any mention of a candidate that is not a direct opponent.

The complaint against Markley and Sampson was filed in 2014, but only last month was the Superior Court of the Judicial District of New Britain finally able to hear the merits of their First Amendment challenge. The excessively drawn-out administrative and legal battles with the SEEC just to get to this point illustrate Markley’s prescient 2016 reference to the inherent disincentives against challenging state authorities.

Because the SEEC sought to have the case dismissed on procedural grounds, Markley and Sampson have already engaged in extensive litigation just to have their day in court. The effort to get to the merits of their First Amendment challenge has already required an appeal all the way to the state’s highest court. Fortunately, the Connecticut Supreme Court ruled this spring that the Superior Court must issue a ruling on the merits of the case.

Admitting guilt and forfeiting your First Amendment rights in exchange for a reduced fine is quite tempting when the alternative is years of expensive litigation. This reality highlights the importance of keeping laws likely to restrict speech off the books in the first place. Interestingly, the SEEC seems to agree that the law they’re currently defending in court shouldn’t be the law. As the Institute’s latest brief points out, in the 2019 legislative session, the agency itself proposed a bill that “would allow candidate committees to spend money on communications that identify . . . gubernatorial candidates right before the election without creating the requirement for reimbursement or joint campaigning. Such communications would not be considered contributions or expenditures on behalf of candidates for Governor . . . .”

No wonder the agency pulled out all the stops to avoid having to mount a defense on the merits. Here’s to hoping Markley and Sampson’s First Amendment rights are vindicated by the Superior Court in the new year.

The special election for the U.S. House seat for Georgia’s Sixth Congressional District is attracting a great deal of attention from the media. The ...

Candidate Oprah? Campaign Finance Laws Would Give Her a Leg Up

Oprah Winfrey’s speech at the Golden Globes this Sunday sparked speculation over whether the billionaire celebrity might run for president in 2020. Some are ...