This Constitution Day, Thank the Supreme Court for Protecting Americans Who Give 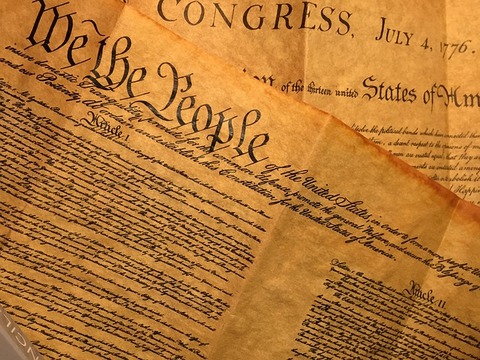 On Constitution Day this Friday, Americans should take time to celebrate the fantastic victory for First Amendment rights that took place at the Supreme Court this July in Americans for Prosperity Foundation v. Bonta (AFPF). In striking down California’s demand to know the names and addresses of all major donors to all registered charitable and nonprofit organizations in the state, the Court gave charities the freedom they need to function and Americans the security they need to give. Thanks to the Court’s strong ruling, charities can now ask Californians for support without turning over their members’ private information to state bureaucrats. The same is true in Hawaii, New Jersey, and New York, states which maintained similar policies prior to the Court’s ruling.

The immediate, real-world impact of the decision is a boon for nonprofit organizations, the Americans who support them, and the individuals and communities that benefit from their services. Private giving is essential to charities, many of which not only help those in need but also advocate for better public policies or government action to improve conditions for those they serve. Yet no good deed goes unpunished, and many Americans fear retaliation from public officials if they support a group that has criticized a powerful politician’s agenda or policy positions. The ability to join and support charitable groups privately allows charities to speak openly about their causes without jeopardizing the safety or well-being of their members.

Even for those Americans who do not fear the watchful eye of state officials, the AFPF case illustrates that reporting a group’s members to the government poses threats beyond government retaliation. Despite promising to keep charities’ donor records confidential, California carelessly exposed thousands of them on a public website. When these ‘confidential’ reports become public through leaks or hacking, the information can never be fully retracted, and supporters of even mainstream causes can find themselves harassed by an online fringe. Thankfully, Americans of all stripes no longer have to worry about states keeping this sensitive information secure, because they won’t be collecting it in the first place.

As impactful as the ruling’s effects are in the short-term, the long-term implications for the First Amendment are perhaps even greater. While the ruling leaves intact many laws exposing citizens’ political associations, such as mandatory public reporting of contributions to candidates, political parties, and election-focused groups like super PACs, the decision makes clear that government demands to know which groups we belong to implicate our First Amendment rights – whether a group can document previous harassment of its members or not. Laws that require reporting of donor information must be carefully and narrowly written to achieve one of the “important” government interests outlined by the Court.

California failed that test easily. A trial court could not find even a single instance in which the state’s policy of collecting all charities’ donor lists each year proved useful to a state investigation. California’s further assertions that mere ease of administration was sufficient justification for warehousing these sensitive donor records – in other words, that they should be allowed to continue collecting donor lists simply because it was convenient – was squarely rejected by the Court.

Yet other state statutes, most more careful than California’s, are surely vulnerable under the Court’s ruling. After all, many state laws and agencies seek to violate privacy in association over trivial donation amounts or speech about political issues unconnected to campaigns. Most notably, many of the current proposals to expand compulsory donor exposure requirements, including those in H.R. 1 and S. 1 in Congress, now rest on much shakier constitutional ground.

“Indeed, after AFPF, many proposed laws and regulations, including state laws requiring donor disclosure for nonprofit ‘grassroots’ lobbying, are highly suspect, and all will be subject to the ‘narrow tailoring’ requirement,” IFS Chairman Bradley A. Smith wrote in a primer about the decision. “Any laws attempting to impose a broader definition of electioneering communication than that previously accepted by the Court would also be suspect.”

That primer goes on to explain seven types of laws or regulations affecting speech and association rights that are in jeopardy after AFPF. Justice Sotomayor also saw the majority’s ruling as far-reaching, writing in dissent, “Today’s analysis marks reporting and disclosure requirements with a bull’s-eye.”

AFPF is not the end of forced disclosure, nor the end of laws restricting political speech and association. But it dramatically resets the playing field, giving proper respect to First Amendment rights and proper scrutiny to government actions. It poses very real challenges to politicians who wish to expose the membership of private groups, and it provides a strong precedent for Americans to push back against such efforts.

This has already happened in one of our cases. In what we believe is one of the first lower court rulings in the country to cite the AFPF precedent, a federal district court last week barred the city of Lakewood, Colorado from enforcing its campaign finance laws against a newsletter published by our client, the Lakewood Citizens Watchdog Group. That’s the sort of speech that’s been under assault for years. It’s the sort of speech we hope AFPF can make freer than ever.