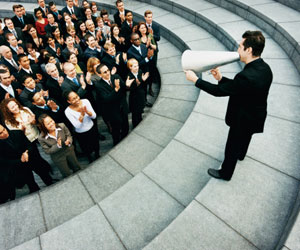 In a recent ad, an Iowa Senate candidate made the all-too-familiar pledge to “[not] take a dime of corporate PAC money, period.” Another House candidate in Illinois made a similar claim, writing, “I am proud to announce that I won’t be taking corporate PAC money in this campaign or in Congress.”

These pledges are certainly not novel, but rather something we’ve seen time and time again. While the intuitive response may be to praise such promises for their heroic altruism, they often mean very little in practice. Candidate pledges denouncing support from select groups tend to utilize public misunderstanding of campaign finance law to generate the facade of moral superiority, trade one form of support from business leaders for another, or fail to accurately represent the money supporting a specific campaign.

First, businesses can’t donate to candidates or PACs. That’s illegal. Instead, corporate PACs raise money through donations from employees in a certain sector or at a particular company, not from the businesses themselves. Contributors to corporate PACs are publicly reported and cannot give more than $5,000 per year. On top of that, a $5,000 per election contribution limit on giving from a corporate PAC to a candidate further restricts any supposed rent-seeking efforts.

Perhaps because the public is unfamiliar with the nuances of campaign finance law, candidates frequently pledge to reject corporate PAC money but then accept donations from leadership PACs that are funded in large part by corporate PACs and lobbyists. The pledge makes it appear they are sacrificing more than they are. It’s technically true because they aren’t accepting direct corporate PAC donations, but under the logic typically adopted by those who want greater restrictions on campaign finance, this one layer of separation amounts to little tangible difference. By exploiting the complexity of the campaign finance system, candidates can accept support from business interests in a roundabout way with less risk of political blowback.

Lastly, candidates often like to make the “no corporate PAC” pledge strictly as a publicity stunt, especially if they are unlikely to gain much support from such funding anyway. Corporate PACs direct nearly all of their money to incumbent politicians, whose reelection rates have hovered around 90% in the last few decades, and rarely take chances on challengers. Given the tendency of campaign finance laws to insulate incumbents and harm lesser-known challengers, a corporate PAC may see little benefit in directing support to these candidates. In other words, some candidates may never have received any corporate PAC money regardless of their pledge, but doesn’t the pledge make them seem so valiant anyway?

If a candidate wishes to reject corporate PAC money, they absolutely can, but it’s a strange move to reject legal forms of financial assistance from a group that agrees with your policies. The main difference between a corporate PAC and any other PAC is just that the word “corporate” gives people the heebie-jeebies. Not to mention, if I’m rejecting corporate PAC support as an incumbent, it probably means my campaign is financially healthy enough that I value the praise – or the potential to motivate my other supporters to increase their giving – more than the money. That’s likely the ultimate motivation behind most of these pledges.

The trend of rejecting corporate PAC support implies that we can improve our political culture if we root out the “bad” donors. The problem is that we don’t know what “good” and “bad” donors look like; we only know which ones it would be politically advantageous to label “good” or “bad.” Of course, candidates have the right to associate or not associate with whomever they please, but if the idea is that we can arbitrarily label certain donations as “bad” and then get everyone to sign a pledge rejecting them, what kind of legal campaign contributions are on the chopping block next?

In early March, the failed presidential campaign of billionaire Michael Bloomberg added to the reams of evidence that money can’t buy electoral success. In ...

Did a D.C. Federal Court Fail the “Major Purpose Test”?

A recent opinion by Judge Christopher R. Cooper of the federal District Court in Washington, D.C. poses new risks for advocacy groups and their ...