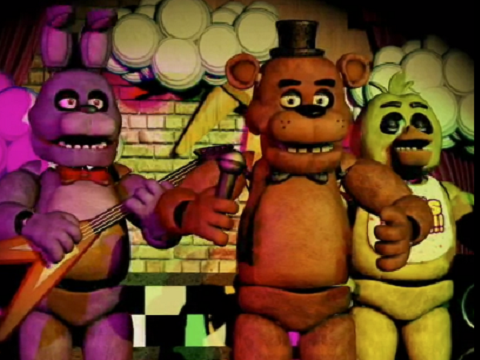 As a fan of the video game series, Five Nights at Freddy’s, this particular story hits close to home. But even for those who are not horror game aficionados, this story is emblematic of many of the problems plaguing our political culture.

Here’s what happened. On June 10, Twitter user @IAmGryphoneer (going then by the username “chief imagineering officer of antifa”) posted screenshots of publicly available campaign donation data obtained from OpenSecrets.org. His tweet showed that Scott Cawthon, the creator of Five Nights at Freddy’s, donated to many Republican politicians (and Democrat Tulsi Gabbard) – including former President Trump. An uproar followed, first on Twitter and then in the world of video game journalism. Cawthon’s contributions were viewed as evidence of many sins, but, in particular, animosity to the LGBTQ community, where Five Nights at Freddy’s has a large fan base.

I’d like to think that the last seven years would have given me the benefit of the doubt in regards to how I try to treat people, but there I was, trending on twitter for being a homophobe, getting doxed, with people threatening to come to my house. My wife is six weeks pregnant and she spent last night in fear because of what was being said online. She has already been struggling with her pregnancy so seeing her so afraid really scared me. All this because I exercised my right, and my duty, as an American citizen, to vote for and support the candidates who I felt could best run the country, for everyone, and that’s something that I won’t apologize for.

In response to the threats and harassment he received, Cawthon has now retired from game design, and the release of the most recent installment in the series is in doubt.

In many ways, this has followed the classic path of public “cancellations,” and so carries with it all the baggage of that debate. (I recommend this discussion for more on that subject.)

I’d like to focus on the campaign finance disclosure aspect of this story. The purpose of the public reporting of contributions is to stop corruption and to inform the electorate about the sources of candidates’ financial support – and yet time and time again, we see contribution data being used and misused for other purposes. Not only does no one think that Cawthon’s contributions corrupted the politicians he donated to, no one even suggests it as a possibility. Instead, Cawthon’s harshest critics and most ardent supporters are both reacting to what they believe his contributions reveal about his opinions, worldview, and morality. Cawthon’s “crime” is not his actions or their effects. It’s his beliefs; his political speech and association. Cawthon’s contributions are the equivalent of publicly saying, “I support Republicans.” And in his video game community, that speech is unacceptable.

That is, frankly, a misuse of public information that carried serious real-world threats to Cawthon and his family. The Twitter user shouldn’t have posted it. Twitter should not have “trended” the story. Journalists should not have amplified the outrage. And OpenSecrets should understand the very real cost of making it so easy to see the records of every American’s giving history. We should respect the right to support politicians and causes just as we respect the right to vote and our freedom of conscience.

To be clear, no one violated any laws here – everyone has a right to do what they did. But that points to another problem: the increasingly frightening combination of 2020s technology and 1970s campaign finance laws. If Cawthon wanted to advertise his donations, he could do so and face the consequences. But he should equally have the right to associate quietly, if not anonymously.

Technology has made the harms of disclosure far scarier than Congress ever imagined. Thirty years ago, this Twitter user would have had to go to the FEC’s offices in Washington, DC, scan through microfiche records of contributions to each individual political committee, pull Cawthon’s name from each record, and then get a newspaper or TV station to report on his findings. Now, that same endeavor only takes 30-seconds, an internet connection, and the small megaphone of an engaged Twitter following. The risk profile of exposing Americans’ support for candidates has fundamentally changed from the time of its enactment. It’s long past time for lawmakers and judges to understand that disclosure requirements are not costless.

What was the end-result here? No corruption was revealed, and no one learned valuable information about anyone who wields power in government. There was just an artist being hounded into an early retirement for his political beliefs.

I think we should all be a little saddened by that.

In a post entitled “The sh*t Brad Smith says” (shot? shut? – you may as well spell it out, Larry), Larry Lessig quotes Brad ...