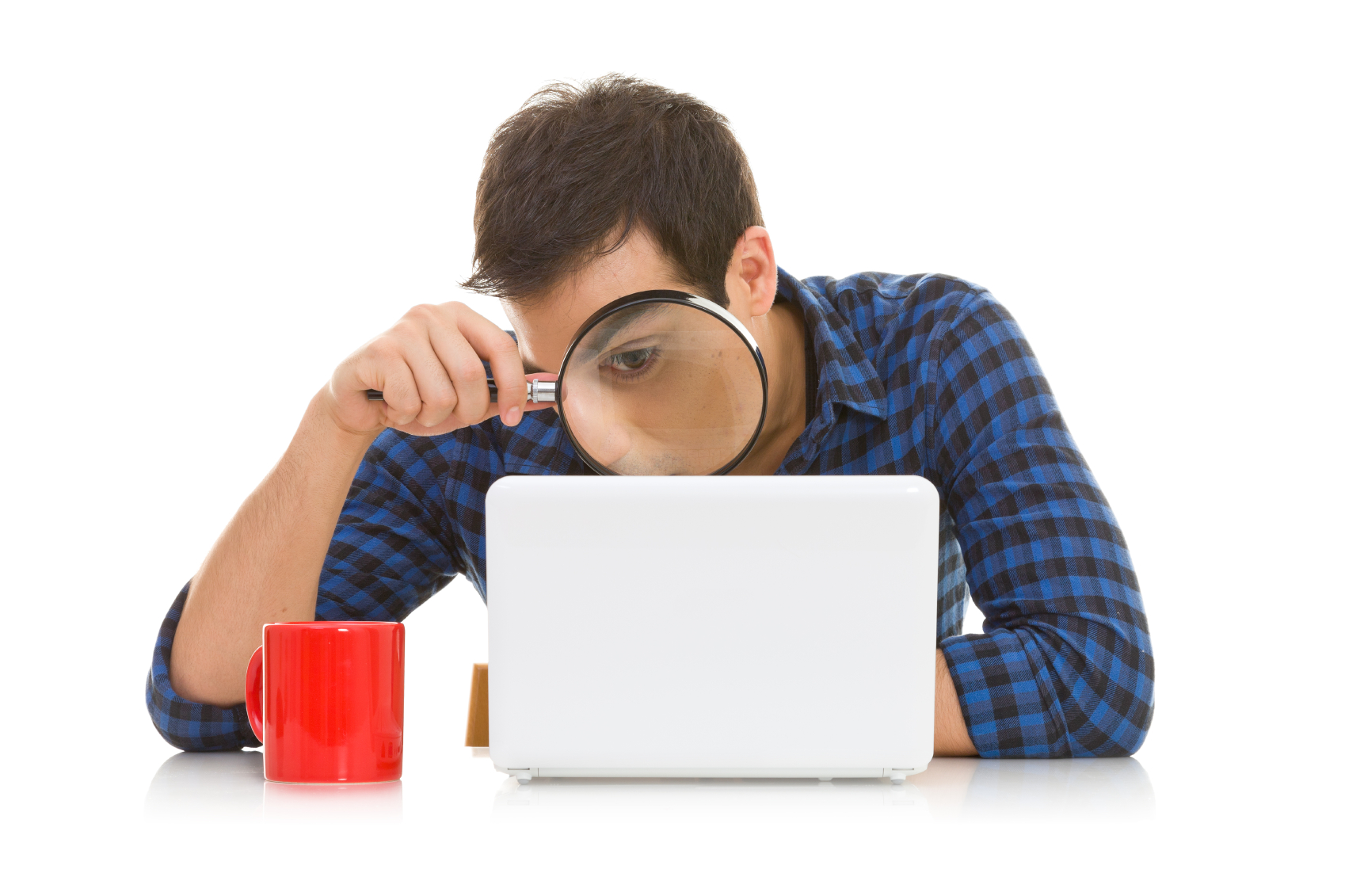 A new study is being hyped as evidence that the government needs to police the First Amendment on social media. This month, the Campaign Legal Center (CLC) and Issue One – two groups that advocate for greater political speech regulations – authored a press release touting a study by the research team of Professor Young Mie Kim of the University of Wisconsin-Madison. Dr. Kim, a Scholar in Residence at CLC, and her team examined political and issue ads on Facebook in the final weeks of the 2016 campaign and found that some “suspicious” groups were able to target certain users with paid ads. Despite the insistence of CLC and its allies, the study’s findings actually demonstrate that regulating online speech would represent a major overstep by the federal government in response to a relatively minor problem.

To compile its dataset, the research team solicited volunteers to download an application that would track and record the paid advertisements that popped up while they were browsing Facebook. The team then sorted out the ads that were election- or policy-related and could be identified with a “divisive” issue area like abortion, immigration, nationalism, or candidate scandals. The groups that sponsored these ads were then broadly categorized as well. Overall, the dataset included 5 million paid ads on Facebook that were “exposed to” 9,519 individuals. Of those 5 million ads, 36,961 political ads were identified from 228 groups (these figures captured political ads that the authors believed were related to the 2016 election, so it’s possible other political ads were excluded).

This should sum up the scale of the “problem” highlighted by groups like CLC. Their general argument is that it’s wrong for “suspicious” or “secretive” groups to use “divisive” political advertising to swing an election. CLC’s press release on this study reports that 121 “suspicious” Facebook advertisers were buying political ads, and further noted that one in six of these groups turned out to be linked to the Russian government (more on this later). But the more these numbers are contextualized, the fainter their influence appears. The label “suspicious groups” may be overly broad, since this definition includes those whose Facebook pages had “little activity” since the 2016 election, or who didn’t have information available besides a Facebook page and website landing page. These are characteristics one could reasonably expect from legitimate, but cost-conscious grassroots movements. In any case, while these groups made up about half of the 228 groups in this sample, they accounted for just under 17% of the election-related ads in the sample. And that subset of political ads represents a tinier subset of all the Facebook ads collected during the study – less than 1%.

This proportion corresponds with other relevant statistics surrounding online political advertising. The authors say that there was $1.4 billion in digital ad spending in the 2016 election cycle – a number also cited by one of the co-sponsors of the so-called “Honest Ads Act.” During that election cycle, only $100,000 in political spending came from Russian sources – or 0.01% of that total. Whether it’s foreign spending or “secretive” groups, however you look at the numbers, it’s an infinitesimally small amount.

Because that small amount of political advertising has to compete with every other online ad, there are reasons to doubt that being “exposed” to one is as devastating as the study’s phraseology suggests. All it takes to be “exposed” to an ad is to have it pop up on a browser, but that does not mean users will see the ad, pay attention to the ad, digest the ad’s content, be persuaded by the ad, or, ultimately change their voting behavior based on the ad. This makes the theory of relatively few Facebook ads flipping Pennsylvania and Wisconsin in an election – even given their slim vote tallies – a tough sell.

Still, the study’s authors lament the lack of a legal framework to reduce the impact of such ads, asserting that they could find “no clear philosophical, legal, or practical basis” for not stringently regulating issue-based Internet ads. It’s one thing if the study’s authors could not find a basis that they agree with – it’s quite another to say no clear basis exists at all, especially since the study does little to grapple with the context of current federal regulations.

The principles underlying regulation of political ads are relatively straightforward: since Buckley v. Valeo in 1976, the Supreme Court has held that political spending and financial contributions are protected by the First Amendment. Policies that restrict these rights or “chill” speech (i.e., deter Americans from exercising their rights) must be justified within a narrow standard – chiefly, the prevention of corruption or the appearance of corruption. This study does not attempt to engage with these arguments at all by making a case for how Facebook ads are corrupting rather than merely “suspicious” or “divisive,” which are not adequate reasons to restrict speech. Rather, on the basis of distrusting the content or sources of the ads, the authors suggest regulation that would impose additional costs on the ability of every American to use social media to engage in political speech.

The unique advantages of the Internet are crucial to understanding why current regulations on “electioneering” communications exist for radio and TV, but not social media. FEC rulemakings in this area have explicitly drawn a contrast between Internet communications and traditional “electioneering communications” on TV and radio that are “targeted to the relevant electorate” and are capable of reaching at least 50,000 people in the relevant jurisdiction within specified timeframes near an election. The Internet is unique in that it allows users to communicate with a “large and geographically widespread audience, often at very little cost” and allows two-way engagement between the speaker and the audience. Furthermore, engaging in traditional electioneering requires significant financial resources, so those who seek to do so are typically better able to afford the costs of compliance. Regulating online political ads at an equal or greater level completely nullifies this unique advantage of Internet speech.

This brings us to the so-called “Honest Ads Act” (S. 1989), a bill introduced in Congress that CLC, Issue One, and its allies have urgently touted as must-pass legislation for regulating online political ads. It is worth noting that the study only mentions the “Honest Ads Act” in its footnotes, and while the authors consider that legislation to be an “encouraging” move, they found that the bill would only require disclaimers and disclosure for 24.6% of the ads analyzed in their data. What exactly is the benefit of a major regulation on political speech that applies to a fraction of a tiny sliver of political and issue ads?

But in another respect, the bill goes far further than is necessary, especially if the main goal is to prevent foreign interference in American elections, or to regulate online ads with mass-media levels of targeted engagement. Not only does it regulate political ads without regard to their targeted audience at all – a Facebook ad about a Massachusetts Senate race can be regulated even if it is mostly seen by residents of California – but it also burdens the vast majority of political speech by Americans ostensibly to target the 0.01% of spending that came from Russians in 2016.

In fact, there are far better avenues of preventing foreign political interference than campaign finance law or relying on agencies with civil enforcement jurisdiction like the FEC. The Foreign Agents Registration Act imposes the burden of disclosure on foreigners alone, rather than Americans. And in situations where foreign governments sponsor election interference activities, it is intelligence and foreign policy agencies that should be the primary actors tasked with responding.

Overall, the study fails to make a convincing case that political and issue ads on social media represent a crisis for our political system. The legislative remedies to this situation – particularly the so-called “Honest Ads Act” – are more harmful to the free speech rights of American citizens than they are beneficial to American electoral integrity. The citizens who rely on the Internet for political speech the most – advocacy groups, grassroots activists, and ordinary voters who want to share opinions – have the most to lose if the Internet suddenly becomes a place where you need to comply with costly and complex regulations. Americans shouldn’t need to hire a lawyer to speak freely online, and those who want to safeguard electoral integrity must do so without infringing upon their rights.

Yes, Politicians, “False” Speech About You Is Protected by the First Amendment

Many false statements are protected by the First Amendment, for good reason. Determining whether political statements or ads are false or deceptive is often ...

Mark Zuckerberg says he has too much power, and you must stop him. In a March 30th op-ed for The Washington Post, the Facebook ...