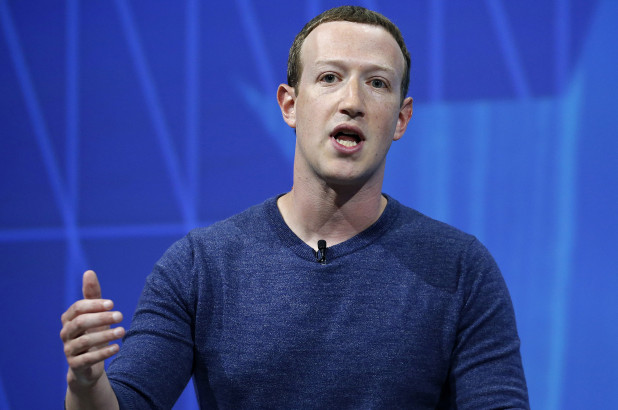 Facebook founder Mark Zuckerberg has come under fire for comments in a recent interview on the technology podcast, Recode Decode. During the interview, Zuckerberg defended Facebook’s practice of not removing content that is blatantly false. In defense of this practice, Zuckerberg articulated his belief that Facebook shouldn’t become an arbiter of truth.

Zuckerberg’s and Facebook’s restraint in this area should be commended.

This policy doesn’t mean that Facebook allows all content on their platform. For example, Facebook has longstanding practices to remove nudity and content which promotes imminent violence, among other subjects. As a private company, Facebook is well within its rights to decide what kind of speech it wants to allow on its platform. Facebook’s goal seems to be maximizing free speech for users on the platform, balanced against the physical safety of its users.

Demanding that Facebook do more and become an arbiter of the underlying truth of any post or story, as some pundits have, is not only unrealistic given the volume of content on the platform, but unfair to ask of any company.

Unfortunately, although Facebook’s respectable policy on false content embodies principles of free speech, some of Facebook’s other policies don’t live up to the same principles.

In the very same interview, Zuckerberg spoke at length of Facebook’s recent policy change regarding online advertisements. Zuckerberg explained, “[a]nd in the U.S., we’re also even going so far as verifying the identify and location of every single advertiser … [w]ho wants to run a political or issue ad, which, for a lot of folks, legitimate folks, has slowed down the process of buying ads, which I think can have its own costs for discourse, but we just think is the right precaution to be taking on this.”

With all due respect to Mr. Zuckerberg, Facebook is greatly overreacting on this issue. Facebook’s policy change was driven by political pressure following revelations that some Russian actors purchased politically-charged Facebook ads before and after the 2016 presidential election. It’s worth noting for context that this Russian spending accounted for less than 0.01% of the online spending in the 2016 cycle.

As Zuckerberg rightly acknowledged, Facebook’s new requirements have indeed impeded Americans’ ability to promote messages on the platform. Take, for example, the story of one author working to promote his forthcoming book on nationalism on Facebook.

After a short time, Facebook pulled his ads for failing to register his Page. In order to register, the author was forced to turn over a slew of personal documents. After 10 weeks and multiple less-than-satisfactory interactions with Facebook, he still hadn’t been able to purchase ads promoting his book due to the ads being deemed to have “political content.” (Facebook’s definition of “political” is, of course, incredibly broad, as the author’s book, which discusses no candidates for office, doesn’t qualify as “political” under any standard or commonsense definition.)

With such an arduous and invasive process, is it any wonder individuals would choose not to buy ads on Facebook?

Furthermore, many of Facebook’s new “transparency measures” conflict with the company’s stated desire of protecting the safety of the users on the platform. Those wishing to purchase political ads will have to give their Social Security number, a government-issued ID, and their mailing address to Facebook. In an age where companies fear hacking and individuals stress over public exposure of their personal information, it’s little comfort that Facebook will now be in possession of this sensitive data.

Additionally, if an individual wants to purchase an ad, they are required to put their name under the advertisement. By requiring that an individual reveal their name to the public, Facebook’s new rules increase the risk of politically-motivated harassment for ad purchasers.

Think about it. Would you purchase an ad criticizing a local elected official’s actions or policies if you knew they could find out your personal information? Imagine criticizing a school board referendum knowing all your children’s teachers could see you paid for the ad. Many people would shy away from speaking rather than risk negative consequences for themselves or their children.

This is less of a problem for well-funded and well-known political groups, but for individuals, it can be the difference between speaking out and staying quiet.

Facebook and Zuckerberg should be commended on their hesitancy to censor content to allow for the greatest amount of speech possible. They should however, ask whether their free speech principles are being consistently applied across the platform in light of their new ad policies. Perhaps a reconsideration of their new ad policies is in order.

Brad Smith’s warnings, that bloggers and news organizations could risk the wrath of the federal government if they improperly link to a campaign's website, ...