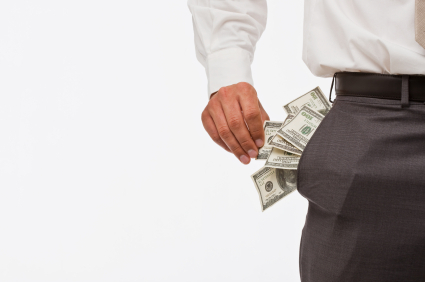 Mid section of a young man standing with money in pocket

Last week, the Center for Responsive Politics (CRP) published a blog post about the dismal track record of self-funding candidates who run for elected office. In the 2016 election cycle, such candidates only won their races about 12.5% of the time. Suffice it to say, eschewing fundraising does not tend to be a winning strategy.

CRP is among the cadre of campaign finance “reform” groups that want greater government regulation of political fundraising and spending. In their telling, the need for campaign funds causes politicians to spend far too much time catering to wealthy donors as opposed to meeting ordinary voters and hearing their concerns. To put CRP’s argument simply: politicians need money more than votes, and that skews American democracy towards those with a lot of money.

This makes politicians who are wealthy enough to self-fund their campaigns an interesting case. If money buys elections, winning should be easy for wealthy politicians who don’t need to fundraise as much. And if voters truly believe that fundraising shifts political power towards the rich, then they should flock to the relative handful of candidates who can resist this pressure by self-funding their campaigns.

Yet the abysmal success rate of self-funding candidates suggests these theories aren’t true. Self-funders are unable to “buy” elections, and voters don’t seem to care where a candidate gets his or her money.

Some quotes from CRP’s post demonstrate how fundraising can actually help a candidate win voters:

“It really does make a difference if you raise a dollar versus writing a check,” said [Arizona State University Professor Jennifer] Steen. “Getting people to give you whatever amount is asking them to support you. So if you raise money from 1,000 contributors, that’s 1,000 people who are interested in your campaign and vested in your success.”

According to [Campaign Legal Center Associate Counsel Brendan] Fischer: “Generally speaking, when a candidate is running for office they need to build a base of support, and that includes fundraising from, ideally, a broad range of people. And if you’re self-funding you don’t necessarily have to go through the difficult work of building that base of both popular and financial support. You can plow straight ahead and hire staff, pay for ads and open campaign offices.”

Fundraising is important not just because of the money it provides to candidates; the process of fundraising also helps candidates identify and communicate with their most enthusiastic supporters, test campaign messaging that can be used again in the future, and build ties with the community they seek to represent. Fundraising and campaigning are not in conflict; they complement each other. A candidate does not have to forego one to do the other.

Because money doesn’t buy votes, personal wealth is not a ticket to political success. In fact, self-funders have had a hard time winning elections because, by skipping those important fundraising steps, they have fewer opportunities to identify their base and create a relationship with those they intend to represent. Fundraising hones the skills that make candidates effective on the campaign path. Self-funders miss those lessons, and it routinely costs them on Election Day.

Interestingly, rather than trumpeting these impressive findings, CRP seeks to underplay and undermine them as much as possible. Just look at the title: “Self-funded candidates lose big (except when they don’t).” Yes, that is how most things work: either something happens or it doesn’t. Or this part: “If it’s any consolation, this past election’s self-funders did better than their counterparts in 2004, when just one of 30 emerged with a seat in Congress.” 12.5% winning is a big improvement from less than 1%, but it’s still markedly unimpressive.

Not that the overwhelming weight of real-world evidence will change CRP and similar groups’ underlying premise that money buys elections and conclusion that therefore greater speech regulation is needed. But keen observers will know better: money can buy a lot of things, but it can’t buy the hearts and minds of voters, who remain the most important component of American democracy.

Over the past year, many pundits and media outlets have speculated about the role of money in the 2018 midterm elections. Much of that ...

As the end of the year approaches, legislation that amends portions of the federal tax code is moving quickly through Congress. Unsurprisingly, over the ...