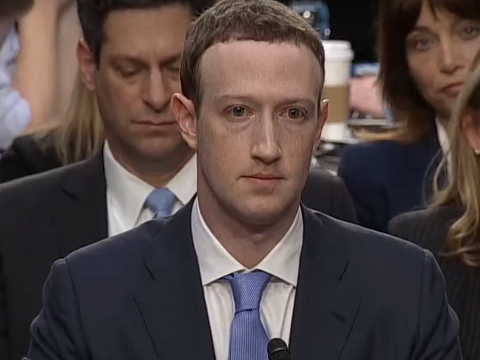 At the Institute for Free Speech, we have repeatedly expressed concerns about the dangers of the so-called “Honest Ads Act” (H.R. 2592 and S. 1356). Originally introduced in 2017, the bill has recently been thrust back into the spotlight, and Facebook CEO Mark Zuckerberg reiterated his support for it at the Aspen Ideas Festival in late June.

It comes as no surprise that Zuckerberg would promote this bill. After all, Facebook is a large company that can afford to comply with the costly regulations the Honest Ads Act would impose. As for its smaller competitors? Not so much. And as an added bonus, by advocating for online advertising regulations, Facebook can try to win back some of the goodwill it lost from politicians after the Russian meddling scandal in the 2016 elections. It’s a win-win for Facebook, but what about its users and other smaller social media platforms, newspaper websites, and popular blogs?

Among its many onerous requirements, the Honest Ads Act would require both online companies and purchasers of advertisements to keep lengthy “public files,” if they run ads about any “national legislative issue of public importance” – an undefined category that would seem to include most speech about government, public policy, and political controversies. This file would need to include a number of items, such as the name, address, and phone number of the individual or organization that purchased the advertisement. The file would also need to have information concerning the target audience for the advertisement, its cost, the number of views it generated, and the dates and times the ad was first and last displayed.

Gathering and reporting this information will cost both time and money, making it harder for start-ups, volunteer-run groups, and those with little media savvy to comply. These new costs will hit platforms as well, likely raising ad prices and making it much more difficult for individuals and small grassroots organizations to spread their message. If these regulations are not closely followed, both the speaker and the online platform could be punished and face hefty fines. This new legal liability will even apply to broadcast, cable, and satellite advertising, thus driving up costs across the board.

The monetary costs of the Honest Ads Act are not the only aspect of the bill that would harm small companies and grassroots organizations. The measure would also make it much harder for these groups to employ volunteers and distribute political materials in general.

The bill’s broad and unclear language will leave many guessing as to whether or not their speech falls into the regulated category. This uncertainty will be detrimental to free speech, as many will choose not to share their views out of fear that they will be forced to keep lengthy reports or be fined for not following regulations they can’t understand or don’t even know exist.

These damaging effects won’t just be felt by online speakers. As we’ve seen in two states that have passed bills similar to the Honest Ads Act, many online outlets that host ads will also face a choice:  invest significant sums to comply with the Honest Ads Act or cease accepting such ads at all – to the detriment of countless individuals, organizations, causes, and the public.

This isn’t mere conjecture. In Washington State, which passed a highly restrictive bill modeled after the Honest Ads Act, both Google and Facebook have been forced to stop accepting state and local political ads because of their inability to comply with the law. The same scenario is playing out in Maryland, where Google is unable to abide by the law and has stopped accepting ads as a result. For its part, Facebook helped to shape the Maryland law, which it hailed as a “national model,” so that they could ensure their ability to comply. That “national model” isn’t faring so well in court at the moment, after several newspapers, including The Washington Post and The Baltimore Sun, sued over the law’s public file provisions.

For giants like Facebook, the end result of Honest Ads is less competition in the online ad market. Zuckerberg should not be hailed as a hero for promoting more online regulation. Instead, we need to realize that his promotion of the Honest Ads Act is about allowing Facebook to squeeze out its competitors. Facebook can accept the strict regulations that would come about if this bill is passed, because the company has the resources to comply. By contrast, the vast majority of other social media companies, individuals, and organizations engaged in political speech would be hurt by this bill. To protect the First Amendment right of all Americans and the online marketplace, Congress should be cautious when examining the Honest Ads Act and consider all the negative repercussions it would have on free speech, if passed. 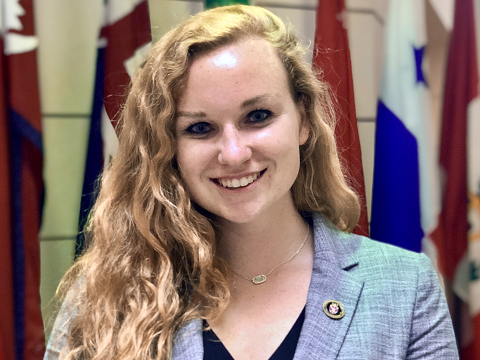 What is the Biden administration thinking? Creating a “Disinformation Governance Board”? Bad idea. Placing it inside the Department of Homeland Security? Bad idea. Choosing a ...