Once again, members of the popular online community Reddit are calling out the “reform” community on their anti-Citizens United hysteria and hypocrisy in focusing almost exclusively on conservative donors (for more on the last attempt check out Trevor Burrus’ rundown here*).

Redditors were not impressed, with the top voted comments being:

Surprisingly, the excoriating did not end there. Here are a few of the comments illustrating the overall mood of the rest of the thread: 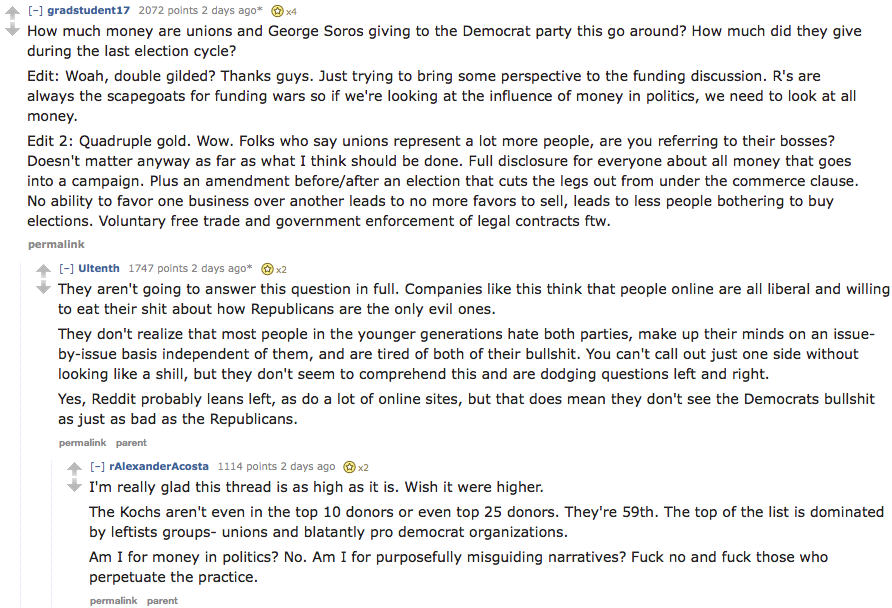 Five years after the Citizens United decision and about a year after Harry Reid’s ritual of calling out the Koch brothers on the floor of the Senate really hit its stride, people aren’t willing to blindly follow the “reform” narrative that “money in politics” and the Kochs have ruined America.

And to the next organization thinking about using the Koch brothers as bait to attract redditors to their thread about money in politics, here’s a bit of advice: