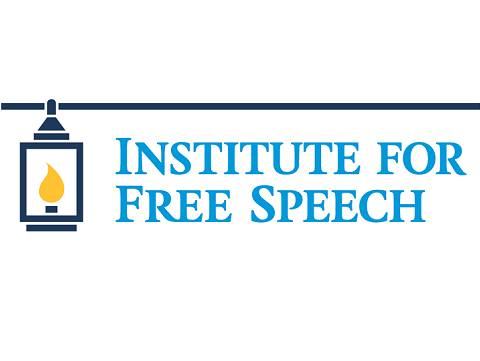 On Monday, a federal district court in Seattle dismissed the Institute for Free Speech’s lawsuit seeking assurance that we can provide pro bono legal representation to a political activist without being forced to publicly expose our supporters. Within hours, we appealed the decision to the Ninth Circuit Court of Appeals.

“We are disappointed in the court’s ruling and look forward to the appeal,” said Institute for Free Speech President David Keating. “Washingtonians have a right to accept free legal representation, and nonprofits have a right to provide that representation without exposing their confidential supporters. We are unable to help citizens in Washington until the law is fixed.”

The case, Institute for Free Speech v. Jarrett, seeks to protect the right of nonprofit organizations to offer pro bono legal services to individuals caught up in campaign finance enforcement proceedings in Washington state. IFS wishes to represent tax activist Tim Eyman on appeal in a case where a court ruled that he, personally, is an “ongoing political committee” under state law. Such a ruling raises serious First Amendment questions and could subject Eyman’s personal income and spending to campaign finance regulation.

Due to the state court’s determination that he is a walking, talking political committee, however, pro bono representation of Eyman could plausibly be regulated as an “in-kind contribution” under Washington’s vague campaign finance laws. Indeed, the state has aggressively pursued nonprofits that provide pro bono representation to political committees in the past. Washington requires in-kind contributors to expose their donors, which is unacceptable to IFS and many other nonprofits. The Institute for Free Speech relies on private supporters to make our work possible and will not take a case that could trigger donor exposure.

To safeguard our supporters, we have refrained from representing Eyman to date and will continue to do so. Instead, IFS petitioned the agency responsible for enforcing the state’s campaign laws, the Washington Public Disclosure Commission (PDC), to issue a declaratory order that our representation of Eyman on appeal would not threaten our supporters’ privacy. Unfortunately, the Commission’s deliberations and final order gave us even greater cause for concern.

While considering our petition, the PDC’s general counsel opined that the Institute for Free Speech could be deemed an “incidental” committee and forced to register and report to the state. The Commission’s final order was also carefully worded to leave the door open for enforcement. While the Commission indicated that our representation of Eyman “does not require IFS to register or report the identity of its donors,” it declined to “issue a binding Declaratory Order absolving IFS from any and all future FCPA registration or reporting requirements in relation to representing Mr. Eyman in his role as a continuing political committee.”

When it comes to the privacy of our supporters, IFS takes no chances. Unable to rely on the PDC’s flimsy guidance and still at risk under the state’s vague laws, IFS sued Washington Attorney General Bob Ferguson and the PDC in August 2021. The First Amendment protects the right to offer pro bono representation without burdensome interference from the state.

In Monday’s ruling, the court concluded that IFS lacks standing to bring this challenge because the PDC’s order was, in the court’s view, sufficient for IFS’s purposes. The court determined that there is “no credible threat of enforcement against IFS based on its proposed pro bono representation of Mr. Eyman” despite the PDC’s refusal to issue the declaratory order IFS sought. With the door to enforcement still open, we immediately appealed to the Ninth Circuit.

“This lawsuit, indeed IFS’s petition, would have been unnecessary if either the AGO or the PDC would have just told IFS that they didn’t think IFS needed to register, report, or disclose their pro bono legal work for Eyman’s appeal of the enforcement action, even if he’s deemed to be a continuing political committee,” the brief explained. “Even at this stage, the PDC and the AGO wish to keep their options open, knowing full well that dodging this question will create uncertainty and cause IFS, and organizations like it, to steer clear of helping Eyman, a despised regime critic, and anyone else that they wish to target.”

That is exactly the outcome the PDC has so far achieved. We hope to prevail on appeal so that IFS can provide effective pro bono legal representation to Eyman and other defendants in Washington state campaign finance proceedings.

The Daily Beast reports that at tonight’s State of the Union address, President Barack Obama will again criticize the Supreme Court’s decision in 2010’s ...

No Evidence of Scandal at ActBlue