The Presumption of Free Anonymous Speech 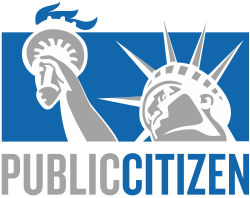 Public Citizen supports anonymous speech – at least when it comes to criticizing businesses.

A Tampa Bay divorce attorney is suing Avvo, an online legal services hub that allows citizens to post reviews of attorneys without providing their name, to try to unmask a reviewer that posted a negative review. From The Tampa Bay Times:

Thomson’s case has drawn opposition not only from Avvo, but from the nonprofit advocacy group Public Citizen in Washington, D.C. They contend Thomson should have to meet a multi-part test that includes showing she has a legitimate claim that is likely to succeed in order to pierce her critic’s veil of anonymity.

With Amazon, Microsoft and other tech companies based in Washington state, the case is seen as having an impact beyond Avvo.

“This is one of the national tech centers in the country, and the ruling in this case could affect the rights to speak pseudonymously and anonymously on a number of platforms,” said Paul Alan Levy, an attorney for Public Citizen, founded in 1971 by consumer watchdog Ralph Nader. “If it’s too easy to out your critics, the result will be that one side of the debate about the quality of businesses will be suppressed.

Public Citizen is exactly right. The right to speak without identifying oneself is an important safeguard for critics. If we don’t allow anonymous criticism of businesses, the threat of backlash will mean that less people will speak up, there will be less debate about which businesses are good and bad, and that suppression of speech will lead to less information for consumers. The assumption, therefore, needs to be that anonymous speech is protected until those in power convincingly prove that there is a significant and legitimate reason to violate that protection.

What Public Citizen does not seem to understand is that the same is true, to a far more important degree, about government. Governments, and the elected officials that run them, are far more powerful than a divorce attorney in Tampa. Speaking out against politicians, consequently, is at least as risky as criticizing a business. If it is too easy, therefore, to out critics of politicians, the result will be that one side of the debate about the quality of government will be suppressed.

That is the point that all those who criticize so-called “dark money” (including comments by Public Citizen) always seem to miss. Leave aside that “dark money” is a relatively small percentage of political spending (less than 4% of all federal spending in the 2014 cycle) and that the source of much of the allegedly “dark” money is well-known. What those dollars buy, anonymously or otherwise, is speech critical of candidates and elected officials who, if elected (or more likely re-elected), may harness the power of the government to attack, harass, steal from, and silence everyday citizens.

At the very least, as Public Citizen explains in its defense of Avvo, shouldn’t the presumption be that individuals and associations are entitled to anonymously criticize their government for fear of these very real repercussions? Even if you believe these threats are overblown, other potential speakers can come to the reasonable conclusion that it is not worth even risking harassment from powerful politicians. And if would-be speakers opt to stay silent, the public debate is less robust and the democratic process suffers.

A Sunshine Week Reminder: Transparency is for Government; Privacy is for People

By now, you may be aware that it’s Sunshine Week, “the annual nationwide celebration of access to public information” organized by the American Society ...