Despite 14 Years on State and Federal Courts of Appeal, Judge Barbara Lagoa Has Ruled on Few First Amendment-Related Cases 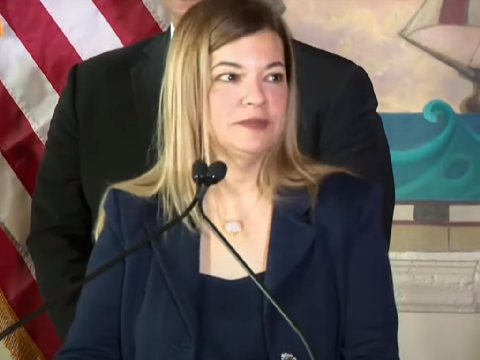 According to news reports, Judge Barbara Lagoa, currently serving on the United States Court of Appeals for the Eleventh Circuit, is on the President’s short list of nominees to fill the seat vacated by the passing of Justice Ruth Bader Ginsburg. Lagoa began her service on the Eleventh Circuit on December 6, 2019. Prior to that time, she was a justice of the Supreme Court of Florida, beginning her service on January 9, 2019. She also served as a judge for the Florida Third District Court of Appeal from June 2006 to early 2019.

In reviewing Judge Lagoa’s record on First Amendment speech rights, we found eight potential cases from her time as a federal judge and eight potential cases during her service on the Florida appeals court. Five of the federal cases were unpublished opinions, meaning there was nothing of precedential value, though we discuss one of them briefly below. Four of those cases involved pro se – that is, unrepresented – litigants. The three remaining cases had no relevance to core First Amendment political speech issues.

Of the eight Florida cases, four dealt in some manner with religious freedom, an issue outside the scope of the Institute’s mission. Of the remaining four, one case dealt with a request to unseal certain judicial records, including an audio recording made in violation of state law. The appeals court was clearly bound by Florida Supreme Court precedent, so this case does not provide any useful insight on her First Amendment jurisprudence. Another case dealt with a dispute over Coral Gables’ zoning law and wasn’t relevant to the speech, press, assembly, and petition rights protected by the First Amendment. We review the remaining two cases below.

Cases Before the Florida Third District Court of Appeal

This case stemmed from Miami passing an interpretation of an existing zoning ordinance to prohibit property owners from providing short-term or vacation rentals. It was clearly aimed at Airbnb and similar services. Not surprisingly, several property owners attended the March 2017 City Commission meeting where the resolution was discussed and then adopted. As noted in the opinion, “[t]he City Manager informed attendees that the City was ‘now on notice’ of those who spoke out against the City’s code, and that he ‘will be duly bound to request our personnel to enforce the city code.’”

Airbnb and several property owners who use Airbnb then sued. The complaint claimed the city was preempted from regulating these rentals by state law. It “also alleged that the City Manager and Mayor expressed an intent to retaliate against the individuals who spoke in support of vacation rentals at the City Commission meeting. Accordingly, the complaint also sought to enjoin the City from initiating code enforcement proceedings against those individuals, and from requiring the names and addresses of those who wish to speak at Commission meetings.”

The lower court judge agreed the city was preempted by state law. “Regarding the statements made by the City Manager and Mayor, the trial court found no evidence of retaliation. But it did find that the statements ‘have a chilling effect on the First Amendment rights of residents who wish to make public comments on any matter before the City Commission.’”

The judge ordered a temporary injunction, which, in part, enjoined “the City from ‘requiring members of the public, as a condition of their right to make public comment at City Commission meetings, from having to provide their names and addresses, and that agents of the City shall advise residents that, if they wish to remain anonymous, they will still be allowed to speak.’”

The appeals court found that “[t]he injunction enjoining the City from requiring speakers at public hearings to give their names and addresses is overbroad.” The opinion stated that “we hold that the remedy framed by the trial court – to ban the City from requiring public speakers from providing their names and addresses at all public hearings including hearings not involved in vacation rentals in residential neighborhoods – casts too wide a net.” The court explained that “[t]here are many instances in which it is beneficial for a speaker at a public hearing to provide his or her name and address, and that practice does not chill the speaker’s First Amendment rights. Calling speakers up to the podium by name provides an orderly process to conduct a public meeting without undue confusion or repetition.” The court also cited a possible need by elected officials to know whether “a speaker is a resident who will be impacted by the government action at issue.”

Judge Lagoa concurred in part and dissented in part. In her concurrence, she agreed with the majority opinion that there are legitimate reasons for the city to ask for a speaker’s name and address. However, she wrote that:

The issue before us is not the general application of the City’s policy of requiring names and addresses as a condition of speaking at a public hearing, but instead whether, as applied to the specific circumstances at issue in this case, application of the City’s policy provided sufficient grounds to support the trial court’s conclusion that injunctive relief was warranted. The undisputed facts giving rise to the trial court’s order are therefore important.

She noted that “the parties stipulated to a number of facts for purposes of the evidentiary hearing, including:

(1) the City requires speakers, as a condition of speaking at any City Commission meeting, to provide their names and addresses as part of the Commission’s regular procedures;

(2) at the March 23, 2017 Commission meeting, the City Manager stated: ‘We are now on notice for people who did come hereand notify us in public and challenge us in public. I will be duly bound to request our personnel to enforce the city code.’ (emphasis added); and

(3) at the March 23, 2017 Commission meeting, the Mayor stated: (a) ‘With that lawsuit, [Airbnb is] precipitating things because I think it’s their fault that they brought these people to City Hall knowing . . . that they have to give their name and addresses.’; (b) ‘The city attorney is planning on sending out cease-and-desist orders in the coming weeks specifically to the hosts who spoke up at the meeting.’; and (c) ‘This is more than taking the temperature. This is about sending a message to the residents.’”

In her opinion, Lagoa cited the First Amendment right to “petition the Government for a redress of grievances” and noted that “[a]ctions taken in retaliation or retribution for statements made by citizens addressing a local governmental body, such as the City Commission, on matters of public concern can violate that constitutional right to petition.”

This simple and straightforward case reversed a clear error by the lower court. As explained by the opinion, “[a]fter the children’s parents disappeared at sea, their story garnered international media coverage. The writer [Maria Gagliardo], the children’s great grandfather’s companion, who considers herself family, want[ed] to write a book about her life with the children and their parents’ disappearance.” However, the aunt, who had temporary custody of the children, asked the lower court for a protective order regarding the children’s privacy, which was granted. The order effectively would have barred Gagliardo from writing her book. With the assistance of the American Civil Liberties Union Foundation of Florida, Gagliardo challenged the order, arguing that it “violated her First Amendment rights to free speech.”

The protective order was a prior restraint, and the appeals court “determine[d] that this is not an ‘exceptional case’ that triggers infringement on our precious First Amendment rights.” Judge Lagoa joined the three-judge panel’s unanimous decision.

We note this per curiam decision because it applies existing precedent in a clear and straightforward manner, and it is the only relevant case during Lagoa’s short time on this court. Since it was a relatively clear-cut case, the ruling doesn’t provide much insight into her views on the First Amendment.

The introduction to the opinion provides a good summary of the issues and the ruling:

This case is the latest in the ongoing saga between Gustavo Abella and Officer Juan Rodriguez. In another lawsuit between these litigants in 2013, this Court affirmed the district court’s denial of Rodriguez’s defense of qualified immunity to Abella’s First Amendment retaliation claim. See Abella v. Simon, 522 F. App’x 872 (11th Cir. 2013). Now, Abella is back with a new lawsuit against Rodriguez based on more recent, albeit similar, alleged conduct. As he did in 2013, Abella asserts that Rodriguez retaliated against him because of his speech. And, as he did in 2013, Rodriguez argues on appeal that he is entitled to qualified immunity to that claim. Because the law remains clearly established that police officers may not harass or threaten citizens with unlawful arrest for exercising their First Amendment rights, we again affirm the district court’s order denying qualified immunity.