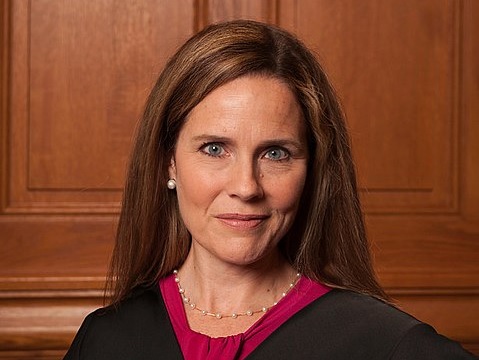 United States Court of Appeals for the Seventh Circuit (2017-Present)

In her time on the Seventh Circuit Court of Appeals, President Trump’s nominee to the Supreme Court, Judge Amy Coney Barrett, has participated in few cases with First Amendment-related claims. Though, in the three cases we previously reviewed in which she’s participated, Judge Barrett has shown a willingness to expand free speech protections in certain contexts. One recent and timely case, in which she sat on a unanimous three-judge panel, sheds some additional light on her thinking in this area.

Judge Barrett was a member of a Seventh Circuit panel that decided a First Amendment challenge to a COVID-19 regulation in Illinois Republican Party v. Pritzker. The unanimous opinion, authored by Judge Diane Wood, decided a First Amendment claim brought by political groups against an executive order issued by the Governor of Illinois that limited public gatherings to 50 people, with exceptions for emergency and government functions, as well as for religious gatherings – stating the order “does not limit the free exercise of religion.”

The plaintiffs argued “that the accommodation for free exercise contained in the executive order violates the Free Speech Clause of the First Amendment” and sought an injunction permitting them to congregate in groups larger than 50 people to discuss the 2020 election.

The court did not see political speech and religious free exercise as “apples to apples” forms of speech. The panel ruled that “the Free Exercise Clause has always been about more than speech. Otherwise, why bother to include it at all – the First Amendment already protects freedom of speech, and we know that speech with a religious message is entitled to just as much protection as other speech.” In the court’s view, free exercise of religion is a “mixture of speech, music, ritual, readings, and dress that contribute to the exercise of religions the world over. . . . The free exercise of religion covers more than the utterance of the words that are part of it.” As the Supreme Court ruled in Hosanna-Tabor Evangelical Lutheran Church & School v. EEOC, 565 U.S. 171, 189 (2012), if the First Amendment right to freedom of association protected religious groups sufficiently without the Free Exercise Clause, “then there would be no difference between the associational rights of a social club and those of the Lutheran Church,” a result “hard to square with the text of the First Amendment itself, which gives special solicitude to the rights of religious organizations.”

Accordingly, the panel concluded, “[b]ecause the exercise of religion involves more than simple speech, the equivalency urged on us by the [plaintiffs] between political speech and religious exercise is a false one.”

At the same time, the panel indicated that, if a pure speech discrimination case was presented to them, then they would uphold the values of First Amendment speech protection. In addition to the religious speech challenge, the plaintiffs argued that the Governor was allowing Black Lives Matter protestors to gather in groups of more than 50 but not allowing other political groups to do so. The court noted “the possibility that someone might be able to prove this type of favoritism in the enforcement of an otherwise valid response to the COVID-19 pandemic, [but] the record in this case falls short.” Nevertheless, the court warned, if “the Governor beg[a]n picking and choosing among [political] groups, then we would have little trouble saying that [speech discrimination] would come into play, and he would either have to impose the 50-person limit on all of them, or on none of them.”

Because this case was not a pure speech case and because of the issues raised by the plaintiffs, it is impossible to draw any firm conclusions on Judge Barrett’s free speech views from the opinion. The case did not present a straightforward challenge to the quarantine rules as they pertained to political speech. One can imagine another group of plaintiffs challenging the Governor’s restrictions directly, perhaps arguing that the rules did not pass strict scrutiny review and using the religious exemption as evidence of its failed tailoring. But the court was not asked that question, and we cannot be sure how they would have ruled.