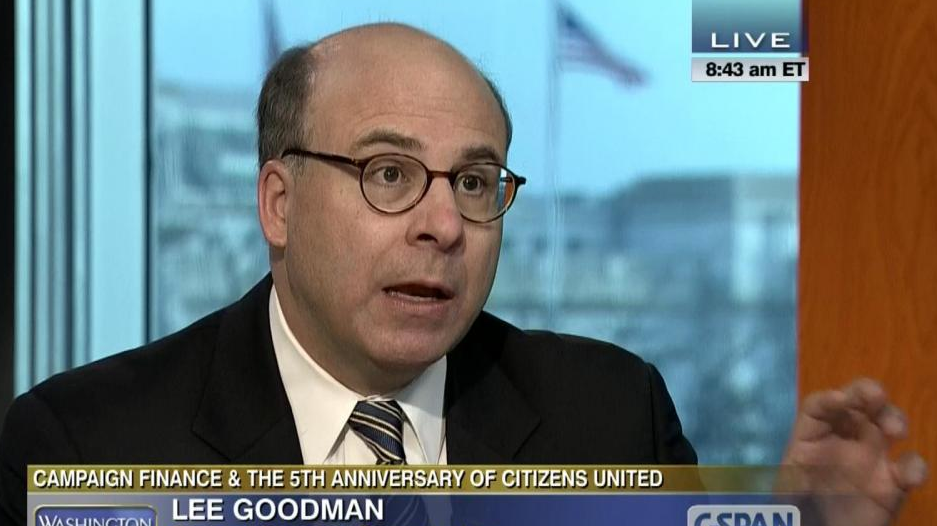 How big a problem is “dark money”? What about corporate spending in politics? Why doesn’t the FEC take a stronger stand against political activities by private groups? These are some of the questions tackled recently by Federal Election Commissioner Lee Goodman.

On Wednesday, Georgetown University’s McCourt School of Public Policy hosted an event with Goodman, entitled “Election Law and the Conservative Position: A Discussion with Federal Election Commissioner Lee Goodman.” The event was moderated by Mark Rom, Associate Dean for Academic Affairs at Georgetown.

Goodman began with an important clarification of the jurisdiction of the FEC and a primer on the types of organizations that make political expenditures (such as 527s and 501(c) organizations). Despite exhortations from some outside and even within the FEC that the agency tackle headline-grabbing issues surrounding our elections, Goodman explained that the FEC’s role is limited to regulating individuals and groups making expenditures supporting or opposing political candidates (issue advocacy is outside that scope).

Against that backdrop, Goodman discussed the biggest campaign finance issues of the day, particularly donor disclosure. Despite the level of coverage given to so-called “dark money” groups, Goodman put things in perspective by reminding the audience that less than 3% of federal election spending comes from groups that do not disclose their donors. He argued that today’s disclosure system is mostly successful at balancing informational interests with the rights of privacy and free association. The debate over disclosure is “at the edges” of the law, as the amount of undisclosed spending is small and narrowly-tailored.

Goodman used historical examples to highlight the importance of donor privacy and freedom of association. First, he discussed the post-WWII “red scare” whereby Hollywood writers and directors were imprisoned for refusing to name communist sympathizers in the film industry. In the 1957 case, Sweezy v. New Hampshire, a college professor refused to turn over class materials or information about his affiliation with the Communist Party to the state’s attorney general. A majority of the Supreme Court recognized academic freedom as a component of the First Amendment, while a concurring opinion cited the right to free association. A year later, in NAACP v. Alabama, the Court fully recognized the importance of donor privacy to freedom of association, reasoning that anonymity shields Americans from retaliation based on their political and social affiliations.

Drawing on more historical examples, Goodman cautioned that, when trying to protect from foreign influence of elections in the past, the government has sometimes intruded too far on the rights of Americans. Besides “red baiting” in the 1950s, the Alien and Sedition Acts of the 1790s also infringed on free political debate. Goodman voiced his preference for addressing foreign campaign activity by altering the Foreign Agents Registration Act rather than trying to get internet companies to censor foreign speech online – “it’s called the world wide web for a reason,” he said.

Goodman also made important points about the freedom of individuals and groups to spend money in elections, a freedom recognized by the Supreme Court for decades. He noted the little-known fact that individuals have always had the right to spend money on their own speech. While many point to Citizens United and SpeechNow as the reason wealthy people can spend without limit on political speech, those decisions merely freed groups to do what individuals always could. Rather, the main consequence of those rulings was simply the acknowledgment that individuals who pool their resources together don’t lose the First Amendment rights they enjoyed as individuals.

Contrary to popular belief, corporations have not taken a central role in elections since Citizens United, either. Citing a recent op-ed by Floyd Abrams, and our own data, Goodman noted that corporations tend to be wary of participating in elections for fear of alienating customers. Political spending continues to be dominated by candidates, parties, and individuals, rather than corporations – while innovations in online speech and journalism have made free speech even more “populist” than in the past, when it was easier for legacy media outlets and rich individuals to dominate political disclosure.

Throughout the event, Commissioner Goodman touched on many fascinating historical and philosophical arguments in support of free speech, and energetically expressed a point of view that too few Americans hear in campaign finance debates.