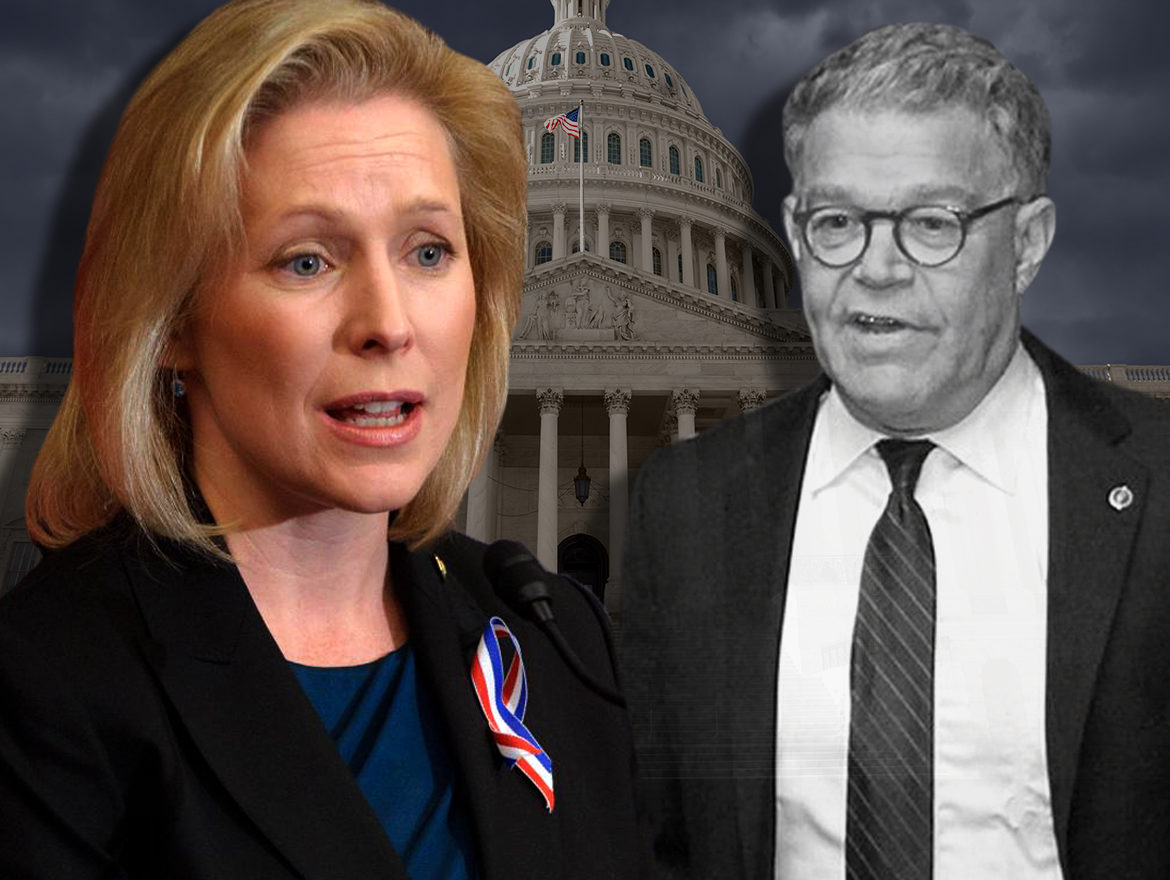 The idea that politicians are only accountable to those who write the biggest checks has been peddled for years by those trying to justify greater government regulation of political speech. These folks argue that democracy in the U.S. would be better off if the government had more flexibility to do things like restrict campaign contributions, offer taxpayer financing to candidates, and impose invasive disclosure mandates on groups that speak about policy issues. The rhetoric that politicians act in accordance with the will of big donors was recycled several times last year during the health care and tax reform debates, but evidently, Senator Kirsten Gillibrand didn’t get the memo.

Over the past year, there has been a significant shift in how sexual harassment is talked about and dealt with in American society, and the federal government has not been impermeable to these changes. New York Senator Kirsten Gillibrand has long been a vocal advocate of the movement now called #MeToo, and hasn’t shied away from calling out Republicans and Democrats alike. After multiple women came forward with sexual harassment accusations against then-Senator Al Franken, Gillibrand did not mince words when calling for his resignation.

Last week, it was reported that Susie Tompkins Buell was upset over the way Franken’s resignation was handled. Buell’s unease about the situation garnered significant media attention because she is a well-known donor to the Democratic Party, having donated millions of dollars since the 1990s. Over the years, Buell has given generously to individual Democratic candidates, party committees, and super PACs that work on and promote issues she is passionate about.

Buell’s dissatisfaction here is interesting, because, in particular, she has been a major supporter of Democratic female politicians, including Hillary Clinton, Elizabeth Warren, and, you guessed it – Kirsten Gillibrand.

Ever since Gillibrand was appointed to Hillary Clinton’s Senate seat, Buell has been a staunch supporter of her work, but that tone changed in the wake of Franken’s resignation. Apparently, Buell sent a text message to The New York Times, lamenting the actions taken by members of the Senate against Franken, stating that she was considering withdrawing financial support from the senators who called for his resignation. Buell seemed to be especially dissatisfied with Senator Gillibrand, writing that “I believe she miscalculated and has shot herself in the foot,” and adding that it was “to be determined” whether the Senator would continue to receive Buell’s support.

Throughout her career in Congress, Senator Gillibrand has clearly received a great deal of support from Buell. So, if the narrative that politicians only ever act in accordance with the wishes of wealthy donors were true, it would stand to reason that Gillibrand would walk back her original statement, or take some similar action to help save face with a major contributor.

Instead, a spokesman for Gillibrand simply pointed back to the Senator’s original Facebook post urging Franken to resign and her fellow senators not to turn away from a difficult situation. So much for donors pulling the strings.

Further, before the sexual harassment allegations against Franken came to light, he was quickly gaining a reputation in the Democratic Party as a prolific rainmaker – especially among his colleagues up for re-election. If Gillibrand’s primary concern was fundraising ahead of her own re-election campaign in 2018, Franken would be a bad person to go after.

The reality is that Senator Gillibrand is most likely acting in a way that she believes best balances the interests of her constituents, her party, her supporters (financial or otherwise), as well as her own beliefs. Donors play a vital role in campaigns because they allow candidates to share their message with more voters, but they are far from the only source of influence. At the end of the day, candidates cannot just appease a small group of wealthy donors, because they need to win over their constituents to get elected in the first place.

Five-second soundbites and tweets are often manipulated to promote the narrative that money rules politics above all else, but the truth is not so simple. Upon closer inspection, it’s clear that the relationship between politicians and donors is much more complex, and hardly the scandal it is made out to be.