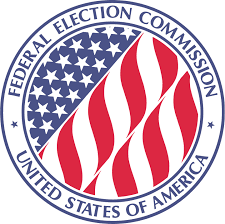 The bipartisan makeup of the Federal Election Commission is coming under fire yet again. A House bill (H.R. 2034) would effectively disband the FEC and replace the agency with a new, partisan model of campaign finance law enforcement. Perhaps recognizing how unpopular this idea would be if put in plain English, the proposal’s backers couch their efforts in the language of “reform” of the much–maligned FEC. But make no mistake: H.R. 2034 would gut the agency and put an end to independent, bipartisan enforcement of campaign finance law.

The surreptitiously-named “Restoring Integrity to America’s Elections Act” would reduce the number of commissioners from six to five, with no more than two belonging to the same party. The Act would further grant the president the power to nominate a Chair, who would be given a 10-year term and more power to act independently of other commissioners.

The current six-commissioner structure, created in the aftermath of the Watergate scandal, was purposefully designed to prevent both the appearance and the reality of partisan control of the agency. Prior to the creation of the FEC, the Department of Justice took responsibility for the enforcement of campaign finance laws. That system allowed too much White House influence, and ultimately Richard Nixon’s DOJ abused the Department’s power to go after the then-President’s critics.

The independent, six-member FEC – combined with the tradition of allowing congressional leadership to nominate their party’s commissioners – requires votes from members of both parties’ appointees in order for the Commission to act. If instead, the parties get two commissioners each and the President picks the tie-breaker, then that crucial defense against partisan takeover of the agency will be lost. The President’s nominee may claim to be an independent, but will anybody really believe that?

No one argues that the FEC is perfect, but its structure is desirable, and superior to many state agencies charged with enforcing campaign finance laws. States like Montana have been plagued by enforcement agencies that eschew bipartisanship in favor of more aggressive enforcement, and wind up targeting one party much more heavily than the other. Following the highly publicized John Doe scandal in Wisconsin, the state conducted a full-scale review of its campaign finance laws and replaced its unaccountable Government Accountability Board with a true bipartisan agency akin to the FEC.

Replacing the FEC with a five-member body would bring to the federal government problems that have long existed at the state level. It would transform campaign finance law enforcement into a partisan exercise, no matter how the agency markets itself. With two Democrats, two Republicans, and a deciding fifth vote, the agency will tilt strongly in whatever ideological direction that swing vote leans. A Commission dominated by two Republicans and an anti-regulation Libertarian is not going to please most Democrats. A commission dominated by two Democrats and a pro-regulation Green is not going to please most Republicans. An Independent, if they are like most Independents, will still tend to vote reliably for one of the two major parties.

So, let’s drop the silly pretense that a five-member agency could remain bipartisan. On that score, you can’t improve on a Commission with an even number of votes, with neither side getting more than half. What a five-member commission really accomplishes is a clear path to steamroll the opposition, in one direction or the other. Proponents acknowledge this, although they put a friendly spin on it.

In a press statement announcing the bill’s introduction, co-sponsors Rep. Derek Kilmer (D-WA) and Rep. Jim Renacci (R-OH) say the radical change is necessary to remove the possibility of partisan gridlock, even though the need to secure a majority vote is an intentional (and crucial) part of the FEC’s design. “[T]he Commission designed to be the people’s advocate in our elections has seen more gridlock than Congress. Meaningful, substantial reforms at the Federal Election Commission need to happen,” Kilmer opined. “[D]ue to the commission’s current structure, it is not operating efficiently or effectively, which is unfair to hardworking American taxpayers,” reasoned Renacci.

What is unfair to taxpayers is allowing their money to be spent on partisan law enforcement guaranteed to lose the public’s trust sooner rather than later. Just look at what happened when the IRS tried to regulate political speech by nonprofits. There’s been no “FEC scandal” like the IRS scandal, and the Commission’s bipartisan structure is a big reason for that.

Moreover, the FEC’s critics, like Kilmer, overstate the extent of gridlock at the Commission. While tie votes have increased in recent years, up to 30% in 2016 (at least by some counts), the Commission historically reaches a majority (6-0, 5-1, or 4-2) in all but the most controversial cases. In the previous election year, 2014, only 14% of substantive votes resulted in a 3-3 tie. The number was even lower if you include procedural votes in the calculation.

That’s not an agency paralyzed by partisanship. That’s a functioning, six-member commission with occasional and sincere disagreements about the meaning of the law, the agency’s authority, and proper enforcement priorities among its members.

Many Democrats have long been willing to ditch the protections of a bipartisan FEC, arguing that 3-3 ties serve partisan Republican interests. But it is bizarre to see Republicans, who typically approach government regulation with caution, begin to embrace this terrible idea. The best explanation may be hubris caused by the GOP’s electoral successes, which have given the Party control of the White House and both chambers of Congress. But it would be a mistake to assume that the levers of power won’t change hands again before long.

Vesting civil enforcement authority over campaign finance laws exclusively in an independent, bipartisan agency protects both sides, no matter who holds power at any given moment. Campaigns and speech about candidates, which help decide who gets elected, are an area where it is critical that both sides agree to the rules and methods of enforcement. Otherwise, we risk tainting the integrity of our elections with the suspicion of partisan abuse.

Replacing the FEC with a five-member agency under control of the President would be a disaster for free speech rights, equality under the law, and bipartisanship. We should never give up the protections that keep every American’s First Amendment rights safe just to make life easier for regulators. Bipartisan law enforcement may be difficult at times, but it’s worth it.

Some FEC Commissioners Unwilling to Commit to Not Banning Books