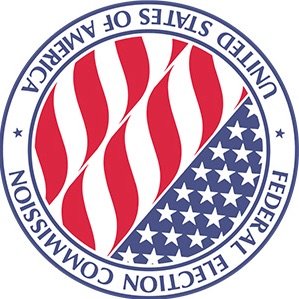 Lately, it seems to have become a sophomoric sport among some who regularly oppose our efforts to protect and expand free speech to try to hijack our resources for their own partisan purposes.

A couple of recent examples come from the anonymous tweeter at alt_fec, and from law professor Richard Hasen. Alt_fec demands, “you guys proclaim yourselves protectors of the #1First Amendment. Now’s your chance to denounce the President’s attempted prior restraint of a book – just about the worst #1stA violation there is. Speak up now, or show yourselves to be nothing but partisan hacks.” A short time before, Professor Hasen devoted several tweets, blog posts, and listserv messages to insisting that IFS had to “denounce President Trump’s incessant attacks on the free press.” Our staff took a bit of time to respond to this nonsense here and here. Alt.fec’s stuff, we note, was particularly embarrassing to the tweeter, since, in its effort to put IFS into its anti-Trump service, it made several elementary mistakes of law.

Anyway, if this is going to be a game for these guys, it may be worth noting our position. First, we generally don’t bother to feed the trolls. It is ironic and not a little humorous that folks who have devoted a substantial portion of their professional careers to trying to limit the reach of the First Amendment feel that they have right to enlist us in their partisan agenda any time they have some claim, in many cases a feeble one, to being on the side of the First Amendment.

Second, we have limited resources. Every day, we let anti-First Amendment statements by politicians pass our desk. We look for things that we believe pose genuine threats, or provide particularly useful “teachable moments.” Otherwise, we’d need to double our budget just to keep up with denouncing Senator Sheldon Whitehouse for his anti-speech comments.

Third, when anti-First Amendment types such as Professor Hasen and alt_fec demand that we denounce some statement or action by the President or one of his agents, they seem to forget that we denounce anti-First Amendment sentiment every day. What triggered Professor Hasen, for example, was a tweet by the President suggesting that if CNN and other networks couldn’t be reasonably fair in their coverage, maybe they should lose their licenses. Now, gee, where in the world could someone, say a president, have gotten the idea that we should consider censoring the press in the name of fairness? Certainly not from an article like this one, right? How could one conclude that inaccurate reporting might be a proper subject of government regulation? Maybe from reading something like this? If you’ve read Professor Hasen’s voluminous scholarship or numerous Slate op-eds arguing for restraints on political speech to promote fairness and accuracy, you might reach that conclusion. Of course, Professor Hasen doesn’t want to pull media licenses. But his are the type of theories that, once injected into public debate, make such ideas perfectly palatable to a great many people.

Fourth, while we will accordingly set our own agenda, we can’t help but notice that our critics only call us out for not denouncing dumb things said or done by Republicans and conservatives. We have a long, well documented history of criticizing such things (see e.g. here , here , here , here, and here for just a small, random sampling over the years). Then there’s stuff like suing the Republican Lt. Governor and Attorney General of Utah, or the Republican Attorney General in Indiana for their actions contra free speech. My personal history of taking on powerful Republican senators and the Republican President when they are wrong well precedes the founding of IFS, see e.g. here. So when a group that defines itself as part of the partisan “resistance” accuses us of only criticizing one side, we appreciate the humor. But of necessity, we can’t – and don’t try – to cover every foolish thing said about free speech, or, for that matter, about us. We let the anti-speech sentiments of Senator Bernie Sanders and Commissioner Ellen Weintraub pass all the time, for example, but our pro-regulatory critics have never worried about that on twitter.

We appreciate that in a nation in which most people at least pay lip service to free speech, it can be damaging to one’s self-image to realize that one is consistently advocating for limiting the application of the First Amendment in the realm of core political speech. Perhaps this creates some deep need to try to portray those on the pro-speech side as hypocrites. But we’re really not interested in amateur psycho-analysis, nor in their trolling. We’ve got actual work to do, usually defending the First Amendment from them. So, in the future, we’ll just suggest that they re-read this post when tempted to troll.

The Twitter handle @alt_fec, which claims the mantle of “resistance” to the present administration, has tweeted to request our views on the First Amendment ...