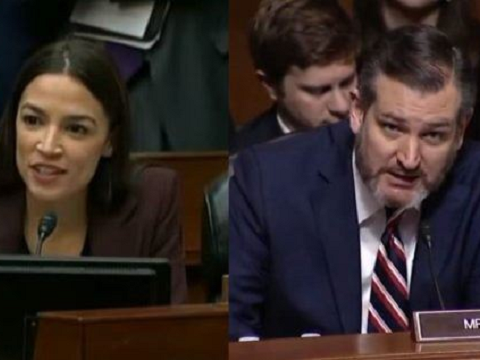 Among the litany of ills that Twitter has been blamed for, perhaps we can add another (more concrete) one: the genesis of plainly unconstitutional legislation.

Last week, Rep. Alexandria Ocasio-Cortez (D-N.Y.), took to her Twitter account to suggest that it shouldn’t be “legal at ALL to become a corporate lobbyist if you’ve served in Congress.” Among those who chimed in to agree was Senator Ted Cruz (R-Tx.), who announced “on this point, I AGREE with @AOC. Indeed, I have called for a LIFETIME BAN on former Members of Congress becoming lobbyists.” (Capitalization in both instances is in Rep. Ocasio-Cortez and Sen. Cruz’s tweets.)

A happy-go-lucky story of unlikely bipartisanship, certainly. But there’s just one issue: the provision is likely unconstitutional.

As the D.C. Circuit noted forty-five years ago, while “[l]obbying is of course a pejorative term…another name for it is petitioning for the redress of grievances. It is under the express protection of the First Amendment.” Congress cannot write away the First Amendment right to petition government of its members now and for posterity. If it could, would Congress also have the power to restrict or ban other protected First Amendment activities that are related to members’ service in Congress, such as becoming a journalist, TV pundit, anchor, radio talk host, or opinion columnist?

Nearly a decade ago, the state of Ohio tried to prohibit members of the state legislature from doing any uncompensated lobbying for a mere year after leaving office. A former legislator filed suit, and in Brinkman v. Budish, a federal judge found the prohibition facially unconstitutional under the First Amendment. Similar reasoning would apply to the lifetime ban being proposed by Ocasio-Cortez and Cruz, even if their ultimate legislation limits itself to the regulation of paid lobbying. After all, while there might be a reasonable government interest in a temporary ban (as exists now), there seems to be no interest in making it a permanent lifetime ban.

The actual text of the legislation may only further compound these constitutional harms. Will the legislation apply the current definition of lobbyist codified at 2 U.S.C. § 1601(10), or will it replace it with a broader definition that would prevent former members from working in any capacity at a trade association or nonprofit advocacy group like the ACLU? Will the $2,500-in-payment registration threshold of 2 U.S.C. § 1602(3) apply, or will any payment – even reimbursement for an Amtrak ticket – be verboten? Will it apply to former members becoming state lobbyists? (In which case, aside from federalism concerns, the law would quickly prevent former members of Congress from ever speaking about policy, even for free, with any officials in Jefferson City, Missouri.)

Corruption of the legislative process is an eternal problem for any human government. Sen. Cruz and Rep. Ocasio-Cortez, with apologies to H.L. Mencken, appear to have happened upon an easy solution to this problem – neat, bipartisan, and unconstitutional.