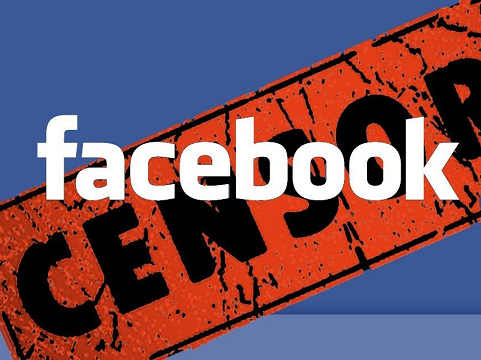 Over the weekend, President Trump took to Twitter to complain about social media companies censoring conservatives. The President also declared that his administration would not let this supposed censorship continue. It’s unclear what prompted this latest string of tweets, but the President’s tweets reflect the attitude of many on the political right.

The view that only conservatives are struggling with new regulations imposed by social media platforms is far from the truth.

Groups across the political spectrum are having trouble communicating with voters in advance of the 2018 election. This struggle is a direct result of new policies adopted by social media firms following concerns about foreign interference in the 2016 election.

Of the largest social media companies, Facebook’s shift in policies have been the most dramatic.

As an example, Facebook now defines any ad which discusses a “national issue of public importance” as political. If any ad is defined as “political,” Facebook requires the advertiser to become verified. The number of issues that Facebook considers of “public importance” is so broad, it includes topics such as the “economy,” “military,” and “crime.” Given the scope of these topics, many ads that aren’t promoting issues or causes at all have been labeled by Facebook as “political.”

This policy change has tripped up everyone from book authors to veterans groups, as they now need to become verified to promote their message. This opaque process, which requires handing over personal documents (Driver’s Licenses, home addresses, and the like) and returning a physical letter to Facebook, can often take weeks. Because of this delay, users often cannot reach their audience in a timely fashion, especially when speaking about hot-button issues currently in the news or being debated unexpectedly in the halls of Congress.

Far from just harming newcomers, even veteran political advertisers are finding it difficult to comply with these new policies. Liberal groups, such as Priorities USA, Latino Victory, and Win Dem Pac, have reported trouble getting their message out.

These three groups focus their messages to Hispanic voters with Spanish language messages. But because their messages are in Spanish, they are facing frustrating delays getting their ads approved. A strategist from the groups claims the approval process for a single Facebook post can take days.

The reason for this delay isn’t due to bias against the groups, but a far more neutral policy change. Facebook often requires that non-English language American political ads are reviewed by a Facebook employee. Most English language ads are instead approved by an algorithm. As a result, Spanish language messages reach their audience much more slowly than their English counterparts.

Of course, ads in English are not immune from being slowed by Facebook’s new policies. New advertisers, especially those without the large budget of a group like Priorities USA, are also having trouble posting political advertisements.

This has been especially true for Democratic and grassroots candidates, as many are running in their first election. Without being previously verified, and lacking the resources of incumbents, navigating Facebook’s requirements can be a huge challenge.

Digital advertising is key to boosting name recognition and reaching voters with fewer resources. Days or even week-long delays in ad approval purgatory can sink campaigns before they have a chance to swim.

These unfortunate outcomes don’t mean that Facebook is purposely discriminating against liberal groups. For that matter, when right-leaning speakers are silenced, it doesn’t necessarily mean that Facebook is discriminating against those groups either. Instead, all of these outcomes demonstrate that the more requirements any platform implements, the harder time everyone will have spreading their message.

Before demanding that government get involved in regulating social media, people should examine the results of self-regulation. As more and more voices are silenced, we should be weary of putting more rules on the speech of Americans.

If an elected official views a political advertisement as misleading, or even false, should that politician have the power to prevent citizens from viewing ...

Facebook founder Mark Zuckerberg has come under fire for comments in a recent interview on the technology podcast, Recode Decode. During the interview, Zuckerberg ...