Targeted Advertising is Neither a Problem Nor New 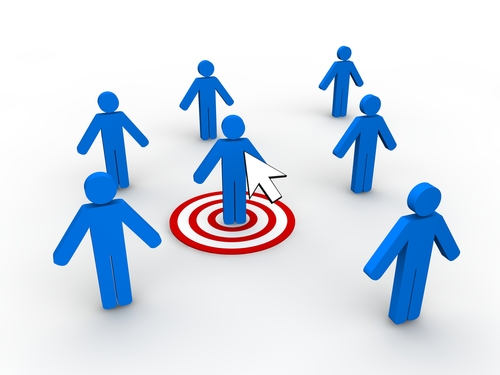 The evolving story about Russian intervention in the 2016 elections has spurred Congress to fixate increasingly on online advertising. Organizations with suspected links to the Russian government ran ads on social media platforms like Facebook, where they spent about $100,000 on such content – a miniscule number compared to both domestic political spending online and overall political spending in the 2016 cycle. In response, many activist groups and lawmakers have called for tighter controls on online speech, even though such restrictions would do more to regulate the speech of Americans than that of foreigners.

One aspect of these online ads that has received particular attention is the degree to which they were targeted at specific regions and voters. Recent reports have asserted that foreign ads were aimed at residents in swing states like Wisconsin, while Facebook provided political advertisers with data breaking down the different political segments of the American electorate that “could’ve been used as a blueprint for exploiting the country’s divisions.” A common theme of these stories are deep concerns about whether political advertising exploits and exacerbates divisions in our society rather than rallying Americans to a common cause. Foreign spending on elections – which the government already outlaws – is certainly something worthy of condemnation. But when we discuss targeted advertising in general, it is important to remember that directing messages to certain audiences is not in and of itself an immoral, illegal, or new phenomenon. It’s a basic principle of advocacy work and amounts to Advertising 101.

The entire purpose of advertising – whether for a car or a politician – is to serve as a device of persuasion or a call to action. Commercials will not convince everybody all the time; some people are just not open to their messages. But advertising campaigns are worth the cost if enough people change their minds, learn something new, or are motivated to take an action in the form of a purchase or a vote.

Advocates for a cause, or purveyors of a product, get more bang for their buck by bypassing those who are apathetic or hostile to their message. There are certainly exceptions in politics where a speaker will try to explicitly reach out to those unlikely to be supporters in the name of building dialogue, such as Bernie Sanders speaking at Liberty University or Mitt Romney speaking to the NAACP. But for the most part, tailoring an ad’s message to a particular audience can make advertising more effective and cost-efficient by directly reaching those constituencies where it will make the most difference.

The capacity to collect data on the internet, especially on social media sites where people voluntarily share a great deal of personal information, makes this process more precise and affordable than ever before. But targeting existed before the internet; it’s the reason why you see financial services advertised on the Fox Business Network and CNBC instead of Cartoon Network and Nickelodeon. Some advocates for greater regulation of political speech – skeptical of Americans’ ability to interpret political messages for themselves – fear the internet’s ability to enhance the power of advertising. Each news report about high political spending in an election triggers all sorts of hyperbolic responses about the deterioration of American democracy, so the prospect of those advertisements being more persuasive (and divisive) frightens supporters of regulation all that much more.

Advertising – whether political or commercial – is also protected by the First Amendment, and it yields similar benefits to other types of free speech. For hundreds of years, classical liberal thinkers have asserted that freedom of speech, open debate, and exchange of ideas all benefit our society and allow us to find truth. We are all better off by being able to shape society through the power of ideas. Such persuasion is what makes our politics democratic.

The fact that advertisers have found more effective ways of persuading Americans should not make us fearful. If we disagree with the ideas that some are bringing to these target audiences, the answer is to bring those same audiences even more compelling messages and ideas, not to censor or regulate any speech that we dislike or disagree with. Insisting on a one-size-fits-all approach to political advocacy is simply unrealistic. Political messengers have to approach audiences on their own terms.

It is not targeted advertising that makes America divided – such strategies are a natural response to divisions that already exist. And despite handwringing about the rise of negative advertising, conventional wisdom holds that such ads are actually more effective at educating voters, or at least convincing them to vote a certain way. To be sure, sometimes advertising can be misleading in addition to negative and divisive. But in an era where there are so many groups with different perspectives capable of speaking up, misleading voices face more pushback and lose legitimacy much more quickly than in the past. Not all targeted political ads are negative or divisive either – there may be cases where candidates and groups judge that sort of message to be unsuited to their preferred audience. Ultimately, persuasion – not government regulation – is the best tool to overcome difference of opinion, whether the message is positive or negative. That is what free speech does best.

The right to exchange ideas necessarily implies the right to persuade. The advent of the internet and data-driven advertising does not change this reality. Concerns about illegal foreign political advertising are worthy of discussion, but we must ensure that such fears do not transform into the regulation of standard advocacy practices employed all across the globe.

Twitter Loses Round One in Lawsuit Challenging User Ban

Yesterday, a California judge refused to dismiss a lawsuit that challenges Twitter’s ban of one of its former users, the controversial Jared Taylor. I ...