The Corruption of “Corruption” 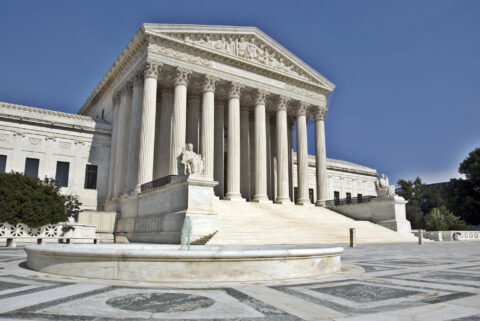 If you’ve not read Jonathan Rauch’s “How American Politics Went Insane” yet, you should.

Reading his article made me think of the title of this post, which obviously is a play on words. Many of those opposed to free speech today see corruption everywhere, often when politicians vote the “wrong” way. In short, free speech opponents have corrupted the use of the word “corruption.”

A good example is the hysteria about the sensible decision by the Supreme Court in the McDonnell case, an 8-0 decision that would’ve been 9-0 if Justice Scalia was still on the Court.

Tara Malloy denounces the decision. The specter she sees is “Taken to its logical end, the Court’s approach permits officials literally to put ‘access’ up for sale, including, as the government wrote in its merits brief, a White House scheduler ‘accepting a $5000 payoff to secure a Rose Garden event’ or a cabinet secretary ‘auctioning off his official appearances to the companies willing to pay him the most.’”

That’s how those who want ever more regulation think. Imagine some scenario, and we need a rule, a law, or something to stop it from happening.

Maybe if we had a dictatorship, we’d need these kind of rules (though they would probably be just for show).

Our system has a better way of policing this type of behavior: the ballot box. Do unseemly things, and your political career is dead.

McDonnell is a good example. He may be free (though I would not be surprised if prosecutors continue the case — I’ve not reviewed the evidence), but his political career is over. And that is a lesson to those who might be tempted to try Malloy’s fundraising advice.

One last thing about the criticism of the decision. The law, which provides for criminal penalties, is not clear. If it was meant to cover meetings with constituents, then it should clearly state it (but such a bill would likely never pass). The government wanted the term “official act” to cover just about anything an elected official might do, including simply meeting with someone. The Court noted that “A related concern is that, under the Government’s interpretation, the term ‘official act’ is not defined ‘with sufficient definiteness that ordinary people can understand what conduct is prohibited,’ or ‘in a manner that does not encourage arbitrary and discriminatory enforcement.’ Skilling, 561 U. S., at 402–403 (internal quotation marks omitted).” The Court’s analysis of the law’s text made a compelling case that an official act did not include meetings.

Those critical of the decision appear to think it’s okay for the government to clarify the law by getting convictions and putting people in jail, which then would provide clarity. That’s scary.

FEC v. Cruz is a forceful restatement of the Court’s intention to protect political speech and clarifies that governments must justify restrictions with specific ...