From Russia With (No) Love: The Dangers of Vague Speech Laws 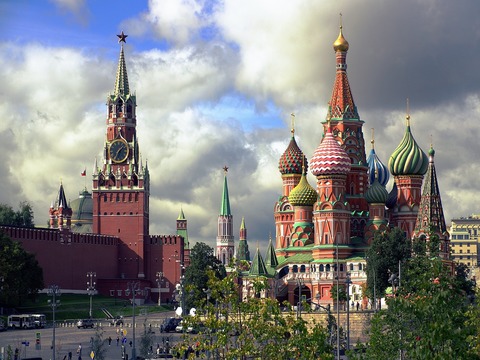 The following is a guest post by Daniel Ortner, a Sacramento-based Attorney at the Pacific Legal Foundation, a nonprofit legal organization that defends Americans’ liberties when threatened by government overreach and abuse.

There is no question that calls to ban, censor, or restrict access to speech deemed either “offensive” or “hateful” are ramping up across America.

In 2019, for instance, New York City declared that the use of the (legally correct) term “illegal alien” could be considered unlawful discrimination because it is … offensive. And professors nationwide have been targeted for daring to criticize affirmative action, supporting boycotts of Israel, or speaking out on any number of other controversial topics.

The growing effort to suppress speech is, unfortunately, a bipartisan sport.

But we should be skeptical of such calls to censor even when we disagree strongly with the speech in question and find it abhorrent. Calls to block ideas because they are offensive or hateful are dangerous and invariably lead to state censorship and suppression of ideas.

In the recently published book, Counter-Terrorism Laws and Freedom of Expression, I contribute a chapter that examines one extreme, but revealing, example of the consequences stemming from an attempt to suppress purportedly offensive or harmful ideas.

In 2002, the Russian Federation enacted a law entitled “On Fighting Extremist Activity.” The law began as a national security tool to combat the rise of Islamic fundamentalism. Once in the hands of zealous prosecutors, however, the law has become a tool to ban religious literature, suppress political dissent, confiscate property, and even jail dozens of Jehovah’s Witnesses merely for continuing to belong to their faith.

Despite several rebukes by the European Court of Human Rights, Russia not only has kept using the Extremism Law, but in 2016 doubled down on its suppression of individual liberty under the guise of national security by enacting another law, known as the Yarovaya Law. Despite reassurances it would not restrict religious worship, in practice, this law has criminalized routine expressions of faith such as discussing God – in one’s own home.

Russians have even been arrested for the unauthorized teaching of yoga.

As Americans, it may seem puzzling that Russia’s laws could be weaponized in order to suppress free speech and religious freedom.

It’s not complicated. Russia simply defined “extremism” in an extraordinarily open-ended fashion to encompass anything deemed offensive or harmful. This included any speech that “incite[d] religious hatred” or expressed “exclusivity, superiority, or inferiority of citizens” due to “their attitude towards religion or religious affiliation.” By law, then, even speech that is merely “insulting the religious feelings of believers” is criminal.

The intentionally vague, open-ended mandate empowered prosecutors to suppress political dissent, prosecuting members of the band Pussy Riot after their infamous “punk prayer” performance inside the Cathedral of Christ the Savior in Moscow. The law was even used to ban cartoons or images deemed too offensive, such as episodes of the cartoon South Park and a painting depicting Mickey Mouse preaching the Sermon on the Mount in place of Jesus Christ.

Russia’s extremism law was challenged before the European Court of Human Rights, which forcefully repudiated Russia’s justification for suppressing religious speech because “some people might be offended.”

In light of this pressure, the Russian Constitutional Court has backed down from some of the law’s worst abuses by emphasizing that religious books could not be banned based solely on the “subjective perception” that the material was harmful or offensive. As a result, prosecutions for religious extremism have slowed down. But prosecutions for offensive political speech have stayed constant or intensified. And the Extremism Law continues to be used to justify the prosecution of over 300 Jehovah’s Witnesses, with at least 40 currently in detention and dozens awaiting trial.

Russia’s abuse of its Extremism Law is a global outlier, but it is also a cautionary tale.

Fortunately, the First Amendment does not allow American politicians to get anywhere near Russia’s folly. For instance, in 2011, in an 8-1 decision, the U.S. Supreme Court ruled that the First Amendment protected the conduct of the Westboro Baptist Church in picketing outside of military funerals with virulently anti-gay signs. The Court emphasized that the First Amendment contains no carve-outs for speech that is “offensive” or even “outrageous.” Vague or overbroad laws are also forbidden. For this reason, in 2018, Pacific Legal Foundation secured a 7-2 victory at the Supreme Court, which declared that a ban on wearing “political” apparel at the polling place was overbroad and gave too much discretion to government bureaucrats.

Still, vague restrictions on speech remain a serious problem across the country, such as the misguided effort to adopt nebulous speech codes for lawyers. A strong commitment to free speech is what sets this country apart and keeps it from gradually drifting toward tyranny and the suppression of ideas. We should not compromise on our impregnable commitment to the First Amendment.