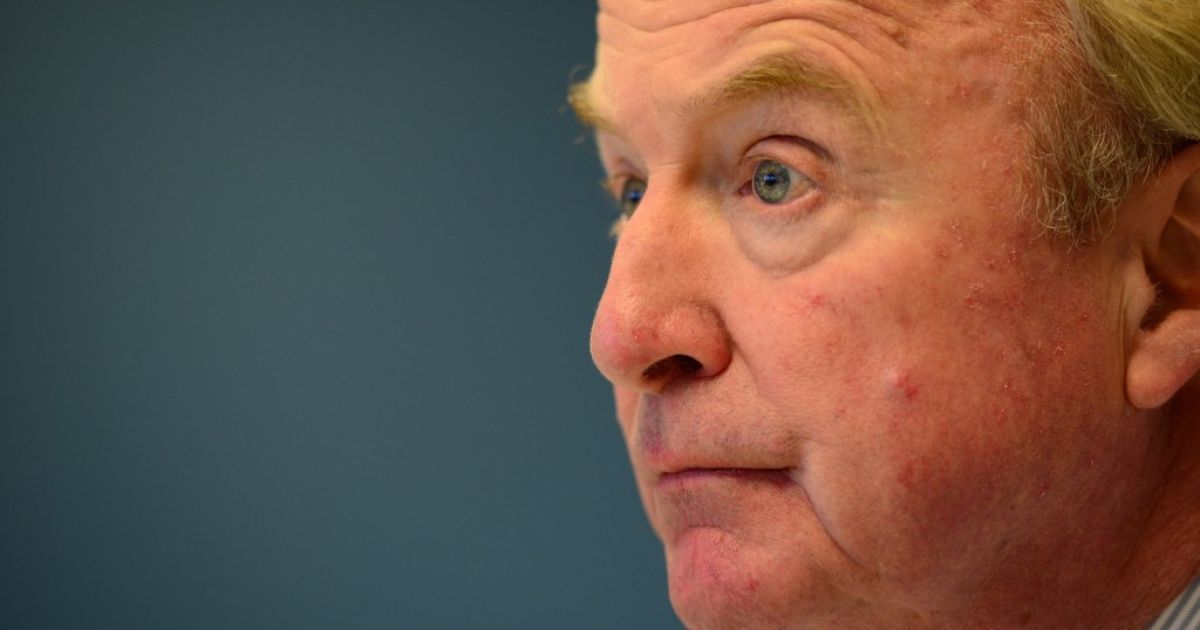 A troubling story came to light this week out of New Jersey, where a bank employee resigned her position in part due to pressure over her political advocacy.

House Appropriations Committee Chair Rodney Frelinghuysen (R-NJ) had sent a fundraising letter to the board member of a bank with a handwritten note singling out an employee, Saily Avelenda, as “one of the ringleaders” of local efforts to oppose Frelinghuysen’s agenda. Avelenda was not fired, but she was called into a meeting with her boss and “had a lot of explaining to do,” she said.

“I had to write a statement to my CEO, and at my level as an assistant general counsel and a senior vice president, at this employer it was not something that I expected,” Avelenda explained. “I thought my Congressman put them in a situation, and put me in a really bad situation as the constituent, and used his name, used his position and used his stationery to try to punish me.”

She ultimately resigned. And for what? The group Avelenda was supporting, NJ 11th for Change, has been calling on Frelinghuysen to host a town hall, and, in the meantime, been protesting outside his office. Both are perfectly legitimate manners of exercising First Amendment rights.

Rep. Frelinghuysen defended his actions by objecting to the number of calls his office has been forced to deal with as a result of NJ 11th for Change’s efforts: “I’m not suggesting people don’t have a right to speak and let their views be known, but some of this is highly orchestrated and it’s unfortunate.”

Frelinghuysen’s comments suggest a disappointingly hollow view of the First Amendment – and one more common on the left. Many Democrats in Congress regularly argue that restricting how political advocacy is organized and funded does not infringe on First Amendment rights. But the First Amendment protects the right to associate as well as the right to speak. Organizing to increase the impact of speech is as natural to politics as stump speeches and voter guides.

In any event, outing individual constituents for opposing your agenda is probably not most Americans’ idea of proper behavior for a member of Congress. To be sure, Avelenda had spoken to the media, suggesting that she was comfortable taking some public scrutiny for her views. But whether you think Avelenda’s public activism justifies the pressure she faced to resign or not, we should be wary of a political culture where bold stands can only be taken by those with financial independence or the support of their bosses.

A pluralist vision of American democracy solves this problem with, well, pluralism. There are many ways to attempt to influence politics, from voting to making campaign contributions to joining civic organizations to lobbying legislators to galvanizing the public, and beyond. Citizens should be able to choose the method that suits their interests and aptitude – without fear of life-altering negative consequences.

But the absolutist bent of modern pro-disclosure advocates inevitably clashes with this model. Whereas the pluralist favors having many avenues of influence to meet the needs of different people and groups, the absolutist prefers having very few avenues of influence so they can be strictly regulated and controlled. The belief that every group speaking about candidates or policy should play by the same rules; that every dollar raised and spent on such speech should be traced as far back as possible; that punishment for violations should be severe and enforcement strict across-the-board; all bulldozes over the unique traits and risk preferences of people entering the political sphere.

Returning to Avelenda, perhaps she regrets nothing and would do it all again. That’s each individual’s prerogative. But no one should have to be willing to lose their job simply for exercising their First Amendment rights. That’s one of the reasons CCP fights so passionately for donor privacy. Nonprofit advocacy groups represent one of the few remaining ways that people can put their beliefs into action without being made vulnerable to their employers and others through misguided disclosure laws. It’s a way to make your voice heard without your boss hearing, too.

The disclosure absolutists look at donor privacy and see a loophole. The pluralists see just another way of participating in civic life – one with particular appeal for vulnerable people who feel they can’t make campaign contributions or engage in public-facing activism. This is an issue that cuts across party lines. In other districts, it’s conservatives who fear retribution for speaking out against liberal members of Congress.

A pluralist approach to political influence – with respect for donor privacy – is the best way to protect everyone’s ability to exercise their First Amendment rights. People are rightly concerned when vulnerable citizens suffer serious consequences just for speaking out. To protect them, we need to protect forms of political participation that allow people to engage privately. And yes, Rep. Frelinghuysen, that’s still true even if they are “highly orchestrated.”

Earlier this month, the Berkeley Police Department published on Twitter the names, photos, ages, and cities of residence of protesters arrested at a “No ...

Foresight is 20/20: Free Speech Developments to Follow This Year

A number of trends that will continue to unfold in 2020 have the potential to significantly impact Americans’ political speech rights. As policymakers, pundits, ...