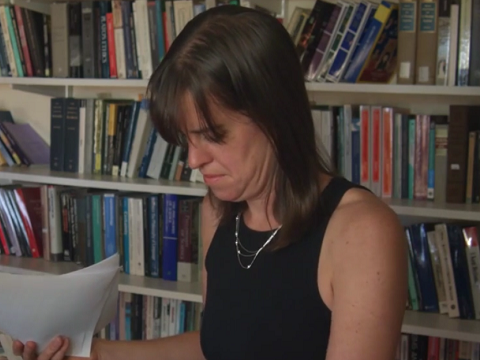 Colorado resident Diana Hsieh, a doctor of philosophy, organized the non-profit Coalition for Secular Government with her friend Ari Armstrong in order to promote a secular understanding of individual rights, including freedom of conscience and the separation of church and state. Because of unconstitutionally vague state laws, confusion as to what constitutes political speech and what is covered under a press exemption, and a refusal by the state to abide by a federal court order, Hsieh and CSG have found it nearly impossible to carry out the activities of a small non-profit group without fear of running afoul of complex Colorado campaign finance laws.

“Ari and I simply wanted to discuss a Colorado ballot measure as a small part of our effort to educate people about our philosophy. Our goal has never been to defeat such measures; they would have lost just as badly without our policy papers,” Hsieh notes. “It’s frustrating that even our modest efforts are hampered by the Colorado campaign finance system. To avoid the risk of costly lawsuits and hefty fines, we must report minor purchases of office supplies and the names and addresses of small-dollar donors. Our experiences with Colorado’s system have been confusing and dispiriting. We’ve not abandoned our efforts, as most people would have done, but we’ve definitely scaled back our efforts. We shouldn’t have to register and file these meaningless reports with the State to speak on moral and political topics of public concern.”

The CCP legal team filed a complaint alleging that, even though Diana and CSG plan to raise no more than $3,500, nearly all of which will go toward updating and disseminating an expanded and updated copy of their public policy paper, the state of Colorado appears to demand that CSG register as an issue committee, with all the paperwork burdens and restrictions that status entails. CCP Legal Director Allen Dickerson notes that this is unconstitutional under the First Amendment to the U.S. Constitution and burdensome, particularly for a small group seeking only to exercise their right to speak.

The legal team filed a motion for preliminary injunction on behalf of a Colorado group, Coalition for Secular Government (CSG). CCP asks that a federal judge in Colorado enjoin Colorado Secretary of State Scott Gessler to refrain from forcing CSG to register as an “issue committee” until their constitutional claims can be heard. Otherwise, CSG will be unable to speak until a potentially lengthy litigation has run its course.

With CCP’s Help, the Coalition for Secular Government was victorious. The Tenth Circuit Court of Appeals ruled that Colorado’s law was unconstitutional as applied to CSG. The State’s petition to the U.S. Supreme Court was denied, formally ending the case.

A litigation backgrounder on the case can be found here.

District Court for the District of Colorado