Can state legislators overturn the will of the people in order to institute tax-financed campaigns?

Under California law, the Institute for Free Speech believes the answer is clearly no. On behalf of the Howard Jarvis Taxpayers Association and retired State Senator and Judge Quentin L. Kopp, IFS (formerly the Center for Competitive Politics) joined the Center for Constitutional Jurisprudence and Bell, McAndrews, and Hiltachk, LLP in a suit against California for enacting a law that would do just that, in violation of the State’s Constitution and law.

In 1974, voters passed the Political Reform Act of 1974 via the state’s robust initiative process. In 1988, that initiative was amended, again by voters, with the passage of Proposition 73, which prohibited tax dollars to be used for the purpose of funding politicians’ campaigns. In 2000, again by initiative, voters reaffirmed the ban on tax-financed campaigns by passing Proposition 34. In order to protect state legislators from tampering with the law, this Initiative also revoked the ability of the Legislature to amend any part of the Political Reform Initiative without voter approval. Californians spoke clearly – any changes to the ban on tax-financed campaigns needs to be approved by the voters, and not just by passage of a bill through the Legislature. 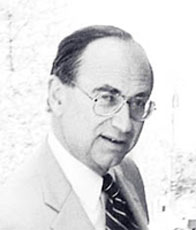 But in 2016, California legislators ignored the voters of their state. They passed, and Governor Jerry Brown signed, S.B. 1107. That bill amended the Political Reform Act of 1974 to allow tax-financed campaigns at the state and local level, in direct contravention of the law, the California Constitution, and the clearly established desire of voters.

The Howard Jarvis Taxpayers Association (HJTA) is a nonprofit organization that represents California taxpayers in the courtroom. “Given the high cost of litigation,” the Association explains, “an ordinary taxpayer is rarely in a position to challenge the validity of an illegal tax levy.” The illegal passage of S.B. 1107 is one such instance, and HJTA is filing suit to make sure that Californian’s tax dollars are not illegally sent to political campaigns. They are joined in this case by Quentin L. Kopp, a California citizen, retired judge, and an original author of Proposition 73, which prohibited the Legislature from enacting tax-financed campaigns.

Taxpayers in California deserve their day in court for the illegal actions of the Legislature and the Governor in passing and enacting S.B. 1107. Thanks, in part, to the Institute’s efforts, they will have it.

Court of Appeal of the State of California, Third Appellate District