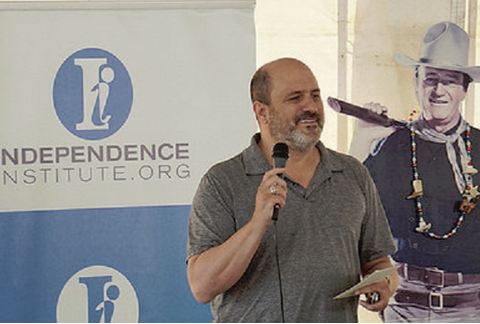 Can a think tank run ads advocating for public policy without first disclosing its donors to the federal government? That is the question at the core of Independence Institute v. FEC.

The Independence Institute (“Institute”) is a well-established Colorado think tank whose mission is “is to empower individuals and to educate citizens, legislators and opinion makers about public policies that enhance personal and economic freedom.” In 2014, the Institute wanted to run advertisements discussing important issues of public policy. Specifically, the ads urged Coloradans to contact their senators and ask them to support a bill reforming federal criminal sentencing rules. While the Institute wanted to run these ads in close proximity to the election—when citizens were likely paying attention to policy—the ads neither advocated the election or defeat of candidates, nor even mention the upcoming contests.

But the Bipartisan Campaign Finance Reform Act of 2002 (a.k.a. McCain-Feingold) forces disclosure and registration requirements upon any group that runs an ad that merely mentions the name of a candidate for office. In order to run these ads, the Independence Institute is required to file reports with federal authorities and provide personal information about its donors to be published online on the Federal Election Commission’s public website. The law fails to adequately account for the fact that many candidates are also sitting lawmakers, and so improperly covers groups, like the Institute, that wish to engage in genuine issue speech.

“While the government may require disclosure for speech related to elections,” said CCP Legal Director Allen Dickerson, “a long line of Supreme Court cases protect the First Amendment right to speak about public issues while maintaining the privacy of speakers and their supporters.”

Donors and speakers have many reasons to protect their privacy. Some fear retaliation from government officials who disagree with them. Others fear physical harm or threats to themselves and their families, vandalism to their property, loss of jobs, or boycotts of their business if they support unpopular positions. Some just value their privacy, or don’t want their contributions to spur numerous requests for their assistance from other groups discussing other issues.

CCP is defending both the rights of Independence Institute to speak about public policy without first gaining permission from the government, and the rights of donors to give privately to causes they believe in.