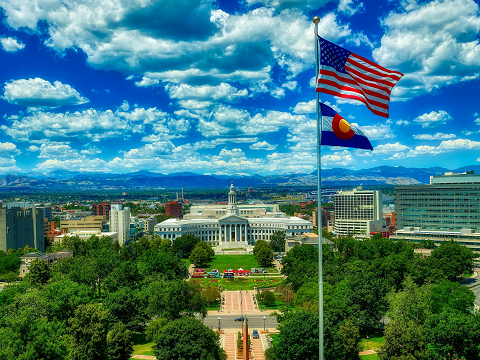 The nation’s most restrictive limit on donations to legislative candidates just landed in federal court. Two Colorado candidates and a citizen who wishes to support candidates challenged Colorado’s limits on individual donors as unconstitutionally low.

In addition to setting its limits too low, Colorado law punishes candidates who choose to fully exercise their right to promote their campaigns. Candidates who agree to limit their campaign spending are permitted to raise contributions twice the size of opponents who refuse. This scheme to ‘level the playing field’ between opposing candidates is unconstitutional under the Supreme Court’s 2011 decision in Arizona Free Enterprise Club PAC v. Bennett.

The plaintiffs in the case are 2022 gubernatorial candidate Greg Lopez, state senate candidate and current District 65 Representative Rod Pelton, and Colorado citizen and campaign donor Steve House. They are represented in the case by Owen Yeates from the Institute for Free Speech, and Dan Burrows, Legal Director at Advance Colorado.

Lopez and Pelton have each identified supporters who wish to give more than Colorado currently allows. One of Lopez’s primary opponents has agreed to limit her campaign’s spending, allowing her to raise contributions twice as large as his campaign. Pelton has agreed to limit his spending in order to avoid being disadvantaged relative to his opponents. House, who has previously made campaign contributions at the legal maximum, wishes to support candidates to a greater extent in the future.

A 2018 study by the Institute for Free Speech found that Colorado’s contribution limits for individual donors were the most restrictive in the nation after accounting for population and district size. Last year, Colorado’s limit on contributions from individuals to legislative candidates became the country’s lowest after Montana increased its limit from $180 to $400 per election. That’s twice the size of the limit in Colorado in a state with less than a quarter of its population. Eleven states do not impose any limit on the amount that individuals may contribute to gubernatorial and state legislative candidates.

Low contribution limits are especially harmful to candidates in major media markets like Denver and to new candidates and challengers who have not yet established name recognition with voters. These candidates need to pay for advertising, campaign materials, and travel throughout their district or the state. Incumbents, by contrast, enter campaigns with numerous advantages that make it easier to forego large contributions. Incumbents often plan their reelection campaigns far in advance, receive support from party leaders, have lists of past supporters to call on, and can earn publicity through their official actions.

Colorado voters deserve to hear from the candidates on their ballot. Colorado candidates deserve a fair opportunity to compete against well-known incumbents. The state’s low contribution limits undermine these basic democratic values and should be struck down under the First Amendment.

United States District Court for the District of Colorado