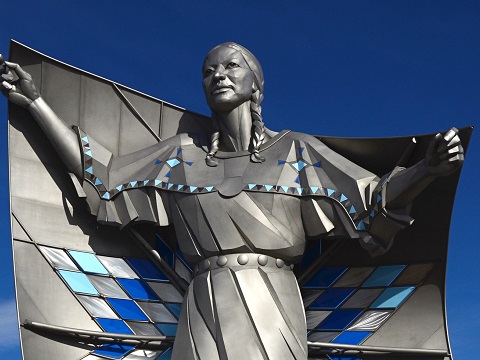 Photo by
Read More »
Photo by

Americans have the right to support or oppose state ballot measures, even if they are not residents of the state. This is the issue at the heart of South Dakota Newspaper Association, et al. v. Barnett, et al.

On behalf of our clients, the Institute for Free Speech, in conjunction with former South Dakota Attorney General Marty J. Jackley, has filed a federal lawsuit to defend this important First Amendment right.

This case began when South Dakota passed Initiated Measure 24 in 2018. That measure, as codified by the South Dakota Legislature, would ban “any contribution to a statewide ballot question committee by a person who is not a resident of the state at the time of the contribution, a political committee that is organized outside South Dakota, or an entity that is not filed as an entity with the secretary of state for the four years preceding such contribution.”

Such a ban on out-of-state contributions is detrimental to the First Amendment. Courts have long recognized that contributions to ballot measure campaigns promote robust debate about public issues. They, therefore, receive significant First Amendment protections. This is no less true for contributions from residents of other states.

The plaintiffs in this case are four trade associations who wish to spend funds to speak about ballot measures in South Dakota, and one national nonprofit and one former South Dakota resident who wish to donate funds to groups that speak about South Dakota ballot issues. All six would be prevented from exercising their First Amendment rights because of the ban.

Americans for Prosperity is a national advocacy organization that seeks to promote its political beliefs across the country. The group, however, is headquartered in Virginia. Thomas Barnett, Jr. is a former South Dakota resident who has long been active in ballot measure campaigns. He recently retired to Florida.

Both AFP and Barnett want to contribute to ballot committees to help advocate for and against South Dakota ballot measures. But both AFP and Barnett are completely prohibited from donating, effectively silencing their efforts to speak in the state.

This ban thus presents serious harms both to in-state groups looking to accept out-of-state funds and out-of-state groups and citizens looking to speak in the state. It is a clear instance of viewpoint discrimination and should be prohibited as an unjust restriction on the First Amendment.

The government has no legitimate interest in enforcing this ban. Far from benefiting the people of South Dakota, this ban would harm them by removing valuable voices in debates about ballot measures. Many state issues have national or regional implications, and voters may wish to hear from non-state residents or businesses who will be affected by state policy. Voters may also wish to hear from national organizations with expertise in specific policy areas.

The Institute for Free Speech has filed this suit to rectify these serious harms. South Dakota’s out-of-state contribution ban is unconstitutional and should be thrown out by the court.