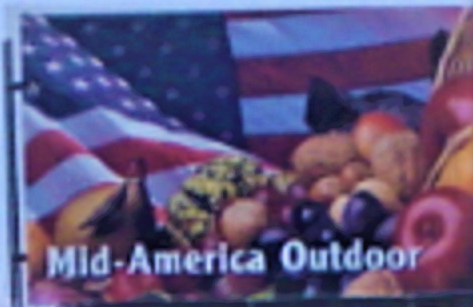 Can a state force you to tear down your billboard because they don’t like the content of the message? That is the question at the heart of Thomas v. Bright.

The Institute is representing William Thomas, the owner of several roadside signs. Since 2006, Mr. Thomas has been at loggerheads with the Tennessee Department of Transportation (TDOT) and its lengthy billboard regulations. TDOT demanded that Thomas take down a number of billboards he owns, including one used to cheer on U.S. athletes in the Olympics and another that celebrated “the glory of the season” during the holidays.

After having one billboard literally torn down by government authorities, Mr. Thomas decided to fight the state’s unconstitutional laws governing what individuals can and cannot say on their own property.

TDOT has argued that they can remove the signs in the interest of “traffic safety” and “aesthetics.” But, crucially, the state would not be attempting to tear down Mr. Thomas’s sign had it advertised on-site commercial activity. If the nearby auto body shop wanted the same-sized billboard to advertise its sale on tires, it could do so. Yet, Mr. Thomas’s billboard was prohibited. The state, therefore, must look to a sign’s content to determine whether it should be regulated. And that requirement creates a major First Amendment problem.

“A law that permits a sign that says ‘Fireworks for sale here,’ but prohibits an identical sign that reads ‘Support our troops’ imposes a content-based restriction on speech. Such restrictions must survive strict scrutiny, which requires more than the state’s vague assertions about promoting highway aesthetics and safety,” said Institute for Free Speech Legal Director Allen Dickerson.

Mr. Thomas has prevailed in district court, and TDOT has appealed. The Institute is handling Mr. Thomas’s case on appeal to ensure that states do not infringe on speech rights without cause. Tennessee cannot silence a speaker simply because it thinks it harms highway “aesthetics.” The First Amendment stands against the notion that government may prohibit speech on the basis of its content. Mr. Thomas should be free to celebrate “the glory of the season” all year round.