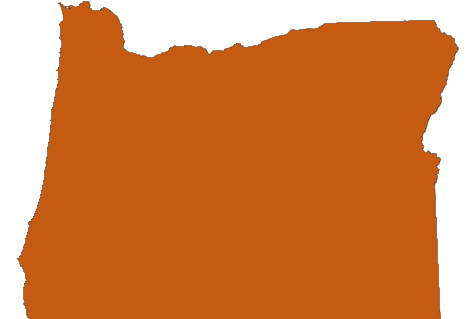 This November, the citizens of Multnomah County, Oregon – the county where the City of Portland is located – will be asked to approve “A Fair Elections and Clean Governance Charter Amendment” (“Amendment”). The Amendment may impact the First Amendment rights of all citizens of Multnomah County and nonprofit organizations in particular. Accordingly, the Center for Competitive Politics (“CCP”)[1] provides the following analysis of some of the Amendment’s provisions affecting these groups as an informational guide to compliance issues to prepare and watch out for, if the Amendment is ultimately approved.

CCP takes no position on the merits of the Amendment as a whole, and emphasizes that the provisions on which this analysis focuses constitute only a small portion of the changes proposed by the measure. Accordingly, this analysis should not be interpreted in any way as an exhortation to either vote for or against the measure, nor should it be construed as otherwise endorsing or opposing the measure.

I. The Amendment’s definition of “independent expenditure” is vague, and may sweep in non-advocacy discussion of public issues.

Unlike Oregon law, where an independent expenditure must be a “communication in support of or in opposition to a clearly identified candidate or [ballot] measure,” the Amendment imposes a vague and sweeping definition.[2]

If enacted, the Amendment will define an independent expenditure as any effort “to influence the outcome of a Candidate election” that is neither made by a candidate committee or in coordination with a candidate.[3] Courts have repeatedly indicated that this type of language is unconstitutionally vague. Clearly, many forms of speech on legislative or policy issues would indirectly influence how some person might vote, but it is far from clear what speech would trigger regulated activity and what would not.

This definition does not assure that an organization will only be regulated if it is formed to influence voters, or if influencing voters is its major purpose. That is, rather than informing individuals and entities, in advance, as to the amount of express advocacy they may engage in before being regulated as a political committee (“PAC”), the phrase “to influence the outcome of a Candidate election” opens nonprofits up to regulation. The Amendment might be interpreted as regulating communications that discuss issues even if no candidate is mentioned. For example, how would the regulation apply to pamphlets touting the need for a new middle school if one candidate supports a new school? What if a group endorses a policy proposal by a candidate, but not the candidate herself? Finally, these proposed regulations would apply to speech at any time, not merely in the month or two before an election.

II. The Amendment may turn many nonprofit corporations into PACs, which are permitted to make only limited “independent expenditures,” required to place a mandatory government-sanctioned label on all future communications, and obligated to compromise the privacy of all their supporters.

The consequence for making such “independent expenditures” are substantial. “Any group, association, or Entity…that makes an Independent Expenditure” must register as a PAC within three business days.[4] Under the Amendment, not only will this impose the burdensome regulations that normally attend PAC status, it also imposes a spending cap. No PAC is permitted to spend more than $10,000 on independent expenditures, however understood.[5]

The organization must also “report the Entity’s previous sources of funding during the current election cycle.”[6] The Amendment does not define the term election cycle.

In addition, PACs are compelled to place an odd, and perhaps very long, label on “any written, printed, digital[,] or broadcast communication” – regardless of content – except for small items and signs, bumper stickers, and limited leafletting.[7] In all other communications, a PAC must “name and identify itself…using a name or phrase that clearly states the economic or other interest of its major donors.”[8] Once again, the Amendment is extremely vague – if Tom Steyer is a major donor to an environmental nonprofit, will that entity have to identify itself as “Citizens for A Clean Earth and Hellman & Friedman, A Private Equity Firm in which a Donor is a Partner”? And what happens to that label when a major donor stops giving, or the largest contributor to a nonprofit is another entity or an estate? The Amendment does not say.

In addition, in “Each Communication to voters related to a Multnomah County Candidate Election,”[9] a term that is undefined, a PAC must list the names of its five largest contributors (including all those tied for fifth) over the past two years and “The Types of Businesses from which the contributor has obtained a majority of income” in the previous five years.[10] There is no cap on the number of donors who must be disclosed. For example, if a small group primarily solicited $50 donations and had 20 such donors all tied for the fifth largest donor, 24 donors and all their business activities or employers would have to be listed in the communication.

This disclosure will essentially force nonprofits to ask their supporters to report all their sources of income for the previous five years, a very difficult task. This may chill gifts and squelch even non-political activity by groups promoting the public interest.

III. The Amendment has no real safe harbors.

Compounding these direct limitations and compelled speech, the Amendment has virtually no safe harbors for speech. The only exceptions to its “expenditure” definition are “paper or electronic copies” of “an officeholder scorecard or Candidate survey…at a cost of less than ten thousand dollars…for distribution to the public,” and a media exemption.[11]

Even these limited exceptions pose potential problems for the nonprofit community. It is unclear, for instance, how to calculate the valuation of a candidate survey, or even what would qualify as such a communication. For instance, if a candidate declines to respond to a survey question, is it permissible to use public sources to list his positions on the issues?

Even the media exemption would appear to regulate some bona fide media organizations. It does not recognize an exemption for a “newspaper, magazine or other regularly published periodical” if the publications are distributed through “unsolicited mailings or other means of distribution not sought by the recipient.”[12] This definition would appear to deny a media exemption for some free newspapers or magazines, depending on their distribution methods.

And the media exemption only applies to a “bona fide news story, commentary[,] or editorial distributed through the facilities of any media organization.”[13] What constitutes a “bona fide” editorial or commentary is unclear, as is the identity of officials authorized to make that sensitive determination. Worse, if the media organization is paid by anyone “apart from normal advertisers,”[14] – another inherently vague term – the exemption could be lost.

Nonprofit leaders will necessarily wonder how the vague terms described above will be interpreted. In that regard, because the Amendment has two separate third party enforcement mechanisms, nonprofits cannot rely on prosecutorial discretion and good sense to prevent misuse of the enforcement provisions in the law.

First, “[a]ny person may file a written complaint of a violation” with the county auditor, who “shall immediately refer the complaint to an administrative law judge.”[15] The plain language here provides no opportunity for the auditor to dismiss frivolous or politically motivated complaints, nor is there any requirement that an individual swear to the contents of the complaint under penalty of perjury or other sanction. Moreover, the law provides for swift review, likely complicating an effective defense. No provision is made to require notification of the complaint to the alleged violator and it is unclear how soon such a notice, if any, would be delivered. The administrative law judge “shall hold a hearing” within fifteen days, and then issue a decision no later than fifteen days thereafter.[16] No provision is made for motions to dismiss obviously frivolous claims.

The second third party enforcement procedure allows any eligible Multnomah County voter “a civil cause of action against any violator of” the Amendment, and “upon proof of violation,” entitles him or her to “recover a civil penalty of not less than $500 per incident of violation.” The language is unclear, but the penalty may be as high as “twenty times” the amount spent related to the violation.[17] This odd qui tam provision may be used to harass perceived political opponents.

In sum, nonprofit groups active in Multnomah County may wish to prepare themselves should the Amendment become law. Without a compliance plan, nonprofits may be subject to heavy sanctions for their educational and issue speech, as well as disclaimer burdens that may discourage donations and force organizations to self-silence. Nonprofits should also brace themselves and budget for an enforcement system permitting ideological rivals to force one another into expensive litigation without ample procedural protections or opportunities for the exercise of prosecutorial discretion or expertise.

[1] The Center for Competitive Politics is a nonpartisan, nonprofit 501(c)(3) organization that promotes and protects the First Amendment political rights of speech, assembly, and petition. It was founded in 2005 by Bradley A. Smith, a former Chairman of the Federal Election Commission. In addition to scholarly and educational work, the Center is actively involved in targeted litigation against unconstitutional laws at both the state and federal levels. For instance, we presently represent nonprofit, incorporated educational associations in challenges to state campaign finance laws in Colorado. We are also involved in litigation against the state of California.

On behalf of the Center for Competitive Politics, I write to offer comments on the Notice of Proposed Rulemaking, Rules Concerning Campaign and Political ...

On behalf of the Center for Competitive Politics, I respectfully submit the following comments on constitutional and practical issues with portions of Senate Bill ...