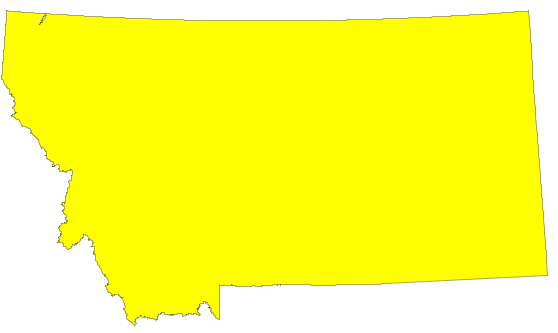 The Center for Competitive Politics (“CCP”) understands that the Commissioner of Political Practices (“CoPP”) has submitted proposed changes to his agency’s regulations for your Committee’s review, pursuant to the Montana Administrative Procedure Act.[1] CCP has worked diligently with the CoPP over the past several months to attempt to remedy major deficiencies in the proposed rules.[2] While the latest version of the proposal submitted to the Committee has addressed some of these concerns, the CoPP’s rules still contain far too many legal infirmities to pass muster with the Constitution and the statute duly enacted by the Montana Legislature.

For these reasons, which are discussed in more detail below, CCP urges the Committee to recommend amendment or rejection of the CoPP’s proposed rules.[3]

A) The Proposed Rules Give the CoPP Sole and Unlimited Discretion to Determine When to Regulate a Group as an “Incidental Committee.”

The CoPP’s proposed rules provide that:

While this definition of an “incidental committee” has the appearance of being narrowly worded, upon closer inspection, it becomes apparent that it is infinitely open-ended. While the statute contains relatively narrow and objective definitions for the terms “support or oppose,”[5] “expenditure,”[6] and “contribution,”[7] these are not the exclusive factors the CoPP is proposing to use to determine a group’s status as an incidental committee.

Instead, a group may also become an incidental committee under the proposed rule if it engages in any “reportable election activity.” The first hint of this is in the “may consist of” clause in the proposal. In other words, activities triggering incidental committee status may include, but are not limited to, making expenditures or accepting contributions. The CoPP confirms this understanding in his responses to the public comments on the initial draft rules published in Mont. Admin. Reg. Notice No. 44-2-207.[8] In Response 126, the CoPP explains, “election activity . . . triggers reporting and disclosure (“reportable election activity”) or triggers limits (contributions or expenditures) . . . .” Since there are no freestanding “reporting and disclosure” requirements under Montana’s campaign finance law other than those that apply to political committees,[9] the CoPP’s explanation can only be understood as suggesting that a group’s status as a political committee may also be determined on the basis of its “reportable election activity.”

The reliance on “reportable election activity” is particularly problematic because the CoPP proposes a definition of this term that is completely boundless. Specifically, the term:

To drive home this point, the CoPP explicitly states that “election activity can consist of activity outside of the listed items.”[11]

In other words, any group engaging in any activity whatsoever may become subject to Montana’s campaign finance law and regulations, without any notice or warning whatsoever, whenever the CoPP, in his sole discretion, deems a group has engaged in “reportable election activity,” based on any criteria whatsoever (or no criteria at all).

This is deeply troubling for several obvious reasons. First, the First Amendment of the U.S. Constitution does not permit this. A rule that regulates speech based on no standards at all is unconstitutionally vague and overbroad. As the U.S. Supreme Court has stated, “[W]here a vague statute ‘abut[s] upon sensitive areas of basic First Amendment freedoms,’ it ‘operates to inhibit the exercise of [those] freedoms.’ Uncertain meanings inevitably lead citizens to ‘steer far wider of the unlawful zone . . . than if the boundaries of the forbidden areas were clearly marked.’”[12] Relatedly, a completely standardless speech regulation acts as an unconstitutional prior restraint, by forcing every speaker to ask the CoPP before they speak as to whether their speech will be subject to regulation.[13]

Second, a democratic society must operate under a “government of laws, not of men.”[14] The CoPP does not have the power to single-handedly determine which groups are subject to regulation based on unspecified post hoc standards that he makes up on his own, let alone standards that are not authorized by any statute or promulgated through the proper rulemaking procedures.[15]

Third, and relatedly, the Legislature made it very clear that the only two ways in which a group could become an incidental committee is “by receiving a contribution or making an expenditure.”[16] As noted above, the definitions of “contribution” and “expenditure” are relatively specific, narrow, and exhaustive.[17] The statute does not suggest in any way – as the CoPP’s proposed regulatory language and explanatory text purport – that these concepts are “not limited” to the activities described in the statute, or that they “can consist of activity outside of the listed” activities.[18] In short, the CoPP’s proposed rule is invalid because it is not “within the scope of authority conferred by” the statute and “conflict[s] with the statute.”[19]

B) The Proposed Rules Give the CoPP Sole and Unlimited Discretion to Determine a Group’s “Primary Purpose” and When to Regulate It as an “Incidental Committee.”

The CoPP’s proposed rules provide that:

Under the CoPP’s proposal, a group may be hoisted on the “primary purpose” petard based on any one of the following criteria (among others):

The numerous problems with the definition of “reportable election activity” have already been discussed at length above. By incorporating this fatally flawed term, the “primary purpose” definition is similarly unconstitutional and invalid. But it gets even worse. The proposal provides no specificity whatsoever as to how any of these criteria will be applied in practice.

What specific “allocation” or “source” of a group’s budget or “staff or members’ activity” will cause the group to have the “major purpose” of an independent committee?

Does spending even one percent of a group’s funds or staff time on “reportable election activity” (whatever that means) trigger the “primary purpose” standard?

Does a group with a 20-year history trigger the “primary purpose” standard by participating in even one election during that lifespan? Does it matter if the participation in the election was during Year 1, Year 10, or Year 20?

Does spending even $251 on one “reportable election expenditure” (whatever that means) trigger the “primary purpose” standard?[23]

The CoPP states that he “rejects [any] percentage determination” or “tipping point at which a group’s primary purpose is determined.”[24] In other words, a group has the primary purpose of an incidental committee whenever the CoPP says so.

For this reason, and for all of the reasons discussed above, the proposed “primary purpose” definition is invalid and unconstitutional.[27]

C) The Proposed “Coordination” Rule Purports to Regulate Activities Not Covered by the Statute.

The CoPP’s proposal goes far beyond the statute, however, and purports to regulate not only coordinated “election communications” and “electioneering communications,” but also any coordinated “reportable election activity” as a “coordinated expenditure” (and therefore as a contribution).[30] As discussed above, a “reportable election activity” may mean practically anything the CoPP, in his sole discretion, wants it to mean, and the inclusion of this fatally vague and overbroad term in the proposed coordination regulation goes far beyond the statute. For this reason, and for all of the reasons discussed above, the proposed “coordination” definition is invalid and unconstitutional.[31]

D) The Proposed Rules Purport to Give the CoPP Infinite Discretion to Regulate Speech as “Electioneering Communications,” In Contravention of the Statute.

The statute defines an “electioneering communication” as follows:

a paid communication that is publicly distributed by radio, television, cable, satellite, internet website, newspaper, periodical, billboard, mail, or any other distribution of printed materials, that is made within 60 days of the initiation of voting in an election, that does not support or oppose a candidate or ballot issue, that can be received by more than 100 recipients in the district voting on the candidate or ballot issue, and that:

CCP recognizes the CoPP’s legitimate interest and role in interpreting, implementing, and enforcing Montana’s campaign finance laws. At the same time, the CoPP may not become the law unto himself. The CoPP’s proposed rules would allow the CoPP to make up the law as he goes along. For this reason, the CoPP’s proposal must be either rejected or amended significantly.

Thank you for your consideration of CCP’s comments. Please do not hesitate to contact me should you have any questions about any of the points raised in this letter.

[8] The CoPP’s responses do not appear to have been posted anywhere on his agency’s website, but are contained in a 38-page document with the filename “COPP Responses to Public Comments.docx” (hereinafter, “CoPP Responses to Public Comments”), which we understand have been forwarded to the Committee as part of the administrative rulemaking record.

[13] See, e.g., Citizens United v. Fed. Election Comm’n, 558 U.S. 310, 335 (2010) (criticizing the Federal Election Commission’s “two-part, 11-factor balancing test” for determining the functional equivalent of express advocacy for creating a situation where “a speaker who wants to avoid threats of criminal liability and the heavy costs of defending against FEC enforcement must ask a governmental agency for prior permission to speak.”). Here, the proposed rules are worse than a multifactor balancing test; the proposal offers no standards whatsoever for determining what is “reportable election activity.”

[36] Eric Wang is also Special Counsel in the Election Law practice group at the Washington, DC law firm of Wiley Rein, LLP. Any opinions expressed herein are those of the Center for Competitive Politics and Mr. Wang, and not necessarily those of his firm or its clients.

[37] The Center for Competitive Politics is a nonpartisan, nonprofit 501(c)(3) organization that promotes and protects the First Amendment political rights of speech, assembly, and petition. It was founded in 2005 by Bradley A. Smith, a former Chairman of the Federal Election Commission. In addition to scholarly and educational work, the Center is actively involved in targeted litigation against unconstitutional laws at both the state and federal levels. For instance, it presently represents nonprofit, incorporated educational associations in challenges to state campaign finance laws in Colorado and Delaware and recently won a case in the Nevada Supreme Court. It is also involved in litigation against the state of California.

Comments on Notice of Proposed Rulemaking on Coordinated Communications

The coordination provisions of the Federal Election Campaign Act are among the least understood and most far reaching of the Act.

Testimony of Bradley A. Smith Before the U.S. Senate Rules and Administration Committee on S. 1

The Institute for Free Speech writes to express serious concerns about the devastating effect H.R. 1 would have on Americans’ freedom of speech and ...