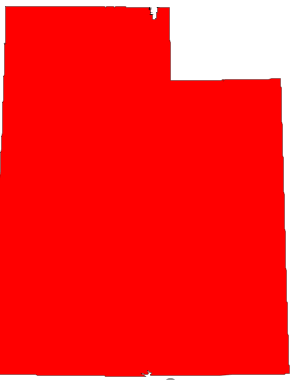 Re:  Constitutional Issues with House Bill 43

Dear Chairman Draxler, Vice-Chair Ivory, and Members of the Committee:

On behalf of the Center for Competitive Politics, I am writing you today to respectfully submit the following comments regarding the legal and practical impact of the provisions contained in House Bill 43, which amends various aspects of Utah’s law regarding campaign finance reporting by corporations.

The Center for Competitive Politics is a nonpartisan, nonprofit 501(c)(3) organization focused on promoting and protecting the First Amendment political rights of speech, assembly, and petition. It was founded in 2005 by Bradley A. Smith, a former member and Chairman of the Federal Election Commission (FEC).

I write to express concern about the proposed version of House Bill 43, scheduled for a hearing before the House Government Operations Committee on February 14, 2013 at 2:00 PM. Our concerns arise out of Supreme Court precedent and the overly broad disclosure required by this bill.

If H.B. 43 is signed into law as written, there is a high likelihood that the law will be successfully challenged. Any potential legal action will cost the state a great deal of money defending the case, and will distract the Attorney General’s office from meritorious legal work. Additionally, it is probable that the state will be forced by the courts to award legal fees to any potential plaintiffs. Legal fee awards are often costly, and can cost governments well over one hundred thousand dollars.

The disclosure provisions proposed in this legislation violate recent Supreme Court jurisprudence, threaten the privacy rights of contributors, subject speakers to potential harassment, and institute a complex and burdensome reporting scheme, which infringes on the associational rights of corporations.

As such, it is in the best interest of the Legislature to reject H.B. 43 entirely in accordance with the constitutional issues set forth below.

I. The scope of regulated speech as proposed by H.B. 43 is unconstitutionally vague.

The bill proposes to regulate “an act done with the intent or in a way to influence or tend to influence, directly or indirectly, any person to refrain from voting or to vote for or against any candidate.” Courts have repeatedly struck down this type of language because it is unconstitutionally vague. Clearly, many forms of speech on legislative or policy issues would influence indirectly how some person might vote on a candidate, but it is far from clear what speech would trigger regulated activity and what would not. Given the breathtaking scope of this provision, it would greatly chill speech about any public policy matter that might be salient with voters in a forthcoming election.

II. Recent Supreme Court jurisprudence likely renders the type of disclosure mandated in H.B. 43 unconstitutional in many of its applications.

In Massachusetts Citizens For Life v. Federal Election Commission (“MCFL”), both the plurality and the concurrence were troubled by the burdens placed upon nonprofit corporations by certain disclosure requirements.[3] The plurality was concerned with the detailed record keeping, reporting schedules, and limitations on solicitation of funds to only “members” rather than the general public.[4] Likewise, Justice O’Connor was concerned with the “organizational restraints” including “a more formalized organizational form” and a significant loss of funding availability.[5]

This bill embodies the very concerns addressed by the Supreme Court in MCFL. H.B. 43 would mandate detailed record keeping. The bill would require information that is commonly collected by political parties and candidates in an election, but not necessarily by nonprofit charities, which might incidentally speak on a topic before the voters. Indeed, charities often receive anonymous donations – a fact that is generally praised. Thus, the bill would likely place a heavy burden of accounting and record keeping on any corporation, including charities. Beyond administration, however, the bill would also affect fundraising, as now every church and charity will have to reject anonymous donations and reassure nonpublic funders.

Essentially, the proposed bill offers corporations, including nonprofit corporations, an option: either form what is functionally a separate PAC, or face disclosure to the government of all donors over $50 for any speech that might be deemed to influence an election, even indirectly. MCFL noted that these sorts of “incentives” serve to “necessarily produce a result which the State [can]…not command directly. It only result[s] in a deterrence of speech which the Constitution ma[de] free.”[6]

Additionally, in Sampson v. Buescher, the Tenth Circuit examined burdensome disclosure requirements for small ballot issue organizations under Colorado’s campaign finance disclosure scheme.[7] In holding that Colorado’s requirements “substantial[ly]” burdened the First Amendment rights, the court balanced the “substantial” burden of reporting and disclosure against the informational interest at stake, which it considered “minimal.”[8] If H.B. 43 is signed into law and challenged, it is likely that the Tenth Circuit will view the burdens imposed on small ballot issue organizations by this bill with the same skepticism.

III. In another rejection of Supreme Court jurisprudence, the provisions set forth in this bill severely violate the privacy rights of contributors to corporations.

In addition to the constitutional issues described, above, another significant concern surrounding H.B. 43 relates to how contributors are disclosed. In the bill’s current form, a corporation must disclose “the money received from a donor who…knows that the corporation may use the money to make an expenditure.”[9]This provision is unconstitutionally overbroad and threatens issue speech – speech that lies at the heart of the First Amendment.

Additionally, the bill proposes a circular requirement that would force disclosure of all donors.  If an organization might speak out in a way that might influence an election, then it must warn prospective donors that their funds may be used for such speech.  The act of printing a disclaimer would then appear to force disclosure of all such contributions.

Nonprofit corporations wishing to protect the anonymity of their membership lists would also be forced to silence themselves from ever making any public comment that might be perceived as political – or else every contributor would be on notice that the corporation may make expenditures. This has severe civil rights implications.[10] This is why even anonymous political activity has been protected in certain contexts.[11]

The Buckley Court put this danger into perspective:

“No speaker, in such circumstances, safely could assume that anything he might say upon the general subject would not be understood by some as an invitation. In short, the supposedly clear-cut distinction between discussion, laudation, general advocacy, and solicitation puts the speaker in these circumstances wholly at the mercy of the varied understanding of his hearers and consequently of whatever inference may be drawn as to his intent and meaning. … Such a distinction offers no security for free discussion. In these conditions it blankets with uncertainty whatever may be said. It compels the speaker to hedge and trim.”[12]

Those who will be hurt the most by the chilling effects of this provision will be those who advocate for unpopular causes. Indeed, there would be no reason to have a constitutional protection for freedom of speech if the Founders were not acutely aware that majorities seek to suppress those who speak against the crowd.

IV. Disclosure information can result in the harassment of individuals by their political opponents and should be carefully balanced with the public’s “right to know.”

More specifically, this desire to preserve privacy stems from a growing awareness by individuals and the Supreme Court that threats and intimidation of individuals because of their political views is a very serious issue. Much of the Supreme Court’s concern over compulsory disclosure lies in its consideration of the potential for harassment. This is seen particularly in the Court’s decision in NAACP v. Alabama, in which the Court recognized that the government may not compel disclosure of a private organization’s general membership or donor list.[13] In recognizing the sanctity of anonymous free speech and association, the Court asserted that “it is hardly a novel perception that compelled disclosure of affiliation with groups engaged in advocacy may constitute as effective a restraint on freedom of association as [other] forms of governmental action.”[14]

Much as the Supreme Court sought to protect African Americans in the Jim Crow South and those citizens who financially supported the cause of civil rights from retribution, donors and members of groups supporting unpopular candidates and causes still need protection today. It is hardly impossible to imagine a scenario in 2014 in which donors to controversial candidates and causes that make political expenditures – for or against same-sex marriage; for or against abortion rights; or even persons associated with others who have been publicly vilified, such as the Koch family or George Soros, might be subjected to similar threats.

This may seem unrealistic, but it illustrates the fundamental problem with the approach taken. The assumption seems to be that citizens are dangerous to government, and the government must be protected from them. Little thought is given to protecting the citizens from government. Worse still is that little can be done once individual contributor information – their full names and street addresses – is made public under government compulsion, it can then immediately be used by non-governmental entities and individuals to harass, threaten, or financially harm a speaker or contributor to an unpopular candidate or cause. We believe, therefore, that the problem of harassment is best addressed by limiting the opportunities for harassment, and that this is best done by crafting reporting thresholds that capture just those donors who are truly contributing large sums to political candidates and causes.

Ultimately, the Court has made clear that this concern over harassment exists, whether the threats or intimidation come from the government or from private citizens, who receive their information because of the forced disclosure. In short, mandatory disclosure of political activity should require a strong justification and must be carefully tailored to address issues of public corruption and provide information of particular importance to voters. It is questionable that mandatory disclosure of information about any donor to any corporation – whether for-profit or nonprofit in form – is sufficient to meet this justification.

V. In its current form, H.B. 43 also creates an onerous reporting scheme that infringes upon the political speech and association rights of corporations.

Furthermore, H.B. 43 would also create a highly complex reporting scheme that would burden the First Amendment speech and association freedoms of corporations. Proposed Section 20A-11-701(3)(b) contains a confusing set of reporting requirements and definitions. This is a significant weakness because the Supreme Court has made clear that such confusing requirements chill speech. “Prolix laws chill speech for the same reason that vague laws chill speech: People of common intelligence must necessarily guess at the law’s meaning and differ as to its application.”[15] Again, as currently written, the provisions in H.B. 43 are unlikely to survive a legal challenge in many of its applications.

As written, H.B. 43 is vague, unworkable, and impractical, and runs counter to existing Supreme Court precedent in several cases. Furthermore, H.B. 43 violates associational rights requiring the disclosure of donors to every corporation, whether for-profit or nonprofit in their form, while also sacrificing donor privacy and subjecting many donors to potential harassment or financial harm for political communications they may not support.

Thank you for allowing me to submit comments on House Bill 43. I hope you will find this information helpful. Should you have any further questions regarding these issues or any other campaign finance proposals, please do not hesitate to contact me at (703) 894-6835 or by e-mail at mnese@campaignfreedom.org.
Respectfully yours,

A PDF version is available at this link.

I write on behalf of the Center for Competitive Politics (“CCP”), a nonpartisan § 501(c)(3) organization dedicated to promoting and protecting First Amendment political ...

Various sections of this measure are unconstitutionally vague. Senate File 214 regulates an expansive amount of speech, including books, websites, text messages, and emails. ...