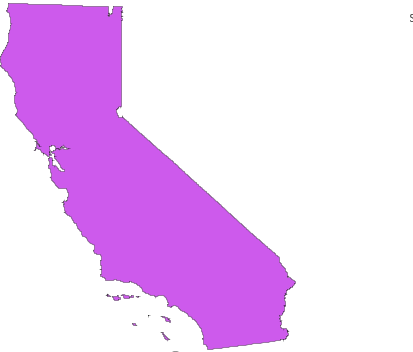 Re:  Significant Constitutional and Practical Issues with Assembly Bill 1494

On behalf of the Center for Competitive Politics, I respectfully submit the following comments to highlight serious constitutional and practical problems presented by Assembly Bill 1494. This legislation would impose a 10% tax on all independent expenditures, within 5 days of such expenditures being reported to the Secretary of State. The funds would be used for the strikingly vague “purpose of increasing transparency in political campaigns, civic engagement, and voter registration and turnout.” This tax would violate the First and Fourteenth Amendments to the United States Constitution, as interpreted by the United States Supreme Court.

The Center for Competitive Politics is a nonpartisan, nonprofit 501(c)(3) organization that promotes and protects the First Amendment political rights of speech, assembly, and petition. It was founded in 2005 by Bradley A. Smith, a former Chairman of the Federal Election Commission (FEC). In addition to scholarly and educational work, the Center is actively involved in targeted litigation against unconstitutional laws at both the state and federal levels. For instance, we presently represent nonprofit, incorporated educational associations in challenges to state campaign finance laws in Colorado and Delaware, and are involved in pending litigation against the state of California.

If enacted, there is a high likelihood that A.B. 1494 would be found unconstitutional if challenged in court. A defense of the statute would cost the state a great deal of money, and would distract the Attorney General’s office from meritorious legal work. Additionally, courts often award successful plaintiffs legal fees when they must sue state governments to vindicate their constitutional rights. Such awards often amount to several hundred thousand dollars.

A.B. 1494 poses grave constitutional problems because it burdens a particular type of speech – independent expenditures – based solely upon their political content. For decades, the Supreme Court has explicitly forbidden government burdens upon First Amendment activity that are based upon a speaker’s identity or message. A.B. 1494 is a particularly egregious example in that it regulates speech based upon both its content and the type of speaker. Moreover, because it only targets some speakers, A.B. 1494 violates not only the First Amendment, but also the Equal Protection Clause of the Fourteenth Amendment.

“Above all else, the First Amendment means that government has no power to restrict expression because of its message, its ideas, its subject matter, or its content. To permit the continued building of our politics and culture, and to assure self-fulfillment for each individual, our people are guaranteed the right to express any thought, free from government censorship… Any restriction on expressive activity because of its content would completely undercut the ‘profound national commitment to the principle that debate on public issues should be uninhibited, robust, and wide-open.’”[1]

The preceding language from the United States Supreme Court is sufficient to demonstrate A.B. 1494’s unconstitutionality. Nevertheless, against this backdrop, we provide a more detailed analysis of why content-based speech restrictions are unconstitutional.[2] In the words of the Supreme Court, “[i]n order to justify such differential taxation, the state must show that its regulation is necessary to serve a compelling state interest, and is narrowly drawn to achieve that end.”[3] A.B. 1494 imposes differential taxation, yet the state can provide no such justification.

As a general principle, “[r]egulations which permit the Government to discriminate on the basis of the content of the message cannot be tolerated under the First Amendment.”[4] In particular, “content-based restrictions must satisfy strict scrutiny, i.e., they must be narrowly tailored to serve a compelling government interest.”[5] This is particularly resonant in the political speech context because, as the Supreme Court recognized in Buckley v. Valeo, “[d]ebate on the qualifications of candidates [is] integral to the operation of the system of government established by our Constitution.”[6]

Taxes, like A.B. 1494’s 10% provision, operate to burden speech. The Supreme Court has repeatedly recognized that “[s]peech cannot be financially burdened, any more than it can be punished or banned.”[7] “Plainly a community may not suppress, or the state tax, the dissemination of views because they are unpopular, annoying or distasteful.”[8] “A statute is presumptively inconsistent with the First Amendment if it imposes a financial burden on speakers because of the content of their speech.”[9] A.B. 1494 does just that – it burdens independent expenditures, as such.

Consequently, to successfully defend A.B. 1494 against a First Amendment challenge, California would have to overcome the presumption that it is unconstitutional. This would require a showing that:  (1) the law furthers a compelling government interest, and (2) it is narrowly tailored to that interest. In the context of First Amendment activity, the Supreme Court only recognizes one such interest:  prevention of actual or apparent quid pro quo corruption. Indeed, just last term, the Court reiterated the contours of this standard in McCutcheon v. FEC.[10] The Chief Justice’s analysis bears repeating in its entirety:

In a series of cases over the past 40 years, we have spelled out how to draw the constitutional line between the permissible goal of avoiding corruption in the political process and the impermissible desire simply to limit political speech. We have said that government regulation may not target the general gratitude a candidate may feel toward those who support him or his allies, or the political access such support may afford. “Ingratiation and access . . . are not corruption.”[11] They embody a central feature of democracy—that constituents support candidates who share their beliefs and interests, and candidates who are elected can be expected to be responsive to those concerns.

Any regulation must instead target what we have called “quid pro quo” corruption or its appearance.[12] That Latin phrase captures the notion of a direct exchange of an official act for money.[13] “The hallmark of corruption is the financial quid pro quo:  dollars for political favors.”[14] Campaign finance restrictions that pursue other objectives, we have explained, impermissibly inject the Government “into the debate over who should govern.”[15] And those who govern should be the last people to help decide who should govern.

From a purely logical standpoint, it is difficult to see how a tax on independent speech – as opposed to speech coordinated with candidates – would target this understanding of corruption. Thus, even if A.B. 1494 did further some anticorruption interest, it certainly is not narrowly tailored. It taxes just one form of expressive activity (indeed, a very important kind), which poses no greater threat of actual or apparent corruption than any other, non-taxed, activity the First Amendment protects.

More to the point, A.B. 1494 plainly does not target quid pro quo corruption. This is perhaps because it was never intended to. It merely suppresses First Amendment activity that some members of the Assembly do not like. In the words of Assemblyman Marc Levine, who introduced this bill, “[b]y taxing this behavior that has not been good for the democratic process, we can begin investing again in bringing Californians into the electoral process.”[16] But under the United States Constitution, the government “may not regulate the secondary affects of speech by ‘suppressing’ the speech itself. A city may not, for example, impose a content based fee or tax.”[17]

A.B. 1494 violates the First Amendment by imposing a content-based burden upon “a venerable means of communication that is both unique and important.”[18] Thus, it is unconstitutional as written.

II. A.B. 1494 discriminates against a class of speaker – those who wish to speak about politics independent of any campaign – despite various Supreme Court pronouncements that such expenditures are fundamental First Amendment rights. Thus, it flouts binding precedent and raises equal protection concerns.

A.B. 1494 might be read as a legislative backlash against the United States Supreme Court’s 2010 decision in Citizens United v. FEC.[19] In Citizens United, the Court held that, because independent expenditures are made independent of any candidate, they pose no danger of actual or apparent quid pro quo corruption. Thus, there is no constitutionally sufficient governmental interest in banning entities like corporations and labor unions from making them.[20] Logically, there is also no governmental interest in burdening that right. After all, as has been recognized for most of the Republic’s history, “the power to tax involves the power to destroy,”[21] and citizens need not trust their fundamental liberties to the restraint or prudence of the California Legislature.

Some may regard Citizens United as an unpopular ruling. Assemblyman Levine has also publicly stated that “[i]t is easy to make the case that independent spending is having negative impacts on the political process.”[22] Indeed, a typical intent of a tax is to discourage the regulated activity. Nevertheless, a state legislature cannot burden the exercise of a foundational First Amendment right, particularly one that the Supreme Court has explicitly, unequivocally, and recently recognized. More specifically, “the Government may not impose a tax upon the expression of ideas in order to discourage them.”[23]

Of course, A.B. 1494 also violates the guarantee of equal protection of the laws, because it does not tax expenditures by candidate committees themselves. While valid, that objection puts the cart before the horse – just as independent expenditures cannot be taxed, neither can expenditures by candidate committees. All who wish to participate in the political process may do so, unencumbered by any regulation that is not narrowly tailored to preventing quid pro quo corruption.

Circling back to Citizens United will underscore this conclusion. In addition to its pronouncement regarding independent expenditures, that decision prohibited states from forcing corporations to speak through other entities, such as corporate PACs.[24] The Court explicitly held that the federal ban on corporate speech remained “a ban on corporate speech, notwithstanding the fact that a PAC created by a corporation can still speak.”[25] Central to this reasoning was the cost of operating a PAC:  Because PACs are “burdensome alternatives” that are “expensive to administer,”[26] requiring corporate speakers to engage in political communications through these entities is unconstitutional (just as imposing an outright tax is).

Although A.B. 1494 would almost certainly be invalidated if it were enacted as written, it would do irreparable harm during whatever brief window it remains in force. This legislation would chill the speech of those who wish to make independent expenditures, reduce the quantity of speech for those who do speak (by 10%, at a minimum), and even prevent some speakers from engaging in expressive activity at all. This is a result that the Constitution simply would not bear. As the Supreme Court has repeatedly recognized, “loss of First Amendment freedoms, for even minimal periods of time, unquestionably constitutes irreparable injury.”[27]

Thank you for considering this analysis of Assembly Bill 1494. Should you have any further questions regarding these issues or any other campaign finance proposals, please do not hesitate to contact the Center at (703) 894-6800 or by e-mail at either adickerson@campaignfreedom.org or mnese@campaignfreedom.org.

Although the Commission’s proposal has many pitfalls and paradoxes, CCP notes some of the ones that stand out the most: The proposed changes would make ...

As amended by the sponsor on March 14, 2017, House Bill 1005 now contains only two major provisions. The first regulates “coordinated communications,” and ...