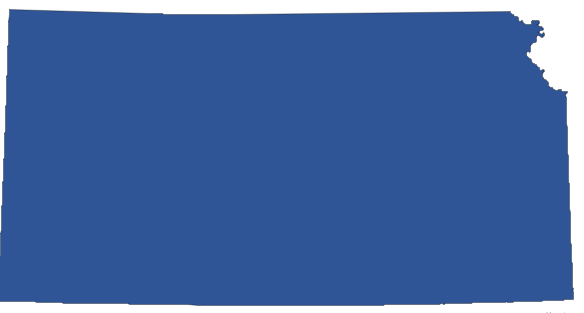 Re:  Suggested Improvements to House Bill 2213

On behalf of the Center for Competitive Politics, I am writing you today to respectfully submit the following comments commending the Legislature for its consideration of House Bill 2213, which raises the state’s severely outdated campaign contribution limits, and to suggest several ways the proposed legislation could be improved. As the Topeka Capitol-Journal wisely editorialized, “the logical conclusion is that individual campaign contribution limits should be increased.”[1]

The Center for Competitive Politics is a nonpartisan, nonprofit 501(c)(3) organization that promotes and protects the First Amendment political rights of speech, assembly, and petition. It was founded in 2005 by Bradley A. Smith, a former Chairman of the Federal Election Commission. In addition to scholarly and educational work, the Center is actively involved in targeted litigation against unconstitutional laws at both the state and federal levels. For instance, we presently represent nonprofit, incorporated educational associations in challenges to state campaign finance laws in Colorado, Delaware, and Nevada. We are also involved in litigation against the state of California.

The practical effects of this legislation, if passed, are strongly supported by prevailing academic research, which demonstrates that contribution limits neither decrease corruption, nor produce “good” government, nor improve public confidence in government. Low contribution limits, furthermore, have had the effect of increasing the speech of independent groups relative to candidates and political parties. Unfortunately, even if H.B. 2213 becomes law, Kansas will still rank between 22nd and 29th in contributions allowed to candidates. Such a record suggests that Kansas should go even further in raising contribution limits, and should strongly consider indexing those limits to inflation in order to prevent the diminishing value of political contributions over time.

I. Raising contribution limits will bolster the speech of candidates and parties, allowing them to better compete with independent groups that have unlimited speech rights.

Contribution limits on giving to candidates and parties do nothing to deter individuals from wanting to express support for a particular cause; they merely shift these donations to independent expenditure groups. The Supreme Court and federal courts have properly ruled that independent speech by labor unions and corporations about candidates[2] and donations to independent groups[3] cannot be limited under the First Amendment.

While raising contribution limits is a positive development, the new limits on giving to candidates and political parties proposed in this bill will likely have minimal effect on the overall level of funding for political speech. Like pressing down on one side of a water-filled balloon, contributions will inevitably flow to a different legal source. The net effect is the diminished influence of candidates and political parties to control their message – and be accountable for it – during campaigns. To counteract this, legislators should consider raising existing limits even further, or eliminating them altogether.

II. Fifteen states and Congress have already increased or eliminated portions of their contribution limits since 2010’s Citizens United decision, in accordance with academic research, which demonstrates that contribution limits neither reduce corruption, nor produce “good” government, nor improve public confidence in government.

Since 2010, the year of the Citizens United decision, Congress and fifteen states – Alabama, Arizona, Connecticut, Florida, Illinois, Maryland, Massachusetts, Michigan, Minnesota, Nebraska, North Carolina, Oklahoma, Tennessee, Vermont, and Wyoming – have increased or repealed portions of their contribution limits in some manner. Alabama is notable for becoming the sixth state with no limits on the size or source of campaign contributions, joining Missouri, Nebraska, Oregon, Utah, and Virginia.[4] Thus, the trend around the country is one of state legislators liberalizing existing limits and enhancing the First Amendment freedoms of their constituents.

These efforts, generally, have been bipartisan, as both Republicans and Democrats across the country see the folly of strict contribution limits. H.B. 2213 wisely follows in the footsteps of these other states in an effort to protect and enhance the First Amendment rights of all Kansans.

The reason for this trend is clear. As academic research and studies by the Center for Competitive Politics have shown, contribution limits have no impact on reducing corruption,[5] promoting “good” government,[6] or improving trust in government,[7] but do have an impact in terms of reducing the amount of political speech by candidates and parties. Academic research also demonstrates that campaign cash and legislative votes are not linked.[8]

As the table demonstrates, if H.B. 2213 becomes law, Kansas will still have contribution limits around or below the national average. Kansas would rank 23rd for giving to gubernatorial candidates. For State Senate, 21 states would have higher limits, and 27 would have lower limits. For State House races, 28 states would have higher limits and just 15 would have lower limits. Our comparisons are based on the amount that can be given per election cycle in an election year, to make state-by-state figures comparable.

Accordingly, we urge the Legislature to consider raising existing limits even further, or eliminating both individual and party contribution limits altogether as 12 states have done.[9] Already, 29 states have no limit on the amount an individual may donate to a political party.[10] States without limits have fared as well or better than states with low limits in state rankings on corruption and good governance measurements. Many people wrongly assume that strict contribution limits provide all citizens equal access to candidates. In reality, established interests (including trade associations, labor unions, the media, well-organized public interest groups, celebrities, and established political players) already have an overwhelming advantage in regards to their influence. Thus, contribution limits serve to stifle the voice of the average citizen while doing little to hinder the influence of those who already hold political sway.

Limiting free speech rights should not be undertaken lightly, even when it is constitutionally permissible to do so. Many state legislators now realize that raising or eliminating limits entirely better conforms to the First Amendment, and therefore better fulfills every lawmaker’s commitment to upholding the Constitution. This bill is a praiseworthy first step toward protecting these vital First Amendment rights, but Kansas legislators could go even further.

III. The bill’s proposed contribution limits should be indexed to inflation.

While a comprehensive increase in contribution limits as undertaken in H.B. 2213 is desirable, this one-time increase fails to ensure that the limits in Kansas stay both competitive and constitutional. Inflation adjusting is a standard, noncontroversial practice that prevents inflation from eroding the value of the contribution limit. The federal government regularly adjusts its candidate and party contribution limits to inflation, and 19 of the 38 states that have contribution limits on individual giving to candidates index those limits to inflation, according to the National Conference of State Legislatures.[11] This is a bipartisan idea that acknowledges that an individual’s ability to voice her support for her preferred candidate should not be diminished merely by the passage of time.

The lack of an inflation adjustment mechanism in this legislation will have a very real negative effect on an individual’s ability to voice their political preferences. In 1990, the year of the enactment of the majority of the state’s current contribution limits,  the $2,000 per election limit on individual giving to gubernatorial candidates, for example, was a far more significant amount than it is today; with inflation adjustment, it is the equivalent of $3,622 today. From this perspective, the new limit of $4,000 is hardly an increase at all – it merely maintains the level of political expression Kansans were given in the early 1990s.

Kansas lawmakers should amend H.B. 2213 to index the revised limits to inflation so that the diminishing value of contributions to candidates and parties in the Sunflower State does not continue into the future. The amended bill could delegate this authority to an agency of the executive branch, much in the way that federal contribution limits are indexed to inflation and amended by the Federal Election Commission each election cycle.[12] Adding language that regularly adjusts Kansas’s limits for inflation would save the Legislature from re-legislating this issue in future sessions, and would allow individuals to express their support for candidates and parties at the same real level each election.

It should also be noted that the Supreme Court has previously found that contribution limits could be unconstitutionally low.[13] While Kansas’s current limits are unlikely to fit this category, inflation indexing is a non-controversial way for the state to mitigate the risk of constitutional litigation on this matter in the future.

Ultimately, House Bill 2213 wisely raises Kansas’s outdated campaign contribution limits, in the spirit of current legislative trends and prevailing academic research. Contribution limits have failed to address any corruption issues or improve confidence in government, and they have increased the influence of independent groups, at the expense of candidates and political parties. By raising limits even further and indexing those limits to inflation, Kansas policymakers could do more to protect the First Amendment rights of Kansans. For a detailed analysis of the many failures of contribution limits as a policy, I strongly encourage you to consult the Center for Competitive Politics’ Policy Primer, “Campaign Contribution Limits: A Cap on Free Speech.”[14]

Thank you for allowing me to submit comments on House Bill 2213. Should you have any further questions regarding this legislation or any other campaign finance proposals, please do not hesitate to contact me at (703) 894-6835 or by e-mail at mnese@campaignfreedom.org.

[11] “State Limits on Contributions to Candidates,” National Conference of State Legislatures. Retrieved on March 5, 2015. Available at:  http://www.ncsl.org/Portals/1/documents/legismgt/Limits_to_Candidates_2012-2014.pdf (October 2013). This figure accounts for legislation signed into law in 2014 in Oklahoma and Vermont, not reflected in the NCSL data, which raised contribution limits and indexed them to inflation.

Coalition Letter in Support of “Fair Treatment for All Gifts Act” (H.R. 1104) in Tax Extenders Legislation

The undersigned civil liberties, free expression, and nonprofit advocacy groups and attorneys who represent advocacy organizations have a wide variety of views on the ...

With the 2014 elections rapidly approaching, we urge you to take quick action to respond to the U.S. Supreme Court’s decision in McCutcheon v. ...