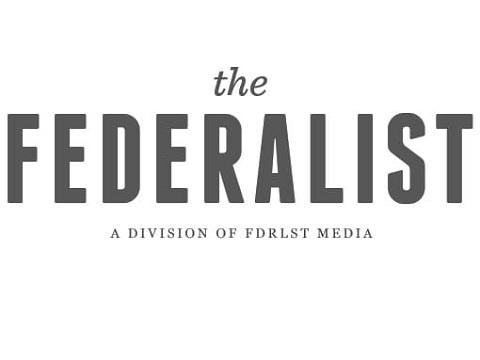 This piece originally appeared in The Federalist on May 4, 2021.

Democrats often rail against the dangers of “hate speech” and “extremist content,” yet their radical election overhaul bill, H.R. 1, would use taxpayer funds to subsidize the very speech they claim is bigoted.

At a recent House Energy and Commerce Committee hearing, Rep. Mike Doyle lambasted tech CEOs for not being paternalistic enough. “The power of this technology is awesome and terrifying, and each of you has failed to protect your users and the world from the worst consequences of your creations,” he scolded.

Congressional Democrats think Americans need the government to protect them from offensive speech but are pushing a bill that would be a disaster for free speech.

Much of the colossal bill is an assault on the First Amendment, with about 300 pages devoted to suppressing citizens’ ability to criticize the government. It would also require politically active organizations, including nonprofits, to disclose donors who give $10,000 or more. Even the American Civil Liberties Union opposes the free speech crackdown, warning the bill “could directly interfere with the ability of many to engage in political speech about causes they care about and that impact their lives.”

Sound fair to you? No wonder Democrats desperately frame the narrative around the bill’s voting provisions. Pay no attention to powerful members of Congress silencing the voices of ordinary Americans. While several provisions squelch dissent, another pours taxpayer money into the coffers of politicians.

Under their radical plan, participating congressional candidates would receive a 600 percent match from the government for donations up to $200, with additional funding in the weeks leading up to a general election. Thus, a $200 donation would ultimately be worth $1,400 to the candidate.

As Rep. Michelle Waltz (R-FL) recently pointed out, “So for every progressive that gives AOC $100, your tax dollars will then give her $600.” Each candidate could receive several million dollars, putting the total cost of the subsidies in the billions each election cycle.

If offensive speech is such a danger to democracy, it’s perplexing that Democrats want taxpayers to fund it. The First Amendment prohibits discrimination against individuals based on the content of their message. It’s an important and necessary feature of our government, ensuring people in power can’t punish citizens because they have different or unpopular views. As a result, however, the government can’t be as discerning as its citizens when it decides to fund political candidates.

If H.R. 1 is enacted, taxpayers would be constitutionally required to fund the speech of all candidates that meet the bill’s qualifications. This includes any speech labeled by Democrats as racist, antisemitic, sexist, homophobic, or otherwise hateful. Voters across the political spectrum would be appalled by the offensive messages H.R. 1 would subsidize.

This is not conjecture. In New York City’s similar taxpayer-financed scheme, a 2017 City Council candidate received nearly $100,000 in public money for his campaign against “greedy Jewish landlords.” Then-New York City Council Speaker Melissa Mark-Viverito said, “to have someone be able to spend [taxpayer dollars] to put forth that kind of a message is despicable.” Now Congress is rushing to repeat New York City’s mistake.

Many on the right reject “hate speech” labels as a way to unfairly tar and feather the speaker and squash debate. But Democrats’ bill would use taxpayer money to amplify the messages of actual bigots, like racial supremacists and eugenicists.

If participating candidates spewing such hateful messages receive qualifying donations, no one can stop the campaigns from getting government money. Supporting this provision while begging corporate CEOs to “protect” people from unpopular or offensive ideas is a stunning example of hypocrisy.

And if Democratic leaders are willing to accept these outcomes because they think the subsidies will benefit them, they might be surprised. Remember that Donald Trump’s 2016 campaign raised more money from small donors, in both raw dollars and percentage terms, than both Obama campaigns. Be careful what you wish for.

Defenders of H.R. 1 cynically claim the program is not at taxpayers’ expense because the money would come from new corporate financial penalties. But wherever the government gets its money from, it belongs to the public. Especially during a global pandemic, there are a million other projects we could fund that don’t involve paying for political ads, consultants, and divisive messaging.

Notably, Rep. Bennie Thompson, D-Mississippi, the only Democrat to vote against H.R. 1, highlighted the subsidies as one of the main reasons for his decision. One hopes more will follow his lead and squash this wasteful legislation before we pour billions of dollars of taxpayer money down the drain.

How do you defend a bill that would subsidize politicians' campaigns, expose people to harassment for their beliefs, and impose a partisan takeover of ...

Baltimore has bigger needs than taxpayer money for political campaigns