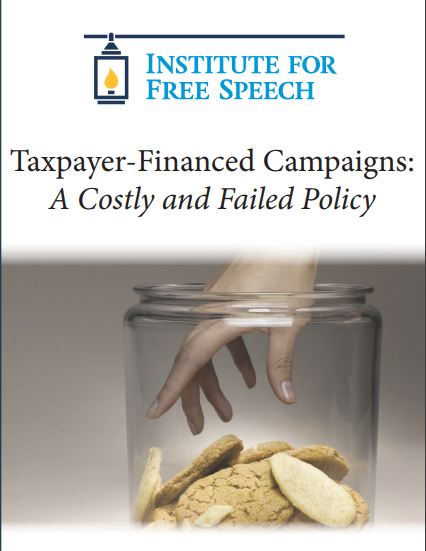 As this Policy Primer on taxpayer-funded campaigns explains, Contrary to advocates’ claims, in practice, these programs: (1) contain alarming amounts of corruption; (2) relatedly, fail to decrease the incidence of public corruption; (3) fail to change legislative voting patterns or reduce lobbyist influence; (4) fail to promote electoral competitiveness; (5) fail to increase either occupational diversity or female representation in legislatures; (6) fail to result in financial savings to taxpayers; and (7) fail to improve voter turnout or trust in government.

Additionally, taxpayer-financed campaign programs are costly and have been shown to carry a continually increasing price tag over time. When the costs and the nature of these programs are explained, the public generally does not support the government giving tax dollars to politicians to pay for their campaigns. In Arizona’s case, many observers have noted that the state’s tax-financed campaign program has produced one of the most polarized state legislatures in the country, despite claims by advocates that replacing private contributions with taxpayer funds would reduce extremism.

From inherent constitutional concerns to the potential to exacerbate existing corruption issues, state policymakers should not view tax-financed campaign proposals as a solution to perceived problems in government.

For an in-depth explanation of this oft-touted, but severely flawed issue, please read the Institute for Free Speech’s Policy Primer on taxpayer-financed campaigns here.

Meet the New Legislature, Same as the Old Legislature: A quantitative analysis of the Connecticut Citizens’ Election Program

The 2008 election cycle was the first in Connecticut in which candidates for state legislature could choose to accept taxpayer dollars to fund their campaigns, ...