Move to Defend: The Case against the Constitutional Amendments Seeking to Overturn Citizens United 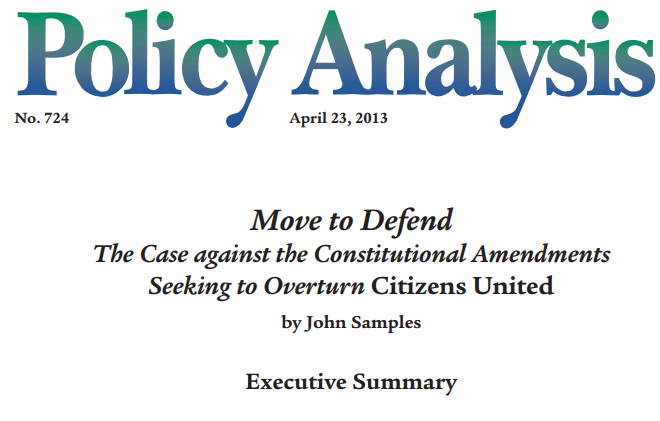 In this essay, CCP Academic Advisor John Samples looks at the Citizens United v. Federal Election Commission decision. It found that Congress lacked the power to prohibit independent spending on electoral speech by corporations. A later lower-court decision, SpeechNow v. Federal Election Commission, applied Citizens United to such spending and related fundraising by individuals. Concerns about the putative political and electoral consequences of the Citizens United decision have fostered several proposals to amend the Constitution. Most simply propose giving Congress unchecked new power over spending on political speech, power that will be certainly abused. The old and new public purposes cited for restricting political spending and speech (preventing corruption, restoring equality, and others) are not persuasive in general and do not justify the breadth of power granted under these amendments.

In the wake of last year’s U.S. Supreme Court decision in Citizens United v. FEC, the scope of political speech protected under the First Amendment ...