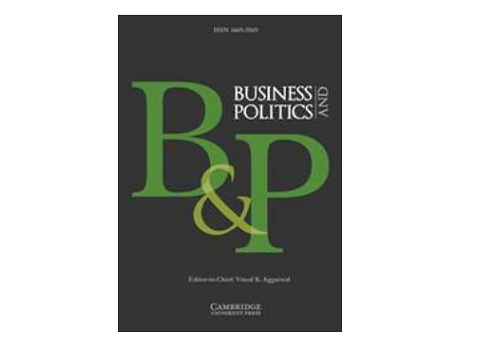 Abstract: The role of corporations in the U.S. political process has received increased scrutiny in the wake of the U.S. Supreme Court’s Citizens United decision, leading to calls for greater regulation. In this paper, we analyze whether policies mandating greater disclosure and shareholder approval of political contributions reduce risk and increase firm value, as proponents of such rules claim. Specifically, we examine the Neill Committee Report (NCR), which led to the passage of the United Kingdom’s Political Parties, Elections, and Referendums Act 2000 mandating new disclosure and shareholder approval rules. We find that politically active firms did not benefit from the NCR in the days after its release and suffered a decline in value in the months and years that followed. Politically active firms also suffered an increase in risk, as proxied by stock return volatility, following the release of the NCR. We theorize that these findings are due to the reduced flexibility these rules impose on corporate strategy as well as the potential for these rules to facilitate political activism against corporations.

Grassroots lobbying is any effort to organize, coordinate or implore others to contact public officials in order to affect public policy. Through grassroots ...

Disclosure, proponents claim, produces a better functioning democracy: By requiring groups that advocate for or against issues on the ballot to reveal their funding sources and ...