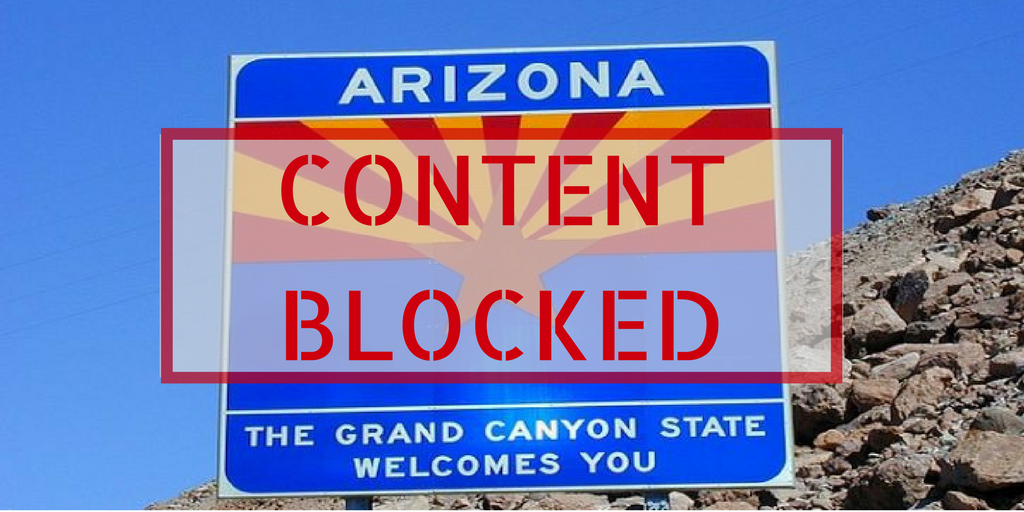 Over 20 years ago, Arizona residents legalized the sale of marijuana for medical uses, but just last year, they narrowly vetoed a proposition that would have legalized the substance for recreational use as well. As in many other states around the country, this has been, and remains, a very contentious topic. Understandably, people on both sides of the debate have strong feelings; however, one Arizonan, because of his position of power in the State Legislature, is attempting to close off an avenue for conversation on the topic.

Because it makes him uncomfortable.

State Senator David Farnsworth recently introduced legislation (S.B. 1032) that would ban advertisements on billboards along state roads for any drug that is illegal under federal law, including marijuana. When asked about his rationale for introducing the bill, Farnsworth candidly responded that, “I personally have been offended in my own neighborhood when I see a billboard that’s promoting marijuana usage.”

Unfortunately, this is another case of a legislator – or any government official for that matter – using their position of authority to nudge society in the direction they deem to be appropriate by limiting the ability of those with whom they disagree to speak and associate freely. Farnsworth conceded his legislation could not ban billboards specifically urging people to vote for or against a ballot proposition that would fully legalize marijuana. That is protected speech under the First Amendment. So, Arizona residents can supposedly rest easy knowing that the final version of his bill will be worded so that it won’t “stifle legitimate political speech.”

Senator Farnsworth is likely not alone in feeling uncomfortable seeing a poster advertising a dispensary opening in his neighborhood, a sign making claims about the success of legalization in other states, or a billboard touting the medical benefits of the substance along the highway. But his feelings of unease do not justify using his position in state government to silence the ability of others to speak about the issue.

Moreover, while the Senator appears to recognize the dangers of stifling “legitimate political speech,” his proposal threatens to do so anyway. Valuable speech about issues comes in more forms than just explicit calls to vote for or against ballot measures or candidates.

For instance, a sign placed by an advocacy group presenting statistics on the decreased number of incarcerated people or the increased revenue to use for public works projects from states that have legalized the substance could encourage someone who was previously apathetic on the subject to do their own research. After seeking more information, that individual can come to their own conclusion about whether they agree with the message in the original ad. On the other hand, if someone sees the ad and is upset by its content, they have the ability to speak out on their own or join with others who harbor similar feelings to dispute the claims being made and put forth their own ideas.

Everyone should have the right to voice their opinion. If policymakers start discriminating against certain ideas, they will head down a path they are likely to regret. At the moment, both chambers of Arizona’s Legislature are controlled by Republicans. But, that doesn’t mean things can’t change quickly. Look at what just happened in Alabama; three months ago, no one thought a Doug Jones victory was possible. While the current majority of legislators – and likely their constituents, based on the outcome of the 2016 ballot proposal – may disagree with the legalization of marijuana for recreational use, silencing others’ ability to speak about it is wrong and sets a dangerous precedent.

What if the results of the 2018 election shift the balance of power in the Legislature? With the precedent set that it was acceptable to limit billboards on content one disagrees with, there are a lot of issues many legislators in the current majority agree with that could easily be given the same treatment. What if a colleague of Senator Farnsworth introduced an amendment to his bill prohibiting proponents of school choice from buying a billboard that promoted success stories of programs around the country that weren’t exactly in line with federal Common Core standards? It likely wouldn’t be too popular.

Sadly, legislators have a wide range of tools for limiting discussion on ideas they disagree with or that make them uncomfortable. Overly-broad disclosure requirements that make it more difficult for nonprofit groups to spread their message and prohibitively low limits on campaign contributions also have the de facto effect of limiting the ability of individuals and groups to associate and speak freely.

Farnsworth is probably acting in accord with what he deems to be the best interests of his constituents and Arizona residents in general. But it is not up to him to make a value judgement on what speech is acceptable and what is not. Closing ourselves off to issues that make us uncomfortable, or ideas that we disagree with, does ourselves and the broader state of civil discourse a disservice. A better option is one that facilitates the free flow of ideas, giving all voices an opportunity to be heard and letting voters decide at the end of the day which arguments they find to be most convincing.

“This is like the Death Star. In Star Wars, they didn’t go fight the evil empire on every single planet. They went after the ...

In the Dark about “Dark Money”