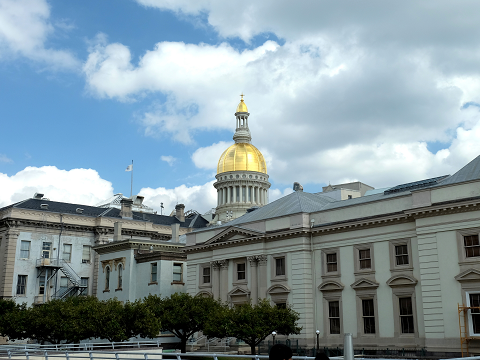 It was a good day for the First Amendment in New Jersey last week, as a federal district court issued a preliminary injunction to stop enforcement of a new state law that targets donors to civil society groups.

In Americans for Prosperity v. Grewal, Americans for Prosperity (“AFP”) filed suit to halt enforcement of Senate Bill No. 150, which requires an organization to disclose the identifies of its supporters if it spends $3,000 or more on issue advocacy or communicating nonpartisan factual political information between January and Election Day in a given year. AFP argued that the law chills First Amendment rights by deterring potential contributors from donating and that the Supreme Court has never approved this type of regulation for issue advocacy or dissemination of nonpartisan information. The district court agreed and enjoined New Jersey officials from enforcing the law.

Quoting Buckley v. Valeo, the court recognized that “compelled identification of contributors to independent groups that expend money on political causes ‘can seriously infringe’ the rights to privacy of association and to belief guaranteed by the First Amendment.” Therefore, laws like S. 150 must be examined under “exacting scrutiny” to determine if they support a vital government interest in ways that do not unnecessarily burden a nonprofit’s political speech.

After reviewing the law, the court concluded that the measure did not evidence “a substantial relation between the disclosure requirement and a sufficiently important governmental interest.” The court further noted that the Supreme Court has found a substantial relationship for regulating “electioneering communications” – speech that refers to a clearly identified candidate for office made within several weeks of an election – but S. 150 went beyond this type of regulation with a scope that had “few, if any, limitations,” as the law also covers communications which consist of merely “providing political information.”

The court criticized multiple aspects of S. 150, including the number of media outlets the law covered and the amount of time it applied throughout the year. Specifically, although state officials argued that S. 150 focused on certain kinds of media used in New Jersey elections, research showed that, in the state’s 2015 cycle, nonprofits spent 66% of their money on television communications, 13% on direct mail, and less than 10% on all other forms of media. The negligible use of the Internet, print ads, and billboards meant these forms of media were not widely used to communicate with New Jersey voters, yet, nevertheless, they were all covered by S. 150.

The court found that “the broad inclusiveness of [S. 150’s] definition of media bears little relation to what media are actually used by independent groups. As a result, any ‘substantial relation’ the disclosure requirement has to New Jersey’s interest in an informed electorate becomes more tenuous. Instead, practically any media spending appears to trigger [S. 150’s] disclosure and reporting regime, whether or not New Jersey voters are reached by the media listed in [the law].”

The court also observed that there is either a state or federal election in New Jersey every year, meaning that S. 150 applies annually from January 1 until Election Day. The court noted that “for all intents and purposes,” there was no time limitation on S. 150, even though comparable regulations at state and federal levels typically limited enforcement to 60 days before a general election and 30 days before a primary. That is because the Supreme Court approved the length of these electioneering communication regulation windows in McConnell v. Federal Election Commission. The court chided state officials for not learning the lesson from Citizens United v. Federal Election Commission – that speech regulation is more appropriate in the weeks immediately before an election.

At the same time, state officials could not “explain how the substantial relation between the disclosure requirement and the sufficiently important government interest that [the officials] contend exists for communications from January 1 through Election Day melts away for communications from the day after Election Day to December 31.” There was also no explanation for how political speech “during the first 10 months of the year merit[ed] the scrutiny that comes with [S. 150’s] disclosure requirement but not communications during the last two months of the year.” This undermined the state’s claimed interest in an informed citizenry, because “legislation and regulatory activities occur from Election Day to the end of the year.” The court concluded that the breadth of the time limitations in S. 150 weakened “the disclosure requirement’s ‘substantial relation’ to New Jersey’s interest in an informed electorate,” because it applied longer than any electioneering communication law approved by the Supreme Court and still was not long enough to accomplish the state’s purported interest.

AFP feared that production of its “NJ Taxpayer Scorecard,” which tracked legislators’ voting records on issues ranging from criminal justice reform to occupational licensing, would force it to disclose its donors under S. 150. Although its Scorecard focuses squarely on issues and does not support or oppose any candidate, AFP believed the “report could be characterized as influencing the electoral chances of each and every legislator mentioned therein, thus triggering [S. 150’s] disclosure obligations,” and forcing AFP to expose its donors to threats and intimidation from either government officials or private parties.

The court agreed and explained that “whether the Taxpayer Scorecard is an attempt to influence the election of a particular candidate or represents only the communication of ‘political information’ is a distinction without a difference for the purpose of triggering [S. 150’s] disclosure and financial-reporting regime. If AFP raised or expended more than $3,000 on compiling or distributing this Scorecard during roughly 85% of the year, the disclosure obligation would be the same whether AFP was attempting to advocate for or against a clearly identified candidate, to influence an election, legislation or regulation, or only to educate voters about the issues it monitors and/or advocates by providing facts or opinions.” Because the sheer breadth of S. 150 meant it was likely unconstitutional on its face, the court preliminarily enjoined the measure.

Before concluding, however, the court also commented on AFP’s as-applied challenge to S. 150 without ruling on the claim because it had won its facial argument. The court recognized that, in the current divisive political climate, donor disclosure may have a negative impact on AFP and its supporters in particular. “In a climate marked by the so-called cancel or call-out culture that has resulted in people losing employment, being ejected or driven out of restaurants while eating their meals; and where the Internet removes any geographic barriers to cyber harassment of others, in addition to AFP’s list of threats already experienced against those AFP stakeholders whose identities have become known,” AFP may have a strong as-applied challenge because disclosure of its contributors could subject them to threats, harassment, or reprisals from either government officials or private parties.

The court’s decision is a clear victory for nonprofits that engage in issue advocacy and provide information on political issues to the public as well as their supporters. The First Amendment protects each American’s right to advocate for the causes he or she believes in and guarantees privacy in associating with like-minded individuals without threats or fear of intimidation. The Supreme Court has allowed regulation of election advocacy to stifle corruption, but it has never sanctioned the disclosure of individuals advocating for an idea. The federal district court in New Jersey recognized this principle and ruled accordingly.

Last week, the “business” section of The Atlantic published an article about modern philanthropy in American society, touching upon a new book on the ...